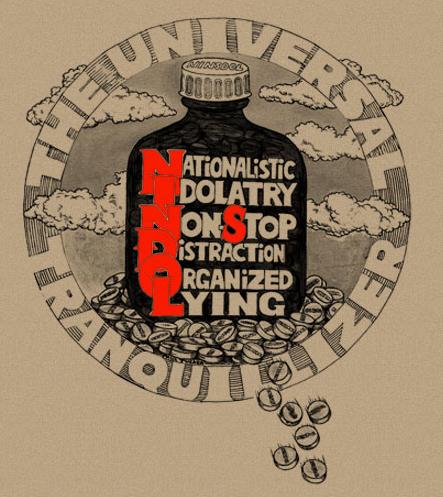 A brief review of Vivienne Westwood’s reading of her Manifesto, part of the Dundee Literary Festival 2008 programme.

Elaborately dressed DoJ students read the various parts from the Manifesto – including amongst many Pinocchio, Alice in Wonderland, Aristotle and Hitler to a packed Dundee University lecture theatre.  Rather than explain the fantastical tale with valuable messages on propaganda, culture and how to “prevent tradition being swallowed up in a global soup”; you should read the actual material here – www.activeresistance.co.uk

Westwood who seems so wonderfully nonchalant about her experiences, also spoke of her feelings facing a worldwide Apocalypse, the forecast for which doesn’t look great – potentially one fifth of world left in 100yrs due to mass migration, wars, disease etc; seas dead and half of London underwater. 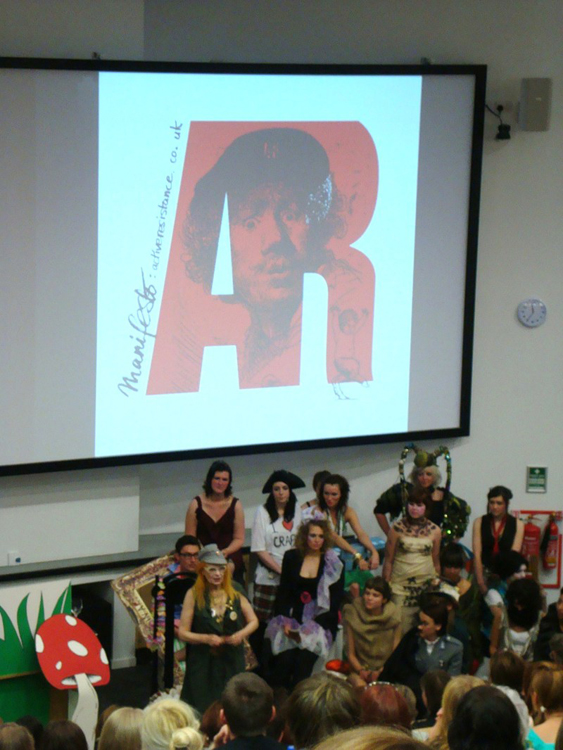 She then went on to give three “tips” she feels would help resolve this before irreversible damage is done include:
1) The work of people like Prince Charles (!) – “a man who has done more good in her life span than any politician” for his work including saving Brazilian jungles etc…
2) Businessmen (Richard Branson etc) coming together to create a thermo solar power station (the size of Austria), in the middle of the desert, to provide electricity for the entire world.
3) Young people to rally to CND (Campaign for Nuclear Disarmament).

She says anyone can get involved, including running “retired homes for dogs who have had accidents, we all have to do something!”

Another great quip by the great Dame included “children need discipline not freedom… they have to be bored, then they will do something”.

She summed up by saying that people won’t do anything about a war until it hits them, then it can be too late, so they have a party instead…  So it’s time to stop the party.  Perhaps this is why her UK focused messages, using words and costume to illustrate instead of powerpoint, is why they seem more impactful than Al Gore’s.