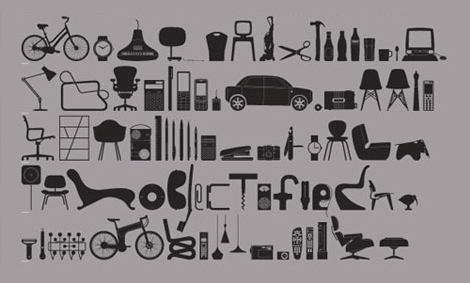 The latest in the series of Denki Documentaries is screening at the DCA on Tuesday 27th and Thursday 29th October. After the success of last months offering, Helvetica, Denki brings you Gary Hustwits follow up film ‘Objectified’.

Objectified looks into the relationships that are created between manufactured objects and the people responsible for designing them, and if anyone has been watching Design For Life on BBC2 recently you will know that is not always a straight forward one.

It looks at designers who are responsible for the re-invention of our manufactured environment, visiting and documenting various designers such as Apple Computers Jonathon Ive.

This is the second film in a planned trilogy by Gary Hustwit about design. The third film is still unannounced.

Screenings take place on Tuesday 27th and Thursday 29th both at 6pm.

Update: I got an email from, who I assume are, the distributors of this film pointing out that you can listen to an interview with the director, Gary Hustwit on iTunes. You can also download the film from there too.