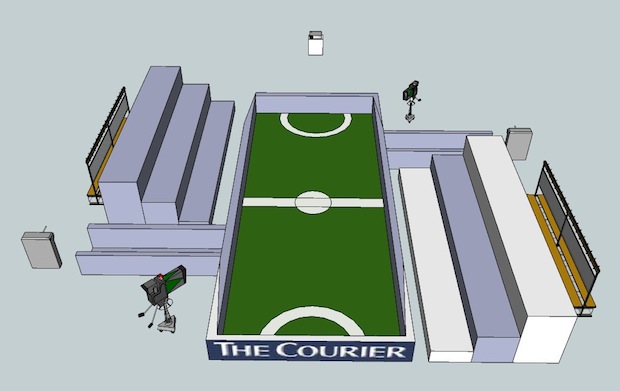 You might wonder why we’re posting details of a football match up here – well, Twenty-Four Hour Football is a performance within GENERATORprojects– designed to encourage viewers to participate as artists, in a performance by getting involved in an internationally familiar medium – a game of football.

The football match will act as a way of considering participation in an interactive artwork, in the context of a gallery space. Players will direct the performance for the time they are playing; and familiar incidents such as goals, altercations, injuries and conversations about previous experiences of art/football, will happen within the performance.

There will also be a series of films visible from the changing rooms for players/artists, which will act both as pre-match team talk and as instructional performance manifestos.

The match kicks off at 7pm on Friday the 26th of August, running until 7pm on Saturday the 27th of August. Anyone – members/non-members can take part on the day by turning up to Generator Project, Mid Wynd with a pair of trainers! You can read more here.
The performance is also being streamed which you can watch online from Friday at 7pm: http://www.ustream.tv/channel/twentyfourhourfootball
Join AMPS