Dundee named a hub for the creative economy 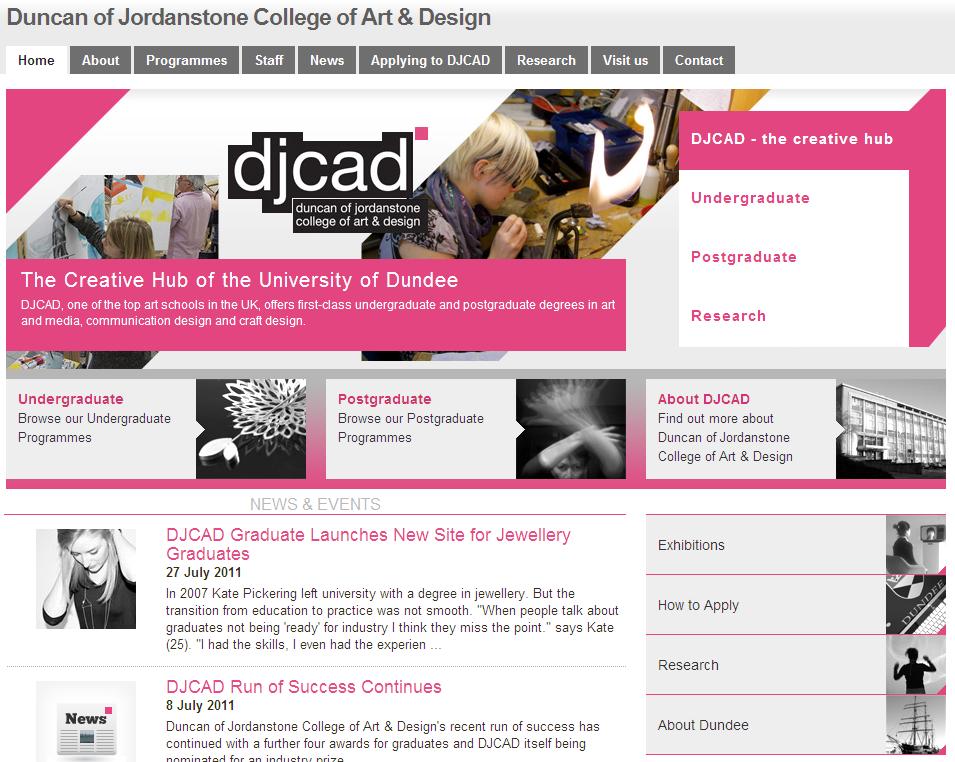 We’re delighted to hear that Dundee University has been announced as one of four Universities in the UK to lead a new multi-million knowledge exchange Hub for the creative economy, after winning an AHRC bid.

Over four years they will be charged with the task of building new partnerships and entrepreneurial capacity in the Creative Economy and increasing the number of arts and humanities researchers actively engaged in research-based knowledge exchange.

The Dundee-led project is supported by creative businesses, including SMEs, arts and culture organisations and other agencies and is supported by over £4million funding from the AHRC and additional investment from other bodies.

‘This is a project that will have a major impact on the creative industries and academia across Scotland,’ said Professor Georgina Follett, Deputy Principal of the University of Dundee, who is heading the project.

‘It will push design into areas it has not traditionally been associated with, such as sport, wellbeing, rural economics, and food & diet. It will reinforce the idea that design is not just about a beautiful product, it is something that can effect change in wider society.’

You can read more about the announcement here and we can’t wait to hear what it means for the city and Scotland over the next few years!