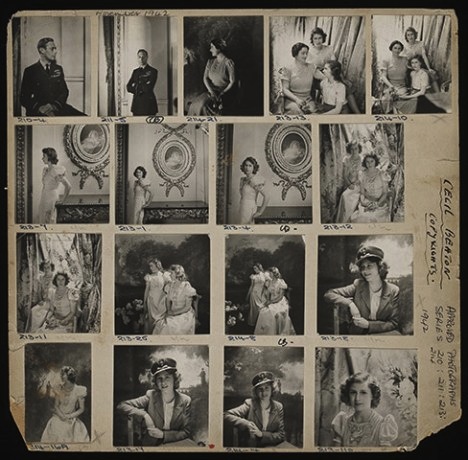 Cecil Beaton is one of Britain’s best known celebrity photographers. Even if you don’t recognise his name, like me, you’ll probably be familiar with his work; from 1926 until his death in 1980 he captured some of the most famous figures in the world. Renowned for his fashion and portrait photography (in particular with Vogue and Vanity Fair mags), you only have to picture any of the glamorous greats – Marilyn Monroe, Twiggy or Marlon Brando in your head, and the image you think of is probably one of Cecil’s!

So it’s great that his work is coming here via the V&A Dundee – the exhibition: Queen Elizabeth II by Cecil Beaton: A Diamond Jubilee Celebration will be held at The McManus: Dundee’s Art Gallery & Museum, from 30 September 2011 until 8 January 2012. This exhibition, depicting The Queen in her roles as princess, monarch and mother, is the first collaborative partnership between The McManus and the V&A – part of the pre-opening programme for the V&A at Dundee.

Although I’ve not read any of Cecil Beaton’s extensive diaries, I imagine that they are pretty interesting; so the opportunity to hear a fast track version of him and The Queen, through a talk by Hugo Vickers sounds good. Hugo is an expert on Cecil Beaton – apparently he spent five years of his life reading all 150 of Beaton’s diaries!  Thanks to the V&A you can come along to this talk on Saturday 8 October; and although you can visit the exhibition anytime, you have to book tickets for this talk.