Garden of musical delights – N_ilk at the Botanics returns 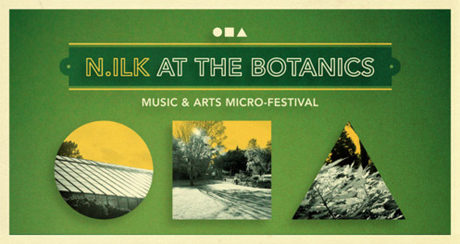 Creative Dundee highly recommends the N_ilk at the Botanics micro-festival of music and art taking place on Saturday the 17th of September in the grounds of Dundee University Botanic Gardens, featuring a mouth-watering line-up of cutting edge Electronica, multimedia performance, acoustic songsmiths and math-rock alongside an array of handmade crafts, prints and zines.

Among the many musical highlights are appearances from drums-and-synth duo Architeq, whose ep Birds Of Prey received huge critical acclaim on its release in 2009 and raised the bar for forward-thinking electronic music. Fence Records stalwart Johnnie Common will be performing songs from his debut album ‘Master Of None’, a lo-fi electro-pop masterpiece that has delighted critics and music lovers alike since it’s release earlier this year and from London, Lukid will be showcasing his extensive beat-making skills and skewed version of Hip-Hop that has invited comparisons to Madlib, Flying Lotus and Boards Of Canada. Grampian Mountains will be performing a live re-score to the 1975 Russian Animated film ‘Hedgehog In The Fog’ and there will be a host of other local and national talent to get a groove on to.

Pelmet Nites will also be running a stage – this collective originally started promoting gigs in Dundee in 2006 and have since made the move to Glasgow where their policy of showcasing the best up and coming new live music is paying handsome dividends and gaining them a very respectable reputation as promoters of real substance.

Finally, and also previously featured in Creative Dundee a short while ago, Two Dolls will be brining their ‘quick and dirty’ Speed Crafting from 2.30 -5.30pm on the day – a fun-packed few hours of making mini craft projects, meeting new people and having a laugh.

This is just barely scratching the surface of all that there is to see and do on the day so get yourself one of the ridiculously cheap £6 tickets from Groucho’s or the Dundee University online shop and go and enjoy what promises to be a very special day out indeed. 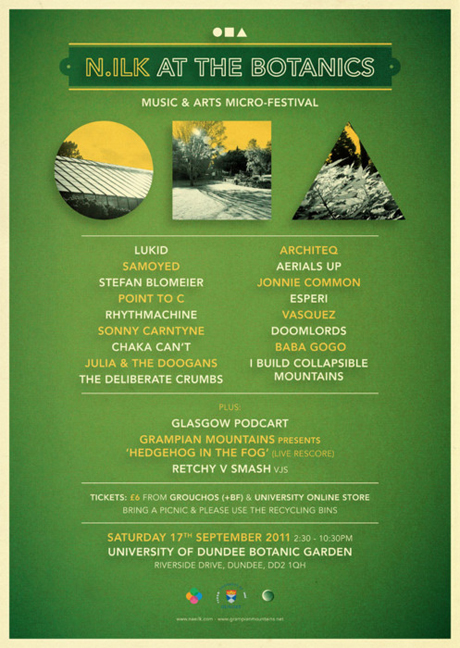