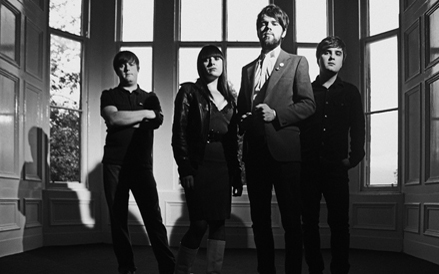 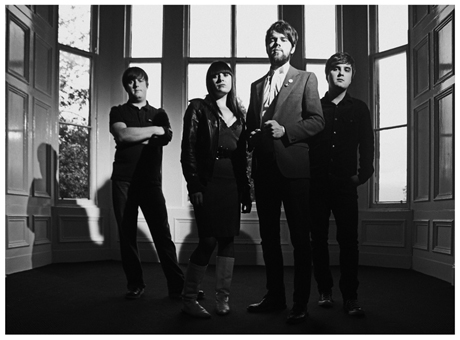 It’s been well worth the wait, The Hazey Janes are gearing up for the launch of their (technically) 3rd album, ‘The Winter That Was’. The album sees a more mature Hazey Janes returning with more wistful lyrics and lush harmonies to paint away those depressing autumn/winter days and take you back to fun, happier, sunnier times!

Described by Mojo magazine as the best ‘haggis powered country rockers yet’ (quite an accolade when you consider the pedigree of bands that have made it from Scotland), the Hazey’s have wound an interesting path through their music career. Recording their debut LP, Hotel Radio, in Cadiz with legendary Spanish producer Paco Loco. The album met with critical acclaim and saw them become the first Dundee band to hop over to Austin and play at the acclaimed SXSW festival.

In 2007 they were off to the states again to record their follow up album, Hands Around the City, this time in New Jersey with the producer of Sonic Youth and the Hold Steady, John Agnello. However, things did not go as planned, and this album has been stuck in a limbo that the band refer to as ‘somewhere between the cosmos of legality and the galaxy of small print.’ – This album remains unreleased and a bit of a mystery.

Moving on, the Hazey’s got back to what they do best, writing music… and that brings us back to the new album ‘The Winter That Was’. they have already released the first single ‘Carmelite’ and the second single ‘Girl in the Night’ will be released in a couple of weeks before the album itself launches on 24th October through Armellodie Records.

To celebrate this launch the Hazey Janes are throwing a party at Dukes Corner in Dundee on the 24th October from 8.30pm.

Tickets are priced at £4.00 and available from Grouchos and Dukes Corner.

You can also find out more about the Hazey Janes on their Facebook page or at their official website, www.thehazeyjanes.com.

Album Pre-Orders being then over here!