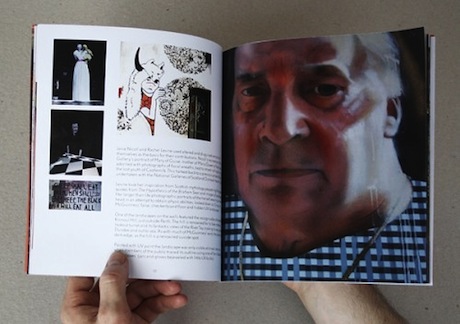 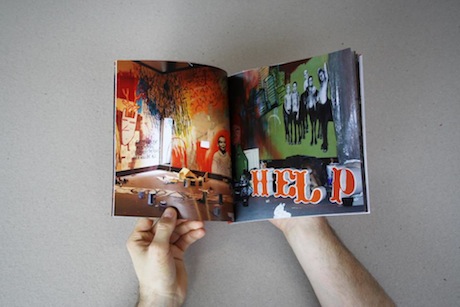 Back in the summer of 2009, Rough Cut Nation filled the halls of the Scottish National Portrait Gallery in Edinburgh, just as it closed for a major two and a half year redevelopment. A team of young artists and musicians collaborated using a range of street art techniques to explore contemporary Scottish identities, inspired by the traditional murals of William Hole that cover the walls of the Gallery’s main hall.

The installation/exhibition, brought street art into the Victorian building and ran for three weeks (attracting some 13,500 visitors!) and staged gigs by some of Scotland’s best new bands – it was a striking and brilliant event. 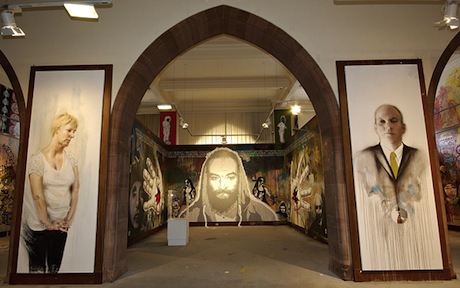 Now the artists, National Galleries of Scotland and Edinburgh College of Art have joined forces to launch a book, which features the incredible artwork from the show; and marks the Portrait Gallery’s re-opening. It was created by Edinburgh College of Art students who won a graphic design competition run by the College and the National Galleries of Scotland.

The winning group, Verb, won after pitching their designs to a panel of experts from the College and the galleries; and was financed from money raised in the auction of works featured in the Rough Cut Nation show.

The book will be launched in the just-freshly-reopened National Portrait Gallery and to celebrate, The John Knox Sex Club will be performing in the main hall on 9 December at 6pm.

Nice work to all involved for producing this publication – hopefully the other big cultural guns will watch this project with great interest; and then seize the opportunity to work with more fresh local talent in the future!

Copies of the book will be on sale in National Galleries of Scotland shops and online  – (£9.95).