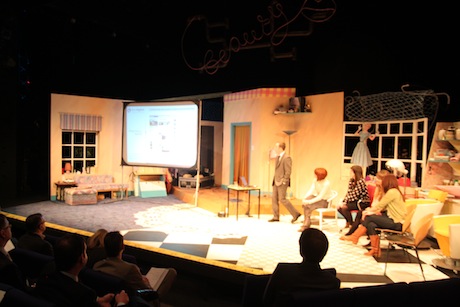 Creative Dundee was invited to join VisitScotland’s Angus and Dundee Tourism Industry Event at The Rep, which was aimed at highlighting the major developments in the tourism industry. We were delighted to run a workshop for attendees which showcased local creative talent and considered how the creative sectors and tourism sectors could work more collaboratively together in the future.

The day was opened by VisitScotland Chairman, Mike Cantlay who talked about VS’s strategies to encourage tourism in the area; and cited big opportunities for the sector including the new Disney/Pixar film about a Scottish princess, Brave. It was nice to see that NEoN Digital Arts Festival got a mention in the presentation, coincidentally NEoN brought one of Pixar’s most prolific animators, Bud Luckey to Dundee back in 2009 – but then Dundee is of course always one step ahead! 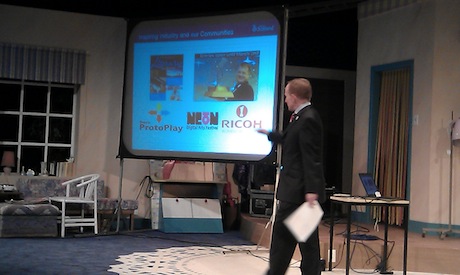 Philip Long, Director of the V&A at Dundee then spoke about Dundee as ‘an extraordinary place for creativity and innovation’ and that ‘the city has a great sense of community support… brilliant at seeing the potential of opportunities’. He spoke of Dundee/Angus and the surrounding areas which have pretty much everything in terms of a fantastic offer/opportunity for the tourism and heritage sector. Then finally spoke of the fact that there is no one place in Scotland to find out about Scotland’s rich design heritage, which is of course where the V&A at Dundee will really lead on!

It was great to hear Philip talk of Valentines which was the largest producer of greetings cards and a major employer in Dundee until it closed, back in 1994. As Philip explained, they first pioneered the picture postcard which informed the world what the rest of the world looked like – really one of the great pioneers of modern tourism. Now, you can barely find anything about Valentines online, so it will be amazing to have great innovators from the area finally archived, recognised and showcased forevermore! 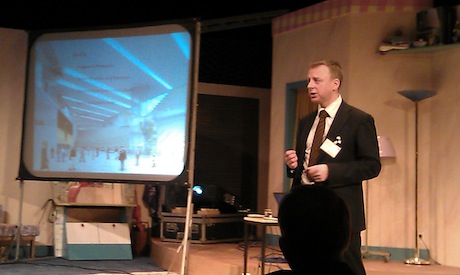 Can you just imagine how cool Pecha Kucha Nights would be at the V&A?

Creative Dundee was joined by Bunty and Bella, DCC Digital and Vanilla Ink for the workshop, each talked through their creative business and where they saw the ‘fit’ between the two sectors.

Essentially we stressed that the sectors are like two peas in a pod, sharing a mutual aim of engaging audiences, visitors, customers, users with their product, service, experience or offer – a great starting point for developing a strong relationship.

It was a pretty surreal day as our workshop was on the main stage which was kitted out for the production of Steel Magnolias, so we were seated on retro 80s hair salon chairs! That aside, it was a useful insight into the world of the tourism and visitor attraction sector and a good opportunity for the speakers to talk about their work to a completely different sector, who left with interesting leads to follow up.

It was clear that some people aren’t sure how micro creative businesses could impact their own business – where they need opportunities for critical mass tourism – so there is still work to be done to convince them how we might partner up.  However, many attendees could immediately see opportunities to collaborate with the creative sector and it was very cool that those early adopters came along to our Pecha Kucha Night, that evening – so if you are reading this, we hope you enjoyed and thanks for coming! 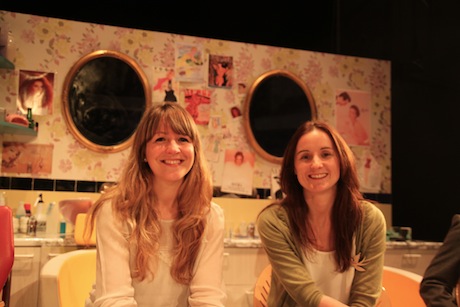 Bunty and Bella in the Salon!

STV featured the event on the evening news and we feature on stage at about 15:13mins (you just have to make it through the advertisements at the start!) – thanks to V&A at Dundee for letting us know! Click here to view the piece: VisitScotland event in Dundee