In January 2011, a former warehouse off Blackness Road was transformed into a new and exciting studio with workshop facility. Tin Roof Studios is the labour of love of a visionary and dedicated group of recent Duncan of Jordanstone graduates.

Upon graduation, a lack of affordable studio and workshop space quickly became a problem. “A lot of people felt forced to move to Edinburgh or Glasgow”, commented one committee member, “they didn’t necessarily want to leave but feel they have no choice.” Without equipment or space it can be near impossible for local artists and designers to develop their craft beyond Art College. 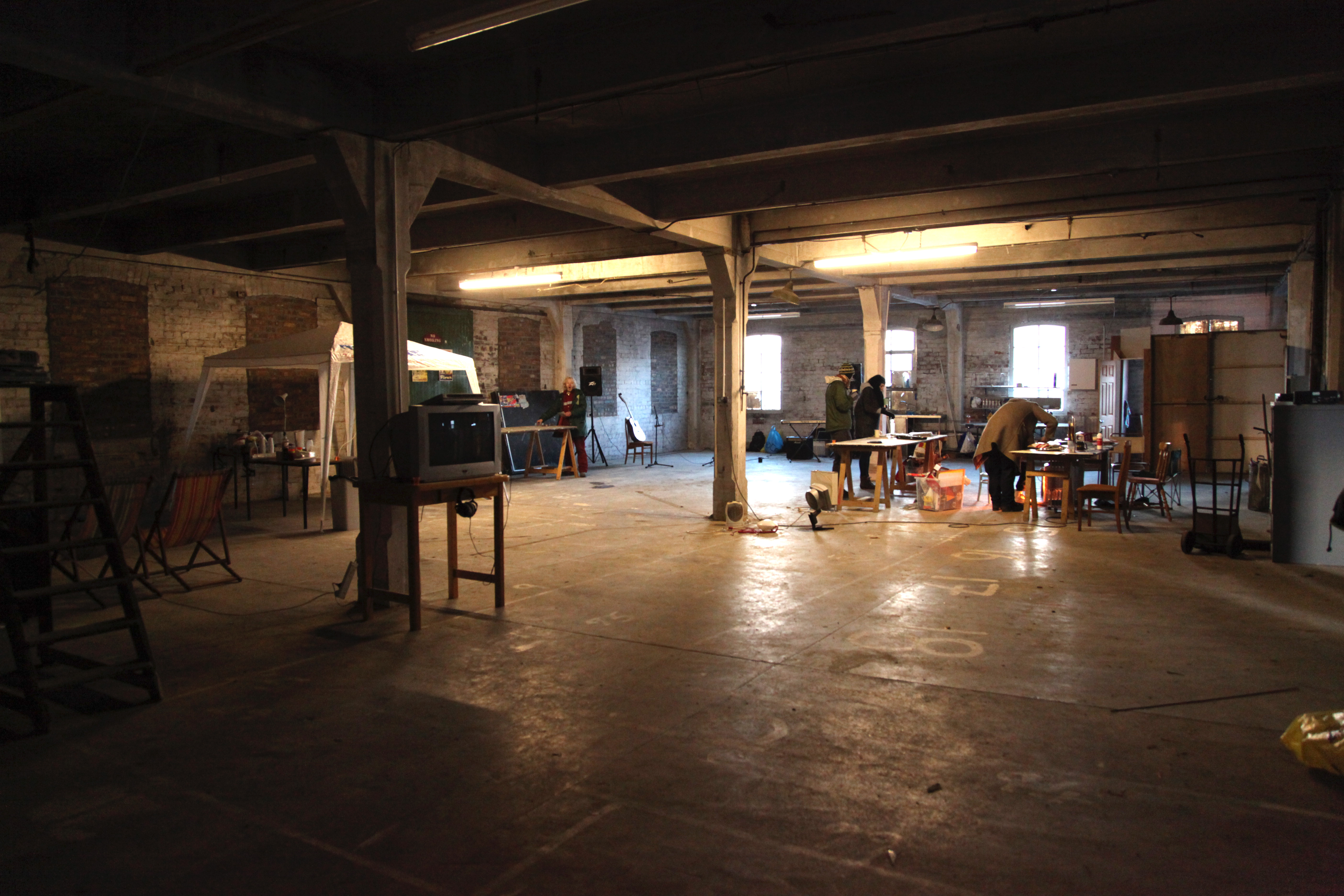 Rather than leave, like so many before them, this small group of likeminded artists and designers began to work towards an affordable and sustainable solution to their dilemma. Salvage, and a generous donation of time and materials from the local community, allowed the studios to open with an initial expenditure of less than £1000. The invaluable support of the Cultural Enterprise Office enabled the team to successfully negotiate a very steep learning curve.

What began as just chalk lines on an open plan floor has now grown into a warren of studio with a curious resemblance to an allotment. Each person has constructed walls to define their space by any means possible; old doors, concrete blocks and the odd degree show panel have all been used to good effect. The yard outside comes into its own during the summer, acting as both an outdoor studio and a social space for events. There are even plans to utilise an old bath for growing spuds and veggies. 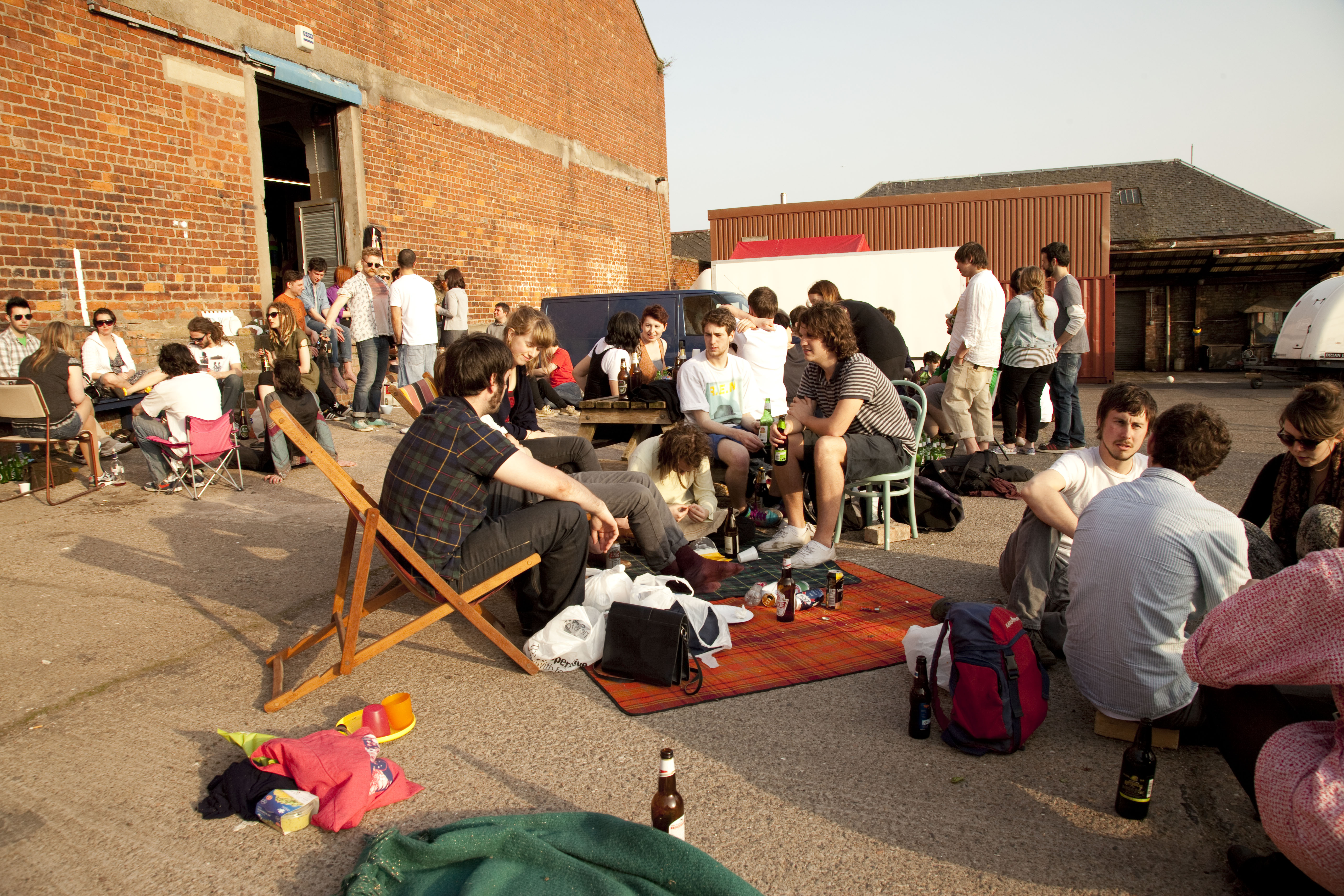 The members of Tin Roof, value as much as anything else the supportive network of neighbours that surrounds them. One artist commented that they feel they would have gone mad by now had they been working alone at home all this time. Many people aren’t lucky enough to have a day job in the creative industries and must work alongside people that don’t really get what our passions really are. Several artist said that they have learned many new skills from within their new creative community. Amongst so many diverse people, there always appears to be someone willing to help you out when you’re in a rut or just looking for inspiration.

There was a sense of relief from the Tin Roof team that they had survived the chaos of last year. However, they now look confidently to the future in order to build on what they have begun. Steadily, work goes on to improve the facilities, and to ensure that they cater for the diverse needs of their members. Soon, they celebrate the success of their first year with a new and shiny website. Keep up to date with all the news and opportunities from inside the Tin Roof Studios by logging on to www.tinroofdundee.org. (website coming soon…)