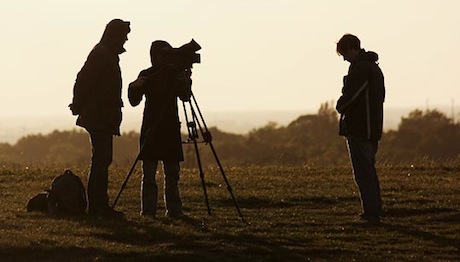 ShortCUTS in association with Somewhereto_  launches on 19th June 6-9pm at the Hannah Maclure Centre. This free event night is open to all creatives interested in film making.

ShortCuts is designed to pair groups of less experienced creatives with professionals in the field of film making and facilitate the young perople’s ideas. However, directors are the only individuals within groups who MUST be 16-25.  Somewhereto_ has the clout for access to new and exciting places for you to access and film!
The regional co-ordinators include Claire Dufour, Lauren McCorkindale, Dylan Drummond, Stephen Grant. Below is some more info about what ShortCUTS is all about… But come along on the 19th, to find out much more!
Sign up for the event here: ShortCUTS Facebook Event and read the invite, below.
ShortCUTS Facebook EventWhy?
Opportunity to develop skills in film-making
Experience/references to put in portfolio or show-reel
Explore and promote Dundee
Become part of a larger professional film-makers network
We have the power!Goals
Working with YOU in a range of different settings on a range of different kinds of short film. Facilitating the action of film making whilst allowing the theme or narrative of the film to be dictated by the young Directors . The goal is to complete the filming in one day, editing and post production within 10 days with the aims for a screening in the Dundee area shortly before the return of the scholastic term Sept 2012.What?
Facilitating, make it happen, giving an experience of filmmaking!
Supporting young people to produce short-films (between 3 and 5 minutes).
Eg: experimental, documentary, drama, music video, etc… 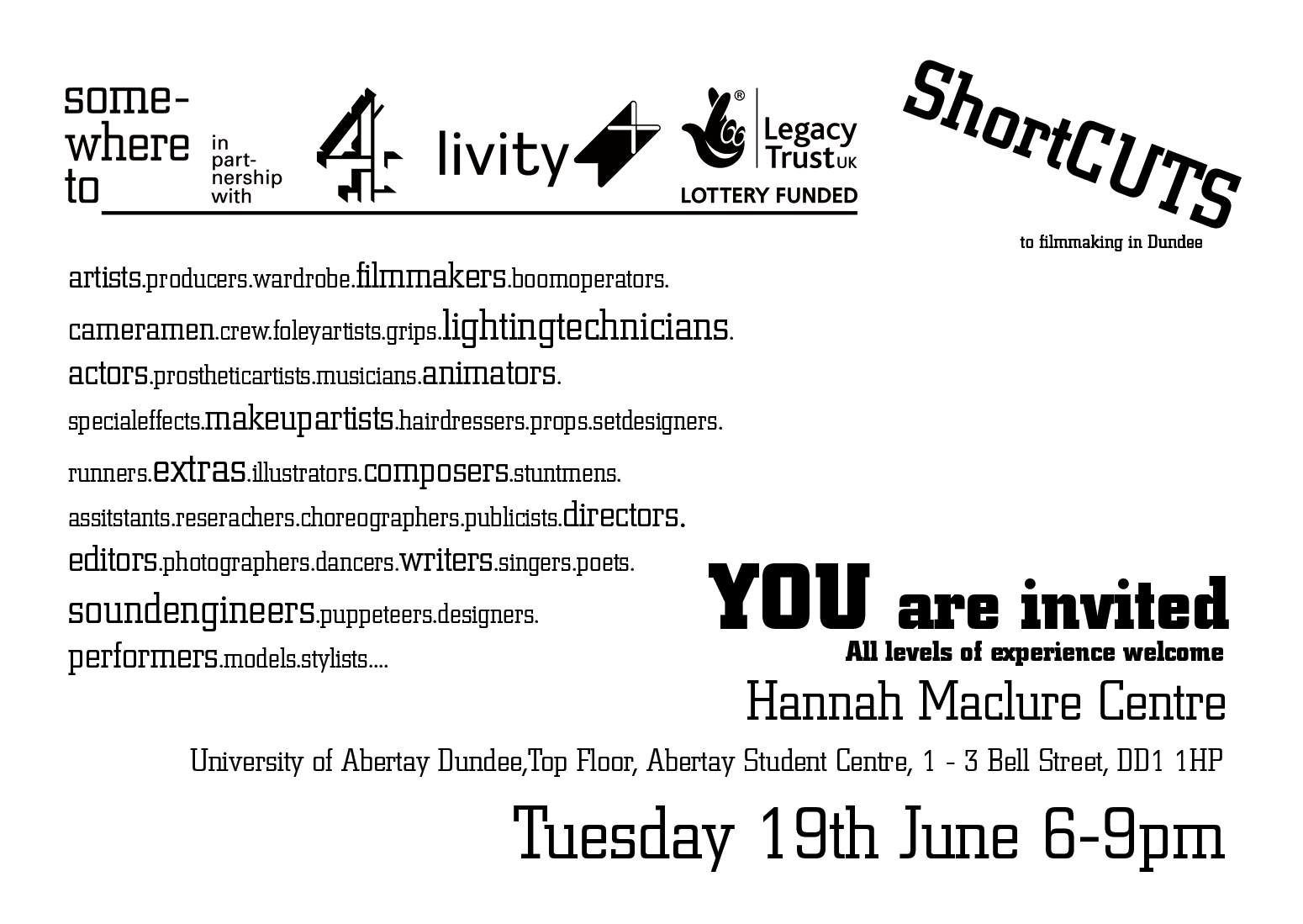