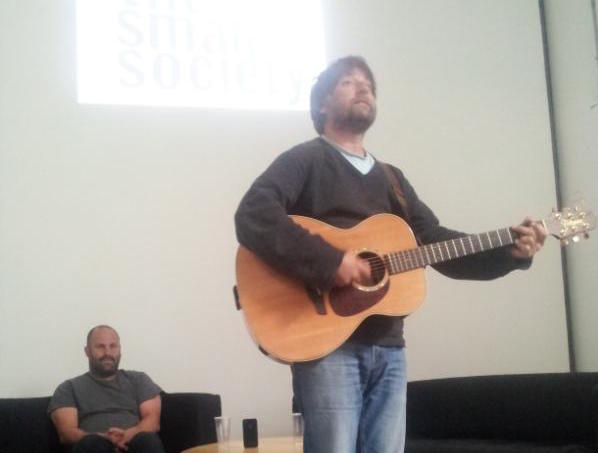 The Small Society Lab is an annual event hosted at DCA and organised in partnership with the University of Dundee.

Throughout June, the Small Society Lab brings together artists, designers, scientists, community activists and members of the public to explore ideas that exist on the boundaries of art, science and community.

A series of one-day events explore specific themes, and include engaging presentations by Lab Leaders and hands-on workshops.

The Sung Community
This lunchtime event will explore the link between building communities and music, led by the Mercury Prize nominated musician Kenny Anderson, AKA King Creosote.

King Creosote has long worked in and for his community in Fife. His songs come from a deep connection to the people, the place and the environment that is pretty much unique to the East Neuk. Kenny is at home in his community and regularly organises events, music nights, festivals and arts happenings that provide an enormous sense of identity and value to the people that live their lives in this remote part of the UK. It’s telling that when he was nominated for the Mercury Prize in 2011, he spent more on-air time talking up the East Neuk than he did promoting his work (which may explain why he only came 2nd). Kenny’s passion and commitment to the people that he lives with is unique and inspirational – but this is not a smooth path with a local red-carpet laid at his feet. This is the East Neuk where people are, well, from the East Neuk and that is a great place to start a story about a musician who’s audience is the people he can see and not those at the end of a Facebook page. Thu 7 June, 12.30 – 1.30pm.

The Visionary Community
With communities around the UK competing for an ever shrinking pot of resources to fund development and improvement projects there has never been a time where people need to share focus visions on what they want their community to be. The challenge of finding direction and focus against a backdrop of being inclusive and representative of entire communities can be a daunting prospect. In this talk we want to bring together different voices from communities from both Dundee city and surrounding small towns and villages to tell their stories of the projects they are working on and working towards. Wed 20 June at 12:30m.

The Sourdough Community
This lunchtime event will explore the link between building communities and bread, led by the baker and author Andrew Whiteley.

Bread Matters emerged from Andrew Whitley’s experience of starting and running The Village Bakery from 1976 to 2002. Andrew left a career as a BBC Russian Service producer for a life of greater self-reliance in Cumbria. He converted a stone barn next to his house into a small bakery and tearoom and grew organic fruit and vegetables on five acres behind. A wood-fired oven was built because the village electricity supply was inadequate, there was no mains gas and oil was very expensive in the mid-70s. It turned out that baking with renewable energy was fully consistent with the main aim of the bakery – to make tasty and healthy bread and cakes using organically grown English wheat locally milled by water power. By the end of the 1980s, the bakery and restaurant (for that is what it had become) had achieved a certain reputation, but the premises were woefully cramped. So a new bakery was built in 1991, incorporating a French wood-fired oven with a capacity of over 500 loaves.

The new bakery began to supply wholefood and organic shops in various parts of Britain. Then, as the importance of an organic approach to food and health became more widely recognised, the bakery was asked to supply Waitrose supermarkets.

In December 2009, Bread Matters moved to Macbiehill – 17 miles South of Edinburgh in the Pentland Hills. Here in a converted farm steading on a five-acre organic smallholding, courses resumed in July 2010. Mon 25 June, 12.30 – 1.30pm. 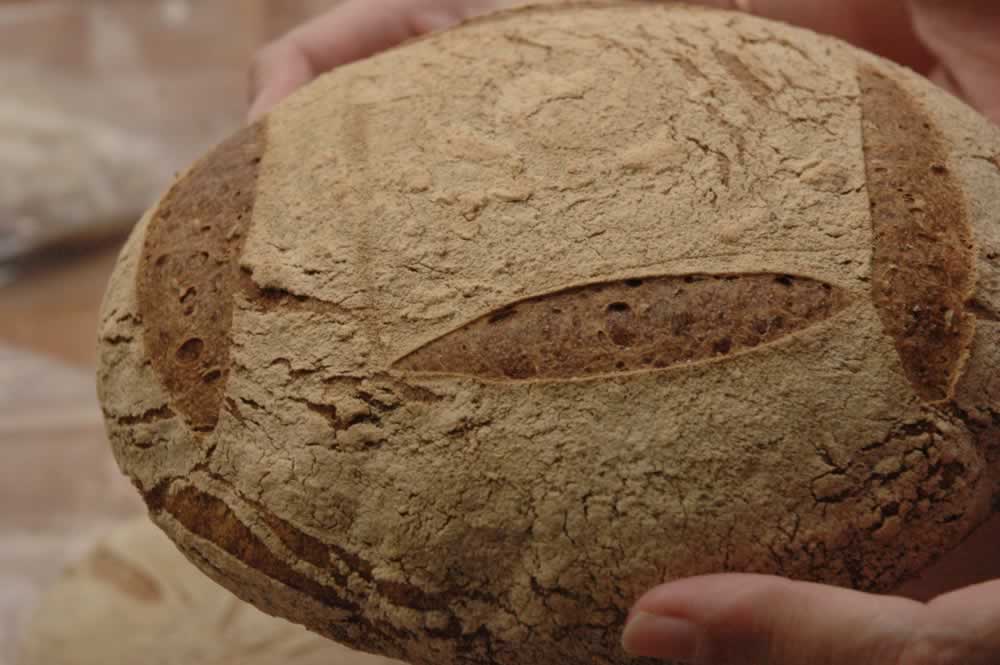 The Serendipitous Community
A lively debate about the challenges of Serendipity in today’s digital society, linking research conducted through SerenA with a broader question posed to the panel with Mel Woods, researchers from the SerenA Team and guests.

Serendipity has been well-documented in the history of discovery and innovations in science. Now, in contemporary digital life there appears to be a resurgence of interest in the fleeting phenomenon, why is it this?
There will be time for questions following the panel talk as part of the event. Wed 27 June, 12.30 – 1.30pm. 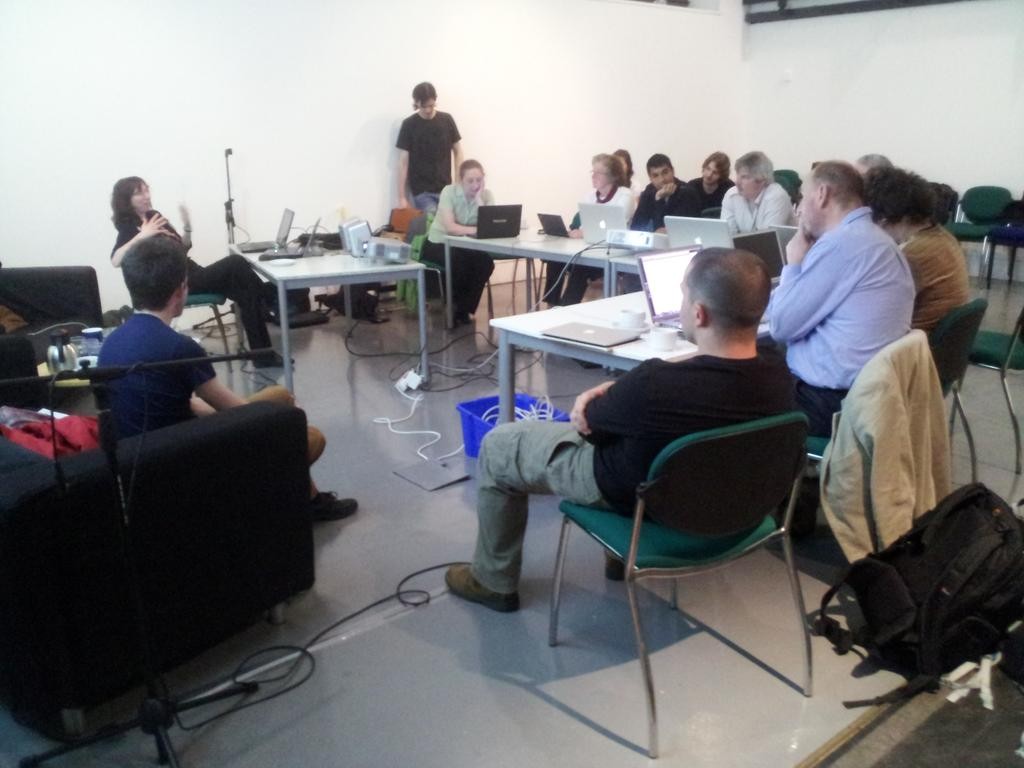 Chasing Serendipity with Linked Open Data Workshop
Are you interested in Linked Open Data (LOD) and the vision for the semantic web that is becoming reality right now? With all BBC programming, Wikipedia (DBpedia) as well as museums, libraries, cultural and heritage organisations adopting LOD, this workshop will provide hands-on experience of working with semantic information published as Linked Open Data (LOD).

Participants will be introduced to the basic concepts of the Semantic Web, and be given the opportunity to construct, individually or in small groups, machine readable profiles of themselves and their interests using the Resource Description Framework (RDF). Building on these profiles, participants will be encouraged to explore LOD, in the hope of making serendipitous discoveries. These discoveries may be about anything, such as articles, facts, events, locations, or other people. The workshop will culminate in the sharing of discoveries and the strategies used to uncover them. Wed 27 June, 2 – 4.30pm.

News, The Web and the Hyper Local Community
Paul Egglestone from the school of Journalism and Media will be hosting a debate about the future of news and journalism and live data. Come along for an open discussion on what this means for you in Dundee. From education to energy, health and poverty, governments and NGO’s are opening up their datasets so that ‘anyone can look at patterns and create informed solutions to global challenges’. The role of the journalist is changing. They are adapting from those who report for a newspaper or broadcaster, to those who know how to find, make sense of and ‘publish’ data in ways that connect it to people in new ways. Thu 28 June, 12.30 – 1.30pm, Free.