RARA: Champions of the future and past 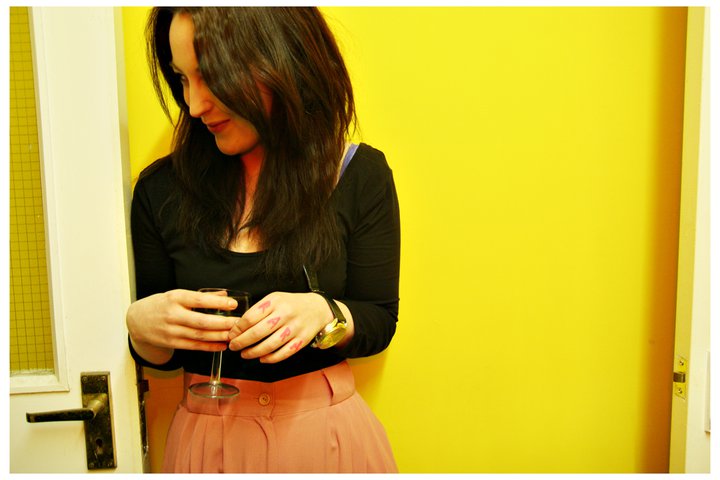 To say Erin Ward is understated about what she does, is an understatement. This lady has done some pretty remarkable things to support emerging new local talent and stock excellent vintage clothes, since launching 4 years ago. Many graduates and makers have featured on the clothes rails of RARA and the Pretty Vacant Showrooms. We caught up with Erin to find out more about one of Dundee’s most favourite retailers…

Tucked up on Exchange Street, RARA was one of first of the now growing number of independent retailers to have transformed ‘Downtown’ Dundee into a shopper’s haven. And RARA isn’t your average vintage shop, its spacious boutique style layout, with comfy couches and a cocktail bar checkout, welcome you in to find that perfect retro one-off piece.

Coming from a large family, Erin’s love of vintage stems from growing up on hand me downs, ‘Vintage is a style choice, it’s not about fashion. I keep trends out of it, I don’t select clothes to stock or do customisations, RARA is a proper vintage shop and people will decide what they want, it’s as simple as that’.

Graduating from DJCAD in 2007 from Printed Textiles, Erin knew that she wanted to support her fellow design friends (who included flat mates Kate Pickering of Vanilla Ink and Lisa Maclean of Altar Jewellery) and set on a quest to open a shop showcasing new designers in Dundee, her hometown, which lacked a city centre outlet for promoting creative talent.

After securing some financial support from the Prince’s Trust, RARA was born in May 2008. As if that wasn’t enough, Erin went on to complete her Masters of Design in 2010, whilst running the business. This helped her gain a whole range of transferable skills, such as undertaking market research and strategic planning, which transformed her from a maker to a designer and a business.

After meeting Ted Polhemus, the American anthropologist in 2006, Erin knew she wanted to stay and create something in her home city; Ted believes that the best talent emerges from small cities like ours and in ten years (ie 2016), Dundee would evolve into a cultural capital. He isn’t wrong.

New designers now come to RARA for the chance to sell or exhibit their work. Erin is a big believer in providing that first foot in the door, helping them to understand their place in the market and also build networks. ‘It can be intimidating at first to sell your work, so this gives people the chance and place to try it out’. Erin takes on a mentor-like role, for example, by giving them advice on how to price work. 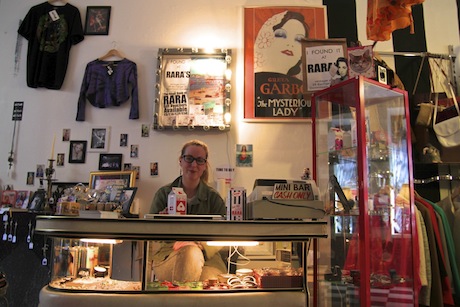 JUDE Magazine is Erin and collaborator Lisa’s other main love, and although currently on a bit of a break, they have plans for a revival. ‘JUDE is a mixture of frivolous and serious, as well as being a bit of a showcase which gives people a glimpse of the future and is all about Dundee – the history, the people and the future, these are key drivers for Erin, ‘Both RARA and JUDE appeal to a whole range of people, they provide the chance to promote creativity to people out with the creative community, the people are a really important part of what we do’.

Asking Erin’s tips on setting up in business, she says that she didn’t envisage it would be so tough, but puts her success down to passion – being based in a city she loves – and good understanding of her business idea, ‘I did a lot of research into my market, it’s important to have a good business plan… I would tell anyone thinking of doing it to get support from their family and friends, show them what you are thinking to get their views. I’ve also learned a lot from people coming into the shop’.

Erin’s other important features for starting up include finding a good landlord who really gets what you do; Erin credits her own who is really supportive of up-and-coming creative talent. Finally, finding support can be tough, ‘there just isn’t enough support for people thinking of opening up shops. Things like the local retail awards really aren’t useful and are a bit of a joke, with the same shops wining year after year. There needs to be a lot more support to encourage more people to just go for it’.

And another highlight includes Su Pollard hanging out in the shop. Spotting Su saunter past the shop window one day, opportunist Erin created a ‘We love you Su!’ poster and placed it in the window; Su came in the very next day, made herself at home and chatted as if she’d known Erin forever.

And as if to prove that RARA is a hot-bed for creative talent and future celebs; the lead singer of Cha Cha Heels, Cragg Stromo appears and settles down on the couch. Following rigorous security checks, Cragg has just discovered the band is playing at the Olympic Stadium on 6th August, part of a showcase of Scottish underground music. He and Erin start to discuss what he might wear on the night… and guess what, yup, his stage outfits are made by a new designer stocked in RARA, one of Dundee’s best creative collaborators…

Visit RARA and the Pretty Vacant Showrooms in person at 29 Exchange Street, Dundee or online: www.facebook.com/RARA.vintage.dundee

and @RARAShowrooms and RARA make the best personalised presents too.  Beat that high street.