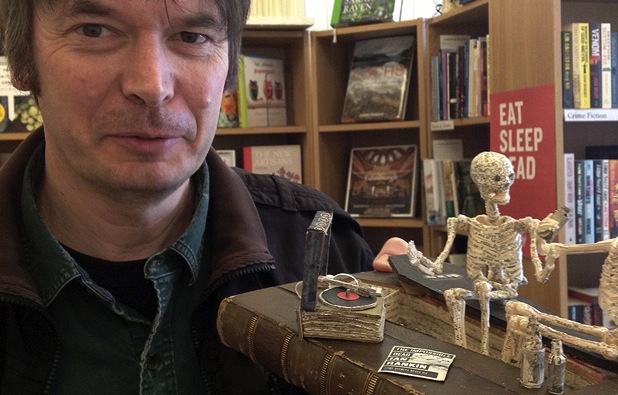 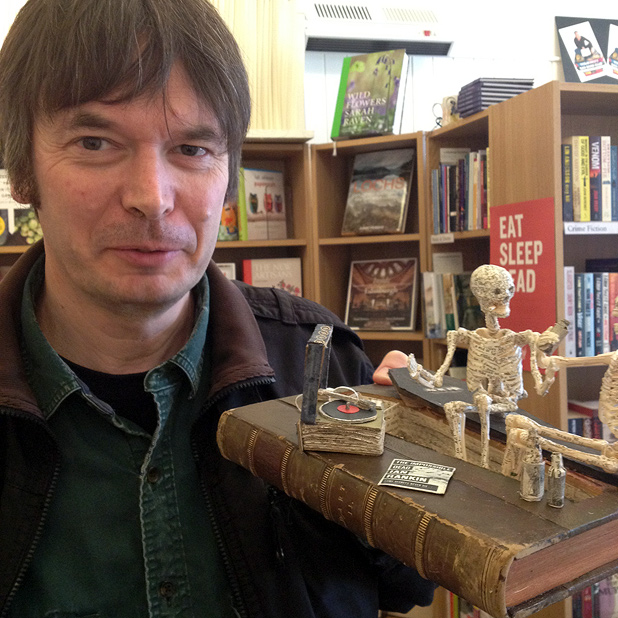 It’s not every day that a mysterious visitor donates unexpected art works to cultural collections. But that’s what happened to Edinburgh’s libraries and cultural venues last year.  Now this interesting collection of intriguing little paper sculptures is off on a national tour and is coming to Dundee!

The Scottish Poetry Library was the first recipient of a gift – mainly made of book pages, it was found tucked away in one of their bookshelves. And although it was thought to be a kind one-off gesture, over the coming months a total of ten sculptures appeared throughout Edinburgh, each with a message, but with no note of the creator’s name. Clearly in support of all things literary-like and particularly libraries, the references to literary greats included Edwin Morgan, Victor Hugo and Ian Rankin – whose novel Exit Music was depicted with a tiny gramophone and coffin.

Edinburgh Film House’s message said ‘For @filmhouse – A gift in support of libraries, books, words, ideas….. and all things *magic*’

The donor has never been named, even though the Evening News thought they’d sussed out who the artist was. They had to bow to public pressure, when people declared through a poll they didn’t want to know the sculptor’s identity…

Another great reason to visit the Central Library, this collection will be on show from 7 – 25th September 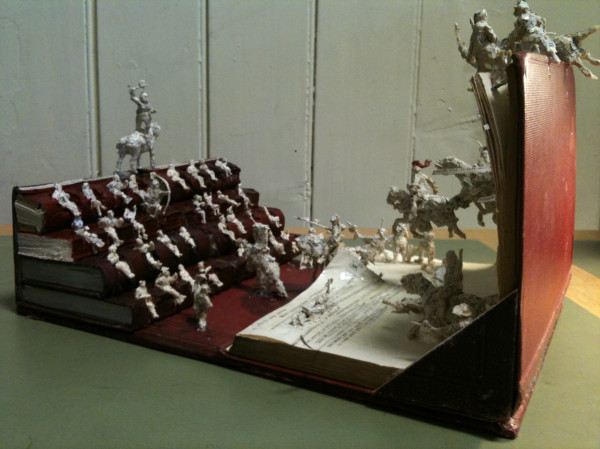