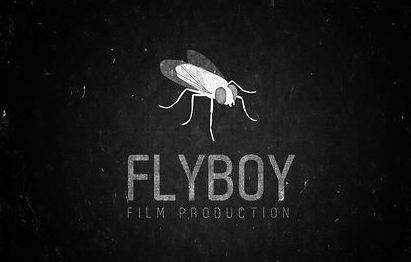 Since 2009, film maker John Fairfield has been making films under the production banner, Flyboy Films. What started as a degree show collaboration back in 2009 with fellow student,  Alisa Lawson, has now grown into a full on production team team with close to 40 individuals. John took some time out reflect on his time with Flyboy, and to reveal some of what it takes for a home grown film company to get off the ground.

This year has been a busy year for the collective, as every year has been to date. In January, at the DCA cinema, Creative Dundee attended a showcase of some of their short films to date. The event marked a three year milestone for the crew who continues to go from strength to strength.”It was an industry showcase to show many people’s work. It was about everyone, as a collection of people” The showcase was used to bring to the attention of those in the film industry just some of what is going on in Scottish, and particularly Dundee film making.  The Royal Television Society, the BAFTAs and international film festivals have presented Flyboy with awards, recognising their talent and graft. The showcase was a great opportunity to also allow a local audience to celebrate these achievements together with the crew.

“I’m not an arty film maker in the slightest, I don’t think any of us are. I don’t think were trying to evoke any message in our films. It’s just great entertainment, we make genre films. We make films for entertainment value and the kind of films we want to make

John puts their winning formula down to working with a whole host of great people, from both within and out with the immediate Flyboy crew. Producer John, Director, Matt Cameron, and Director of Photography, Ian Forbes are the creative and organisational core to the 40 strong crew. Trust, understanding and respect underpins the success of their creative process. Flyboy has very much been driven by all three of them, leading a technical team in a collaboration of storytelling.The longer the crew have worked together, the more efficient, and more creative they have become. “There’s not one person who isn’t important on set. I think that’s why we have such a good dynamic on set. It’s a big clock, you take one part of it out and it doesn’t work”. With every film they are in a constant state of learning, every time, pushing the bar and learning how to do things better.

Flyboy are proud of the high production values present in their films, especially due to the budget constraints they have worked within. “The digital age has opened up so much. If we were working in 16 or 35 mm film there would be no way that we could make these films…. Some of the budgets we’ve had, haven’t even been budgets. You wouldn’t even call it a shoe string, just that plastic thing at the end. The production values are down to us learning”

Since 2010 John explained how they have had the opportunity to work with lots of different people from Dundee, across Scotland and London, each bringing something new to the mix. In particular, Ian Richardson and the Duncan of Jordanstone’s Visual Effects Research Lab has been a tremendous support over the past three years.

2012 has been the year of the music video for them, working with Tango in the Attic and The Jagged Violets. I particularly loved the glamorous and beautifully sinister twist given by John and the crew to Jagged Violets bluesy tale of love loss, “Thoughts of You”.

As part of the St Magnus Festival festival of the Arts in Orkney, Flyboy have created a music video to accompany a live performance of the Opera, Miss Donnithorne’s Maggot. The live recording of the performance, including the projected music video will soon be available on DVD and Blue-ray. This marks yet another milestone for the crew as it will be the first Flyboy DVD that the public can buy.

John holds great belief in supporting and collaborating with the wider Dundee creative community. “I like Dundee, I really do. The more people that stand their ground in Dundee and support and build upon what’s going on here the better.  I think that’s where the industry and the real buzz comes from.” This weekend they kick of the shoot for local folk group, Anderson, McGinty, Webster, Ward and Fisher.

John explains that it is not only easier to make films up here than in London but, it’s also really enjoyable. “You even mention that your making a film in London and they will try to screw you over. Everybody up in Scotland thinks it’s an exciting thing and want to get involved, to help out…The cool thing about Dundee is that you have everything accessible to you. You have the beach, the Tay, the countryside, the city….” Watching their films can become a bit of a game of spot the location. Tentsmuir Beach, Tempelton Woods and various Dundee streets can all be found in their films.

He praises the work of fellow film makers the Jam Collective for what they are doing for film making in the city. He explains that they have a real community awareness. Dylan Drummond, of the collective, recently asked John to support their involvement in the “somewhere to…” project, He explained that collaborations, joint productions and community orientated projects are key to help others make that jump to the next level.”

“…A lot of people miss the cool things about Dundee because they dwell on the negative, and that’s a very Dundonian thing to do…Living here is a choice for very thought out reasons.”

Looking to the near future, Flyboy are working on scripts for a feature film. “At this stage we are 100% confident that we can do this very well, but it has to be the right script. I’m estimating that it would mean committing the next two years of our lives based on what budgets we might have to work with. You can make it work. It might take a bit longer than normal feature lengths, but I’m fine with that.”

In the meantime please enjoy the Flyboy 2009-2012 showreel for a taster of a selection of their work to date.

View their films on Vimeo 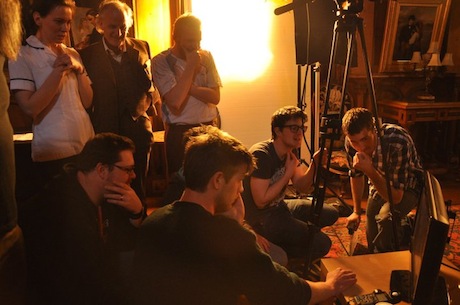