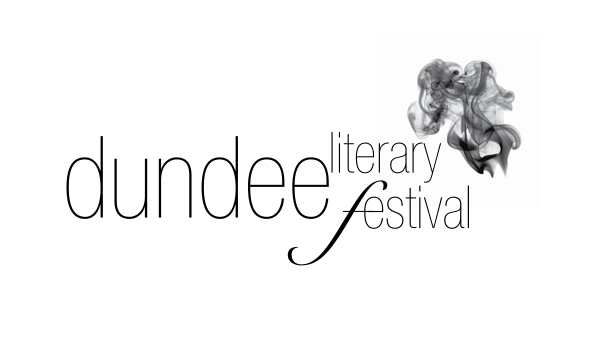 42 events over 6 days in the month of October…the beloved Dundee Literary Festival has returned and is soon to be delighting and inspiring the people of Tayside. The festival offers a superb and diverse collection of events and brings together both local and world-class authors to the city to talk about their work and share the secrets of their craft.

With such a breadth of diverse events on offer, we wanted to tell you who we can’t wait to hear from…

One such local writer who features at the beginning of the festival is Zoe Venderottizi who’s debut novel ‘Anywhere’s Better Than Here’ is published this month, described by J. Robert Lennon, author of Mailman and Familiar, as ‘Sad, gripping, and true, an understated literary champ.’ Zoe’s novel is a portrait of a young woman’s growing self-awareness; Zoe will read an extract from her novel at the launch event of the festival on the 24th October.

BBC’s Political Editor Nick Robinson will also make the journey north to share his account of impartial reporting and the discord between those in government and those in the media, published in his book ‘Nick Robinson: Live from Downing Street’. Known for his direct approach, Robinson has interviewed world leaders and worked on programmes such as The Daily Politics, Newsnight and the 2012 United Kingdom General Election Night, as well appearing on Have I Got News For You and Top Gear.  ‘Live From Downing Street’ charts the changing landscape of political journalism from a time when Parliament imprisoned those who reported what an MP had said to the outlook today where we expect instant reports via social media and 24 hour news; with that in mind…take a look at Nick’s blog here.

The Literary Festival also teams up with Dundee Science Festival and features a name you may not at first associate with science – Ben Miller is an actor and comedian bestknown for the being  one half of the Armstrong and Miller double act, as well as appearing in Comedy Showcase, Death in Paradise and Episodes.  Miller inadvertently became a comedian whilst studying for a PhD at Cambridge University. ‘It’s Not Rocket Science’ shares the wonder of the ‘best-bits’ of science from Black Holes, DNA and the Large Hadron Collider – expect to be amazed and delighted by the wonders of science, hopefully with a joke or two thrown in.

The Memories of McGonagall competition, taking place on Sunday 28th October, is in memory of and in tribute to the Dundee bard who passed away 110 years ago. Poets will recite their own work (written in the style of McGonagall) in front of judges Dr. Jim Stewart, Dr. Norman Watson and Sheena Wellington. The winning poet will receive a quarter of a stone of sausages, an author signed biography and a framed original broadsheet written and signed by McGonagall himself.  With introductions by William McGonagall and filmed by the Dundee Channel, this is sure to be a fun and entertaining event to celebrate the man known as the world’s worst poet.

The beauty of this festival is that there really are too many gems to be able to mention in one post – there really is something for everyone, also appearing at the festival are luminaries such as Liz Lochead, Bernard McLaverty, Iain M. Banks, Colm Tóbin and so many more – be sure to download the festival programme here and enjoy this great festival.

Tickets are available online at www.literarydundee.com by emailing literarydundee@gmail.com by phoning 01382 386995 or in person by visiting the 6th floor of the Tower Building at the University of Dundee,  the ground floor ticket booth at the Overgate Shopping Centre or at the DCA.

Dundee Literary Festival runs from the 24th to 28th October 2012.