One Pig. One Evening. 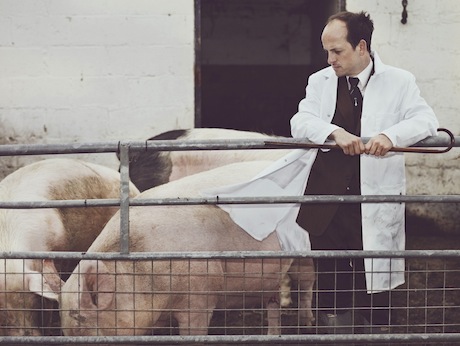 Following a major international tour, taking in London, Berlin, Tokyo and much more; Matthew Herbert’s critically acclaimed One Pig show comes to Dundee on 4th November, thanks to Dundee Rep Theatre who are hosting the event as a key part of NEoN Digital Arts Festival.

Matthew Herbert is one of the UK’s pioneers of electronic music – since the early 90s he has created experimental music; sampling everything from everyday kitchen objects, to laser surgery procedures, to the contents of his vocalist’s bag – resulting in tracks such as the Audience.

One Pig is the story of a single, anonymous farm animal’s journey from birth to plate. The album tells the story of the pig’s life lived and raises complex questions about our relationship to these often-maligned and misunderstood creatures.

The album is made entirely out of sounds from the pig and it’s surroundings – the first squeals, the sound of it being alone for the first time, and the dripping of it’s blood after being butchered. The result is a delicate, beautiful, and occasional terrifying musical composition with a profundity rarely heard in electronic music.

With only seven live shows in Scotland, a five piece band performs the album using keyboards, samplers, drum machines, and a brand new custom instrument – the “Sty Harp”, which has been built and performed by Edinburgh-based artist Yann Seznec – who you might well remember from PKN 3.

We don’t want to spoil the ending but we believe a chef may well be live on stage that evening…  Bacon butties ahoy!

This will be unlike any music show you’ve ever seen.

Book tickets via Dundee Rep Theatre online here or through the box office 01382 223530. 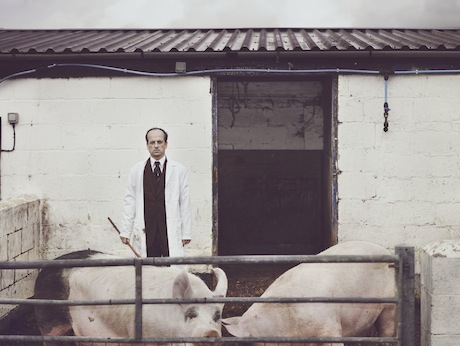