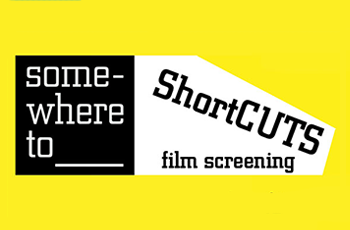 ShortCUTS – The Screening  is an opportunity to watch the screenings of six brand new short films; take part in a Q&A session with the young directors; and have the chance to network with local film-makers over drinks and nibbles. Taking place on Friday 12th October 2012 from 6.30pm to 9pm, this is a free event held at Chamber East in Dundee.

ShortCUTS gave young people in Dundee an online platform for collaboration and skill share, a series of networking and pitching events, and the chance to form creative film-making teams. Each team was mentored by an experienced film-maker from the city and given access to expertise, equipment and somewhereto_ spaces to help make produce their films. The end result is a collection of very different and creative films, all made by young people in Dundee.

The six films include:
Delilah and the Samsons – directed by Luke Campbell-San, is a documentary about a local band, focusing on an interview with the band Delilah and the Samsons. This project became a reality through a special intimate show at the Art Bar on Perth Road, Dundee. The band got in touch through the ShortCUTS Facebook page, and Luke and his team arranged a venue to film a live set.

Dwell in the Forgotten – directed by Lucy May Wilson, is a dance improvisation for film, an image drawn from the beauty and vitality of life and the reconnecting of breath and body. It takes place in an abandoned, forgotten, unused, but not empty space. Dwelling in the dust and the shadows, dancers make their presence known through their bodies awakening, rising and growing into grace.

Half Orange – directed by Amy Kenyon, is inspired by a trip to Buenos Aires on the outskirts of the city, where she discovered a pile of oranges at the foot of a tree despite it being winter. Using  the symbol of an orange as a metaphor for finding hope in unexpected places, Amy’s film tells about childhood, joy and nostalgia, and shapes her understanding of life, growing older and putting the past to rest.

Hue – directed by Joanna Helfer, is a black and white film telling the story of a frustrated young artist who stumbles across a discovery that could make or break his career. Championed by his excitable Uncle, the Artist struggles with the prospects of fame, fortune, and the subtle degrading of his mind. The film was written by Simon Dwyer, who brought the script to the somewhereto_  ShotCUTS ‘Pitch Party’ event at the Tin Roof on Hawkhill Dundee.

The outsider – directed by Kurt Uchman, is an adaption of a H.P Lovecraft short story of the same name. Filmed at Balgonie Castle in Fife, the film is about a man who has lived in isolation his entire life, in a castle in the middle of a forest. The forest has grown to such heights that he is in constant darkness and no matter which way he runs, the trees seem to never end.

Replay – directed by Khaled Al-Hurby and co-produced with main actress Vilqua Van Cartier, is a psychological thriller. There is a moment in everyone’s life where we are forced to make uncomfortable choices, but what if fate gave you the chance to look into the future and see that one of your decisions would have changed your life forever?

Claire Dufour, volunteer ShortCUTS co-ordinator says: “Friday’s event will be a unique occasion to enjoy ShortCUTS short films on a large screen. This will be the opportunity to meet the film-makers themselves, and also find out how you can get involved in somewhereto_ in the future.”

ShortCUTS – The Screening is held in partnership with Fleet Collective at Chamber East, a somewhereto_ space. Doors open at 6.30pm and films will start promptly at 7pm. The event will finish with a chance to network with film-makers and industry professionals over drinks and nibbles.

This event is free but ticketed. Reserve and print your tickets now at http://shortcuts_screening.eventbrite.com or visit somewherto.com 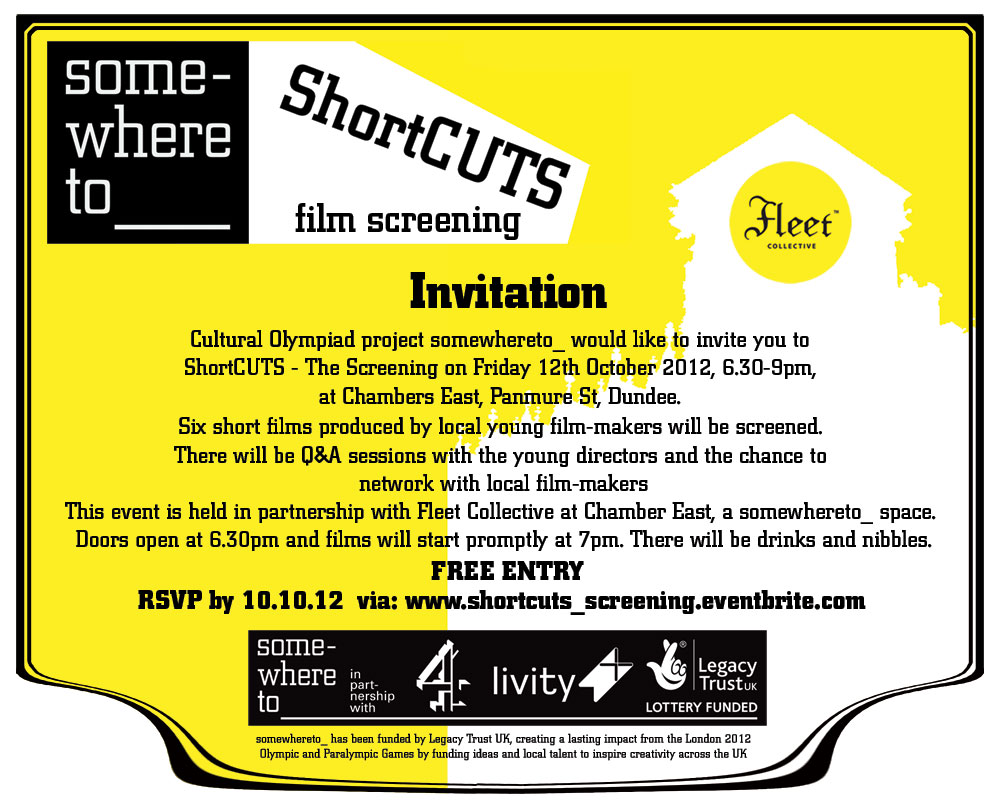