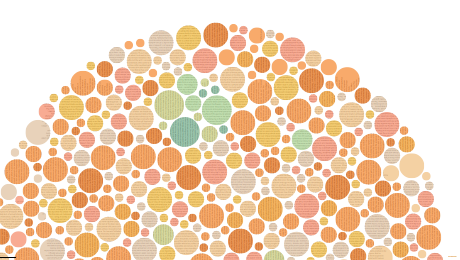 The Double Blind Test Series is a collection of prints by David Lyons that uses visual elements from various sources, including the Ishihara Colour Blind Test Plates, words from William Blake, Aldous Huxley and Tom Wolfe alongside tactile textures derived from Braille. The exhibition runs at the Hannah Maclure Centre from July 29th – August 9th, with a preview evening on Friday July 26th at 6pm.

Conceived as an investigation into non-visual typography, the prints foreground theories of perception, exploring the idea that the works can be experienced differently dependent on one’s visual abilities. Some of the messages of the work would be perceived only by certain audiences, and viewers with different abilities would experience the work not only differently but in ways that had hidden meanings or messages.

Embedded throughout the prints are selections of texts that relate to perception – Aldous Huxley’s ‘Doors of Perception Heaven and Hell’, William Blake’s ‘Marriage of Heaven and Hell’ and Tom Wolfe’s ‘Electric Kool-Aid Acid Test’ all feature, their words stripped of their original formatting and masked using Ishihara inspired layouts which creates random configurations of the words and therefore the chance to derive new meanings from the texts.