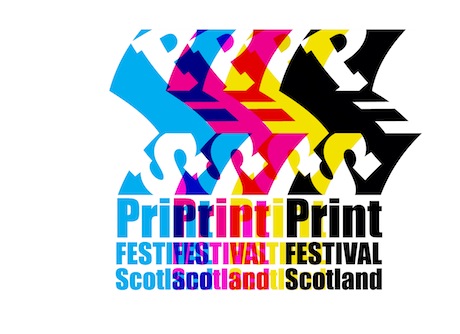 The first ever Print Festival Scotland (PFS) takes place in Dundee from 23rd August to 1st September 2013, with satellite activities happening across the country. The Festival aims to confirm the cultural diversity, historical significance and future potential of print, as artists and writers adjust to the digital age. Creative Dundee caught up with the Print Festival Scotland team to find out more…

Dundee has a long and important association with printed media – from Valentines of Dundee Ltd; to DC Thomson; to Dundee Printmaker’s Workshop and DCA’s Print Studios – print has made a big imprint in the city. PFS is a chance to share this with the rest of the world, showing how vibrant the print sector is both locally and Scotland-wide.

PFS has been created to tie into the biennial International Multidisciplinary Printmaking Conference, named IMPACT 8 – which is the world’s largest and most prestigious event of its kind. IMPACT 7 took place in Melbourne in 2011, drew in some 450 artists, academics, curators, conservators, collaborative studios, students and other practitioners from 35 countries, in addition to thousands of visitors to subsidiary exhibitions and events. Dundee’s IMPACT8 is already a sold-out gig with specialists and experts coming from all over to the city.

Some 40 exhibitions, workshops and performances have been created by the PFS team to make sure that our visitors get a flavour of what’s happening and the diverse mix of events are free and open to us all too. The programme takes ‘exploration’ as its theme, with a particular focus on Dundee’s rich tradition of print, printmaking and publishing, and contemporary digital technology innovation.

Some of our top picks include…

– Tin Roof Social Club: The club is based on the design and function of traditional Scottish social clubs, and visitors will be hosted with tea & coffee, newspapers, toasties and snacks in an installation created to function as a social space. (29th Aug – 1st Sept)

The full list of Print Festival Scotland activities can be found below or visit www.conf.dundee.ac.uk/impact8/home: