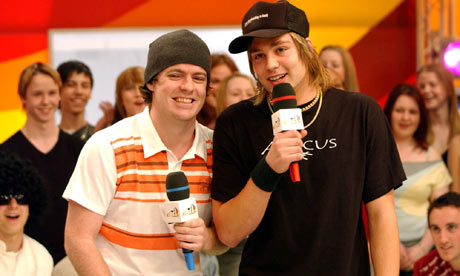 On Friday 6 September at 8.30pm, DCA will host a special screening of the new documentary The Great Hip Hop Hoax introduced by its stars, Gavin Bain and Billy Boyd, also known as hip hop artists Silibil n’ Brains. The film’s director, Jeanie Finlay, will also attend and take part in a post-screening Q&A about the film and its local connections, before an exclusive live performance from Silibil n’ Brains and a chance to buy their new album before its official release.

The film tells the incredible story of Gavin and Billy’s audacious entry into the music business. As students at Dundee College, the pair dreamed of hip hop stardom, but were laughed out of an audition by A&R men who branded them the “rapping Proclaimers”. Undeterred, they reinvented themselves as Silibil n’ Brains and convinced the music industry they were a genuine Californian duo with the help of accents learned from MTV. A record deal soon followed, but the pressures of constant deception and the hedonistic lifestyle of the business soon began to take their toll.

Featuring interviews with Billy, Gavin and the people close to them as well as entertaining archive footage and animations by award-winning artist Jon Burgerman together with Bafta winning animators Will Anderson and Ainslie Henderson, The Great Hip Hop Hoax is a fascinating insight into the pursuit of fame, the cost of deception and the shallowness of the music industry.

Alice Black, Head of Cinema at DCA, said “This amazing documentary is a highly entertaining but cautionary tale about the price of fame. It’s is one of the must-see films of the year for Scottish audiences, particularly for anyone from Dundee or Arbroath, both of which feature heavily on screen.”