Everything Is Vague Until You Make It Precise 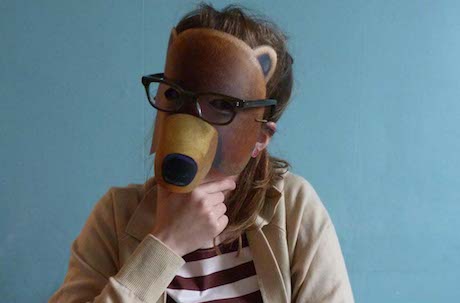 During the sodden summer of 2012, whilst on residency at Project!!Wakaka! in Edinburgh, Dundee-based artists Iain Sturrock and Delia Baillie opened the doors of our ongoing project The Hospital for Dazed Art. The genesis for this was in discovering two drawings (hidden/ forgotten in the bottom of a plan chest) that they had edited out of a collaborative show in Edinburgh a few years previously but now struck them as being better than the works that they actually hung for public viewing.

Following from this, The Hospital instigated conversations with artists on the subject of works that had either fallen on the wrong side of an edit, or at the time were viewed as interesting failures – but nonetheless had been stubbornly held onto: they had survived the periodic clear-outs crucial for artists in reclaiming their studios and head-space.

Their our initial question was, at its simplest, “what are you hiding?”, the conversations opened out into a huggermugger mix of considerations upon the subjects of time, self-consciousness, professional contingency, hoarding and editorial integrity. Everything Is Vague Until You Make It Precise will showcase individual works from the nine artists whom they entered into dialogue with under the auspices of The Hospital.

Delia Baillie and Iain Sturrock are visual artists and lecturers who periodically collaborate – their respective practices are generally solo in nature and their studios are based in Dundee.

Everything Is Vague Until You Make It Precise

The Hospital for Dazed Art is a series of conversations and informal surgeries initiated by Iain Sturrock and Delia Baillie that explores why artists (secretly) retain certain works in their studios for years at a time without publically showing / recycling / or trashing them, and what this means in terms of editorial integrity. The exhibition at The Briggait will showcase nine artists whom The Hospital has worked with during 2012 and 2013.