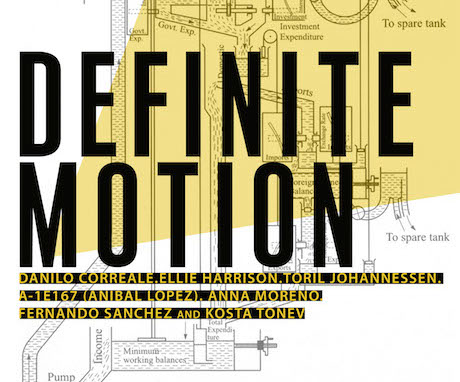 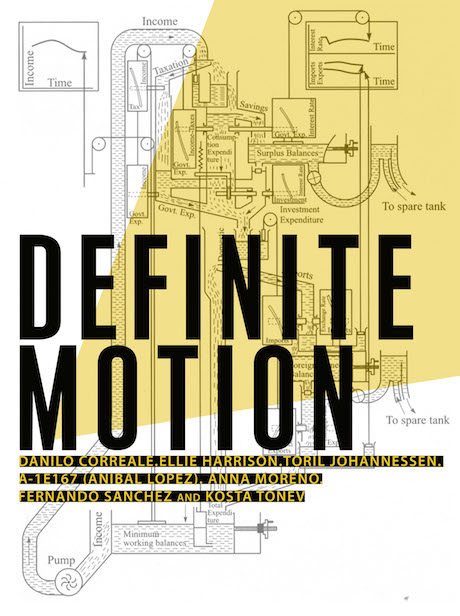 GENERATOR have lots of great stuff coming up, including a new exhibition, live performances, off-site events and are also looking for new committee members, which you can find out more about here.

Join Generator for the opening of their latest exhibition, the launch of ‘Control, Mechanics and Balance’ – the first release of their new publication series – and a live performance by exhibiting artist, Anna Moreno. Be sure to wear your golden rags!

A group exhibition inspired by the MONIAC analogue computer used by Keynesian economists to model the British economy until the 1970’s. The exhibition brings together practices from Scotland, Europe and the Americas to model and resist forms of capitalist exchange.

Also…
They are delighted to announce the release of Generator Publications Issue 1: Control, Mechanics and Balance. Generator Publications is a joint project between multi-disciplinary artist, Sean Scott and Generator. The publication will create an accessible platform for discursive and experimental writing in the Dundee art community and beyond. Issue 1 is launched alongside their latest exhibition, picking up on key thematics. Do contact them at generatorpublication@icloud.com for further information.

And in the GENERATORmembers Space there are exhibited works by Andrew Slater and Simon Yuill.

OFF-SITE EVENTS with On Site Projects

During the exhibition OFF-SITE/on site events will be held as a beginning to imagine alternative systems of value and reasoning to artistic practice. RSVP if you would like to attend any events although if on the off-chance you wish to turn up, please do!

READING TOWARDS ACTION: Hosted by GENERATOR
16th APRIL 6.30pm – 8pm, JUTE CAFE BAR at DCA
All are welcome to join Generator to discuss the current situating of the arts within a capitalist economy; if and how this is effecting the art that is being produced and exhibited; and if there would be a benefit to acknowledging alternative methods/reasonings for art practice and curation.

The evening will be focused around the selected readings Self-Organised, Stine Hebert & Anne Szefer Karlsen (Eds.) 2013: ‘On De-Organisation’ and Art Production Beyond The Art Market, Karen van den Berg and Ursula Paser (Eds.) 2013: ‘Exodus: Aesthetic Practice beyond the Art Institution’.

Selected texts can be found here.

PATHS THROUGH UTOPIAS: Hosted by GENERATOR and On Site Projects
23rd APRIL 6.30pm – 9pm, HANNAH MACLURE CENTRE
A one-off screening of ‘Paths through Utopias’ produced by Isabella Fremaux and John Jordan. (This screening anticipates an On Site Projects workshop to be run by John and Isa later in the year.)

Travelling across Europe to experience diverse forms of postcapitalist living, Isabelle Fremaux and John Jordan’s utopian road movie is set in an imagined post-crash future but shot as a fictional documentary.

As a beginning towards looking at artistic practices that strive to locate or suggest alternative modes of economy, join them for a performance of ‘The Man Stripped Bare By His Admirers, Even: Occasional Dances No. 10 – Life, Arts + Economy’ by Peter McRae, a talk by exhibiting artist Ellie Harrison and skype presentation by the Honing Bank based at Stroom in The Hague. The evening will include servings of Honing Bank’s Kapitaal honey with home-made bread.

All are welcome to join Generator at the City Square to discuss the relationship between art, politics and permaculture. What role do the arts have in political campaigning? What strategies do artists use to intervene in political processes?

The evening will be focused around the reading of two texts from Art and Activism in the Age of Globalization, De Cauter, De Roo & Vanhaesebrouck (eds.), 2011: ‘One More Effort to Be Really Political’ and ‘The Laboratory of Insurrectionary Imagination: Art, Activism and Permaculture – An interview with Isa Fremeaux and John Jordan’.

Online texts can be found here.