Random Acts of Romance from Dundee 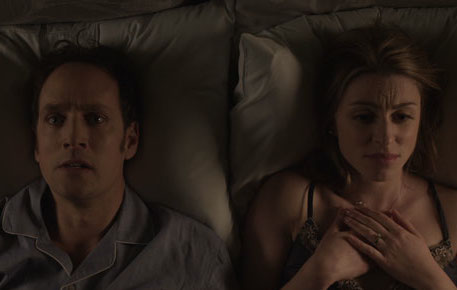 Written by two Dundonian screenwriters, Jillian Mannion and Kevin McComiskie, and produced in Canada, Random Acts Of Romance is an anti-romantic comedy about two couples and three singles whose lives unknowingly intersect with dramatic consequences for all involved.

David and Holly are rich newlyweds who seem to have it all. In fact, they are both lost in their relationship, which starts to unravel when they run over pot-smoking lesbian, Bud. Bud’s womanising neighbour, Richard, is thrilled to discover that he has a stalker – Lynne, but jeopardises her obsession when he meets feisty Dianne…

This is Canadian indie director Katrin Bowen’s second film and sees Stargate’s Amanda Tapping in a completely different role to her usual form. Mannion and McComiskie were nominated for a LEO award for their screenplay that puts modern relationships under the microscope and reveals the funny, raw and dark sides of love.

Jillian and Kevin met the director while at film school in Canada, which was made possible by Dundee University and the Donald Dewar Arts Awards which helped Jillian to obtain a scholarship. Jillian graduated top of her Writing for Film and TV class and both her and Kevin received Outstanding Achievement Awards there.They are both from Dundee and graduated from Dundee University, working for BBC for a while after graduating but they always wanted to return to Dundee and prove that two Dundee folk can write a screenplay, sell it and see it on the big screen. They are now working on their next projects and aiming to write a feature fim screenplay that will be produced in Dundee.