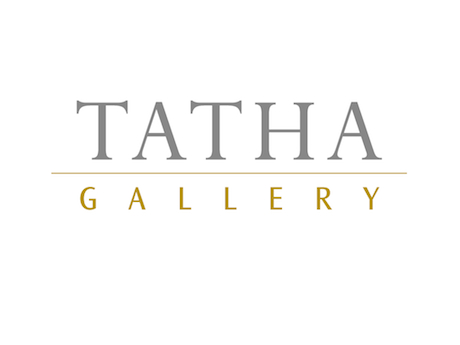 TATHA Gallery is the first part of the major development at The Newport to reopen. The complete renovation of this historic building, built in 1806, is now fifty percent complete. The venue will have some of the best views over the Tay and of course V&A Dundee too…

The new TATHA Gallery (Tatha is the Gaelic word for the River Tay) forms part of ‘The Newport’ which is being refurbished and is due to be finished by late Autumn. It will eventually feature a bar, restaurant, beer garden, clinic and purpose built artist studios perched on the waterside.

TATHA will be opened by Richard Demarco CBE OBE water-colourist and Emeritus Professor of European Cultural Studies and an honorary doctorate of law of Dundee University. It opens to the public on Saturday 26th April.

Richard Demarco is giving huge backing to this project and says; “Dundee based artists have cause to think that new beginnings are in the offing –Joseph Beuys reminded me of this truth when first I met him. I think it is justifiable to use this quote in relation to the opening of the first independent gallery for all those artists who live and work on the shores of the Firth of Tay and in the city of Dundee and surrounds- aptly entitled after the name of the silent goddess of the River, TATHA, who has identified with the interface of mythology and history regarding the origins of the river Tay. This new gallery placed literally on the banks of the Tay near to where the ferry the Fifie landed on the Fife coast from Dundee in the days before the Tay road bridge. It will face Dundee’s new museum housing the treasures of Victoria and Albert and therefore its programme of exhibitions will provide an opportunity for Scottish based artists to exhibit their work alongside artists representing the International Art World. I am honoured to be invited to celebrate the opening of this gallery on the 25th April. Instinct tells me that this gallery will become a nodal point on the map linking Scotland with the European continent”.

TATHA is founded by artist Helen Glassford, who says, “The area already holds huge amount of artistic energy and has the potential to become known as the The Scottish equivalent of St.Ives”.

Opens to the public on Saturday 26th April.