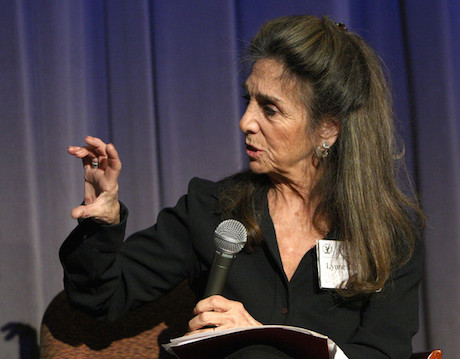 Lynne Littman studied at Sarah Lawrence College and the Sorbonne before building an extraordinary oeuvre of work across the disciplines of documentary, current affairs and feature films. She has won numerous accolades for her work and has been a key contributor to industry development through her positions on the Board of Governors of the Academy of Motion Picture Arts & Sciences; her place as Chair of the Directors Guild of America Documentary Awards 2002-2009 and through being a Trustee of the International Documentary Association.

Littman has drawn on her work within the factual sphere, often looking with a scientific eye at the power of human faith and social conciousness, to make feature films such as Testament (1983), a drama on the aftermath of a nuclear attack, and to bring her expertise to some of the legendary production houses of Hollywood including Rastar, Warner Brothers, Paramount and Disney.
In 1974 while working for KCET-TV as an associate producer-reporter in its current affairs department, Littman won Los Angeles Emmys for In The Matter of Kenneth and Wanted: Operadoras, as well as a Golden Mike Award for investigative reporting and a Los Angeles Press Club Award for Best TV Documentary.

The anthropologist Barbara Myerhoff was a collaborator on several projects and the short film Number Our Days (1976) won an Academy award for best short documentary in 1977. Littman’s later feature documentary, In Her Own Time (1985), chronicled Dr. Myerhoff’s final fieldwork and her death at age 49.

During the event Littman will introduce clips of her work and be in conversation with Linda Blandford.

Join this exceptional opportunity to hear from such an experienced figure and to ask questions about her work.

Tickets are £5 and you can book online here.