Let Yourself Fall (Between the Solid and the Void) 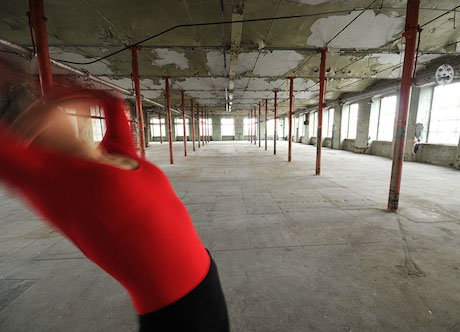 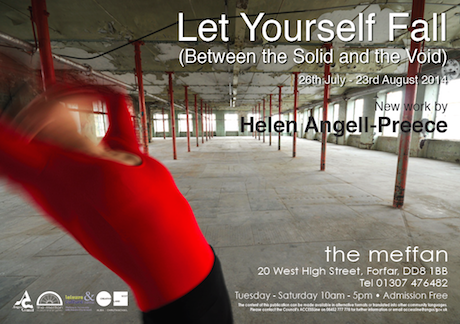 ‘Let Yourself Fall’ is an invitation, a request from the artist to the viewer to take part in a physical, bodily sensation on entering the Installation. Dundee based sculptural installation artist, Helen Angell-Preece’s beautiful new show runs at the Meffan in Forfar from 26th July – 23 August 2014.

In this exhibition, Helen Angell-Preece continues to explore her fascination and research into how we experience Architectural Space and Place, and to what extent the built environment gives us a sense of ourselves. This new series of works sees the artist moving away from the practice of creating an enclosed space to enter into, but now playing with the signifiers of our built environment in a series of cardboard and Reboard structures.

These temporary materials – cardboard packing boxes, string and unfinished / overlaid patches of painted colour – are most usually associated with movement and migration – here however they take up a dynamic presence and habitation of the gallery. The distinction between wall and floor, between the stability of the horizontal and the vertical is blurred as these sculptures make a fragmented, rhythmic journey, undermining the perpendicular white planes of the gallery ceiling and walls to rewrite their own form of language – somewhere between the Solid and the Void. 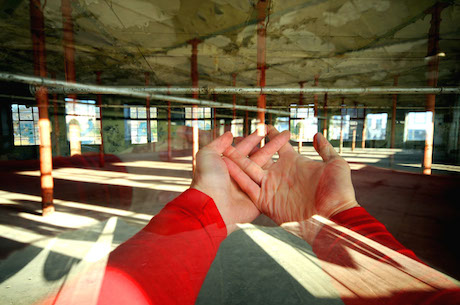 Location RED, a new two-screen video projection where we will explore, along with the Artist, the vast, semi-derilect expanse of space of a former Dundee Jute Mill. While both videos will show the space from the camera’s, or the spectator’s viewpoint, one will also give glimpses of the body itself exploring the space – an arm, shoulder or torso, moving through the exaggerated perspective of the Industrial scale room, or a hand seen in the frame against the smaller details of habitation and use – old coat hooks, power switches, textures of the stonework.

Specifically, with this new body of work, the artist intends to explore the Potentiality of ‘Being’ in a space – not just looking at and measuring it in a Cartesian manner, but the feeling of inhabiting / moving through / becoming the space. How we project ourselves into an environment before and whilst ‘being in it’. Faced with an infinity of open space, how we begin to delineate, to mark out, to build, to construct shelter, to architect, to make ourselves feel at ‘home’; and how much this has to do with materiality, boundaries and our own body movement.

Helen thanks Dundee Visual Artists Award for their kind support.

“The body, and what it feels like to be in it, is the first architectural framework we learn to use. Its symmetry, balance and sense of space are not just the equivalent of all the doors it will walk through and all the windows it will look out of. It is also a dynamic spatial-sensing device that sees a space to be long or wide, but measuring and feeling it simultaneously.” 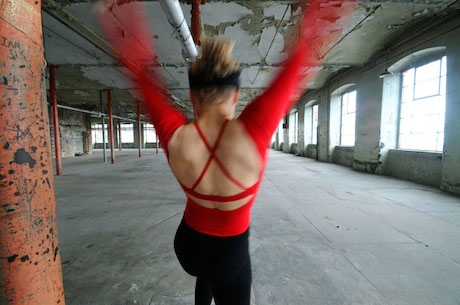