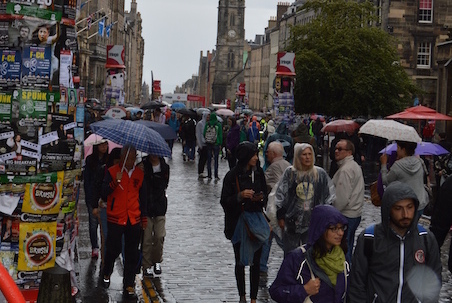 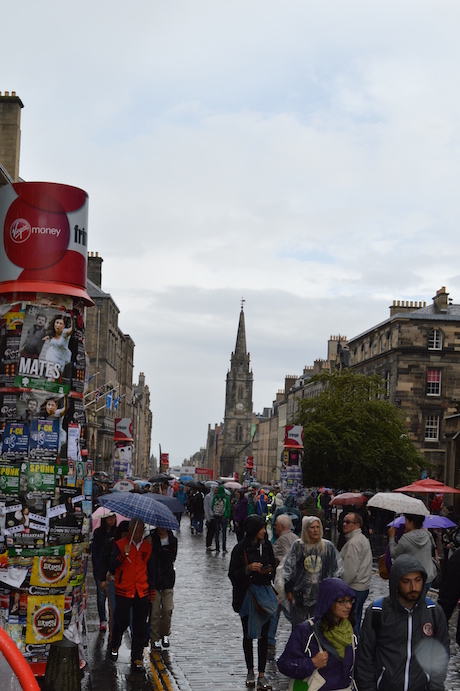 A guest feature for Creative Dundee by Lynne Campbell.

As a punter, The Edinburgh Festival Fringe a lot of fun.  As a performer it is a formidable and glorious beast.  It provides drama- someone in your company is bound to fall out with someone else at some point; suspense -when will that review come out?; romance- there’s always a member of technical staff at your venue attempting to woo an entire all girl cast, and their efforts are a joy to watch; comedy- there is no short of hilarious moments at the world’s biggest arts festival.  It is inspiring, frustrating, exhilarating, life affirming, tiring and energising.  You experience the whole gamut of human emotion in a day.  You endure 4 seasons’ worth of Scottish weather in a single hour out on the Royal Mile as you thrust flyers into the hands of strangers, trying to dodge others as they do the same.  You spend the month of August thinking it’ll never end and when it does, the rain, the constantly feeling just a wee bit tired, the rude punters on the mile, the sheer amount of money you’ve spent, and the hangovers are forgotten.  All you’re left with are great memories and a burning desire to do the whole brilliant process again.

The transformative nature of the Fringe can’t be overstated.  For a month (and this is true for our company) lawyers, project managers, teachers and IT technicians become actors, presenters, and children’s entertainers.   The Apex International hotel sits in the heart of the Grassmarket, overlooked by the castle.  From the end of July, it’s turned into Sweet Venues which transforms conference suites into theatre spaces that host strange and dark cabaret shows, talented performers with stories to tell, original musical artists trying out something new, children’s shows, stand up, dance and anything else you can imagine.  Its varied programme makes it a great cross section of the Fringe itself.   Sweet is run from Dundee for 11 months of the year, where Owner and Creative Director John-David Henshaw also runs DBS Productions who put on shows in Dundee and across Scotland throughout the year.  This year, DBS core cast members are in four shows, and the company has produced even more with artists from across the UK and beyond.

Dundee has a thriving theatre community, and it would be great to see more shows on at the Festival by Dundee based companies.  Our local Fringe is the biggest in the world, and it’s there to be enjoyed.

If you’re thinking of taking a show to the Fringe next year, check out Sweet Venues’ website www.sweetvenues.com and to find out what DBS Productions are up to check out: www.dbsproductions.co.uk/dbs/about-us, Twitter: @DBSProduction and Facebook. 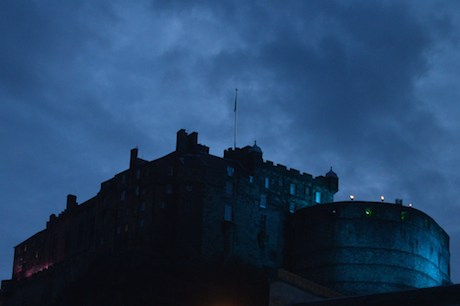