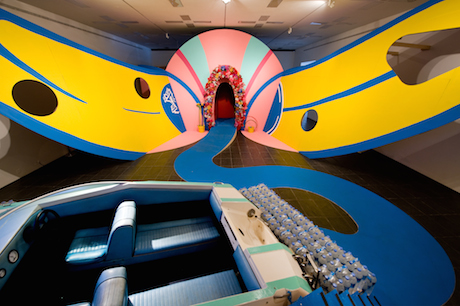 Since 1999, DCA has carved out an enviable reputation as a venue where future contemporary art stars are given important early backing.

DCA’s next exhibiting artist Heather Phillipson, is a London-based artist working in the mediums of video, sculpture, sound, text and live events. She exhibits internationally, and her solo exhibitions and events have included prestigious venues such as BALTIC Centre for Contemporary Art, the ICA, Tate Britan, Serpentine Gallery, the Biennial of Moving Images in Geneva, and Palais de Tokyo in Paris, alongside a video commission for Channel 4.

In tandem, Heather Phillipson is an award-winning poet. She was selected as a Faber New Poet in 2009; her experimental text, NOT AN ESSAY, was published by Penned in the Margins in 2012; and her first full-length poetry collection, Instant-flex 718, was published by Bloodaxe in 2013.

Phillipson’s Dundee show is entitled sub-fusc love-feast (Sat 6 September – Sun 9 November). It represents the artist’s biggest show to date, following hot on the heels of her acclaimed ‘yes, surprising is existence in the post-vegetal cosmorama – ’, at the BALTIC, Gateshead last year.

That BALTIC show was a bravura calling card, anointed by The Guardian’s Adrian Searle as one of his Top 10 Art Shows of 2013. Searle called it ‘a standout’. Saying: “Using wry humour, her work is much more than a slippery language game. Poet as well as artist, Phillipson got into my head and just won’t leave.”

sub-fusc love-feast  is best described as a triptych – a suite of constructed ‘landscapes’, in the broadest sense – a colourful mass of videos, text, cut-out ‘nature’ images, soundscapes and recurring materials (paint, cardboard, cheap plastic and building detritus). It promises to be a journey that will traverse the tactile and the auditory, the physical and the representational: an immersive place ‘where everything is up for grabs’. Footage shot on location in Dundee also receives the artist’s singular treatment in a show that promises to be bold in both scope and scale.

Heather Phillipson says of her debut at DCA,

“I’m looking forward to deploying what I’ve learned from past exhibitions, alongside a conglomeration of new routes…Physically, it’s the biggest show I’ve done so far and the first where every part has been conceived simultaneously and specifically. This is about finding out for me too…”

Heather Phillipson’s sub-fusc love-feast is a fascinating opportunity to experience first-hand an important new voice on the international art scene. 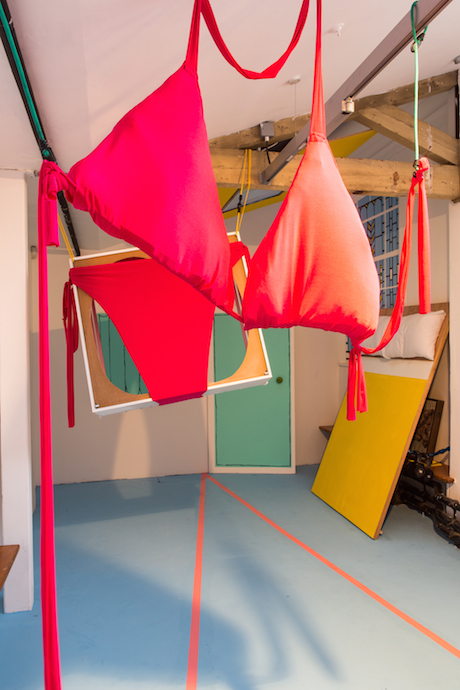 “Heather Phillipson deftly combines ambitious installations, a poetic voice and colourful video to create highly imaginative, immersive environments to encounter her art. It has been very exciting to commission a work for the vast DCA galleries for the annual Discovery Film Festival. This is the fifth year we have staged an exhibition to run parallel with the cinema programme and introduce contemporary visual art to young audiences.”

Heather Phillipson’s exhibition sub-fusc love-feast is in Gallery 1 and 2 at DCA, Dundee between Sat 6 September and Sun 9 November 2014. The exhibition is part of the Discovery Film Festival program of events.

Held annually at DCA, the Discovery Film Festival is Scotland’s international film festival for young audiences and will run from Sat 25 October until Sun 9 November 2014. Find out more (from Mon 18 August) at www.discoveryfilmfestival.org.uk. 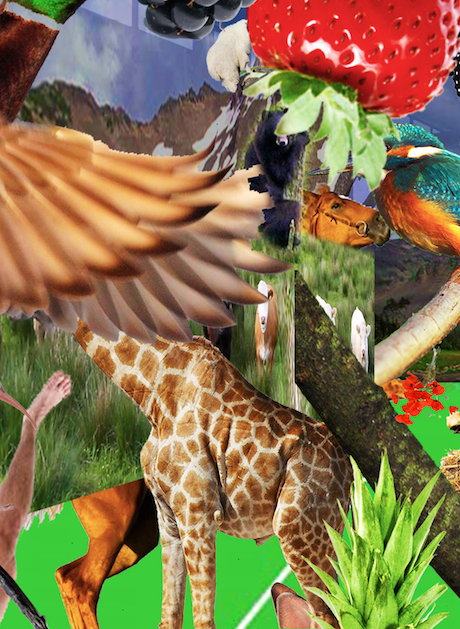