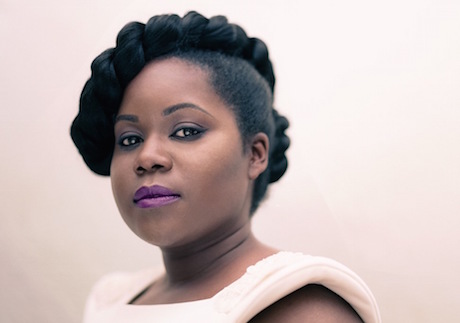 The 2014 Dundee Jazz Festival welcomes an impressive line-up of musicians from home and abroad, to celebrate its 32nd edition, running Wednesday 19th to Sunday 23th November.

The Festival has a special focus on female singers all of whom make their Dundee debuts: one of the hottest singers in New York right now, Cyrille Aimee opens the Festival; London based, MOBO winner Zara McFarlane has been playing to capacity houses all over Europe; and Gabby Young And Other Animals play their Circus Swing at The Unicorn.

Plus other highlights including: the Big Chris Barber Band who fly in from Europe for this one off concert; guitarist Martin Taylor is reunited with the accordion player Jack Emblow; Scotland’s own new superstar, Seonaid Aitken appears with her group, Rose Room; Dundonian singer Alison Burns will perform with Martin Taylor; and over 50 young players perform at the East Coast Youth Jazz Festival.

Jazz In The Ferry will be back, with simultaneous gigs across five venues in the Ferry for three hours on Sunday 23rd November. Look out for Hot Club stylists, Havana Swing; a host of great saxophonists who will be marking the bi-centenary of the inventor of the saxophone, Adolphe Sax; and more top female singers, including Alison Affleck and Cindy Douglas.

Alan Steadman, programmer of the Dundee Jazz Festival says “Musicians playing every style of jazz will be heading to Dundee to play in the comfortable surrounds of The Gardyne, the quirky Unicorn or the intimate spaces of Jazz in the Ferry. We want to appeal to everyone, from jazz aficionados to first timers, young and not so young, in formal and informal concert settings. And look at the value – high quality music at very reasonable prices”.

French swinging jazz and the French singer who is the hottest new name in New York.

Wall Street Journal feted Aimée as the most promising jazz singer of the new generation  “a brilliant sound, impeccable rhythm, and an approach that honours tradition but is not shackled to the past”.

Fronted by the sophisticated singing and violin playing of Seonaid Aitken, Rose Room blend gypsy jazz with 1930s swing, inspired by Stephane Grappelli and Django Reinhardt.  “Music to lift even the foulest of moods” (Acoustic Magazine).

The world’s foremost exponent of solo jazz guitar playing. Martin Taylor is a phenomenon. A musician who transcends his instrument; who can make a solo guitar fill a room like an Orchestra. Here he is reuniting for a very exclusive session, with accordion maestro, Jack Emblow, with Dundee’s own jazz star singer, Alison Burns – back in her home town after long touring in Asia and the USA.

There’s no question about the hit of last year’s Festival. “It’s incredible” is what audiences and critics say about the gold standard that this jazz master is setting in 2014. At 84, he’s the bright front man he’s always been, and he sets the musical quality bar on high. Apart from Wynton Marsalis, there’s no-one playing classic jazz at this level. From New Orleans and traditional jazz hits like “Bourbon Street Parade” and “Petite Fleur” to a host of Duke Ellington classics. You won’t hear quality like this again!

Almost uncategorisable, singer Gabby Young inhabits a magical musical fairground, which fuses  globally influenced folk, Balkan brass, jazz and swing in an aural antiques shop from the future to produce what has been affectionately dubbed Circus Swing. A stunningly beautiful, often haunting set of songs that are a genre bending explosion of gypsy folk, pop, rock, jazz, cabaret – and a whole lot more.

Classy, captivating and charismatic. “The most interesting jazz singer to appear in years” (The Telegraph) is making waves all over Europe with a reputation enhanced by MOBO nomination, heavy support from Gilles Peterson and sell out Festival appearances. Zara combines jazz sophistication with deep soulfulness, and has a fantastic band – very cool, very exciting.

Jazz in the Ferry

Three hours of top class soul, jazz, blues and swing will be all over Broughty Ferry on Sunday afternoon as a host of great names play informal sets in five intimate venues. Featuring a special “Saxophone” programme for the 200th Birthday of Adolphe Sax – with John Burgess, Gordon McNeil, plus Havana Swing, Alison Affleck, Cindy Douglas, The Big Easy, and many more

With a rover ticket you can roam from venue to venue checking out the music and the atmosphere.  The full programme will be announced in the upcoming weeks.

Top young musicians from bands up and down Scotland are getting together in Dundee to rehearse and perform, and here they are with their final show.