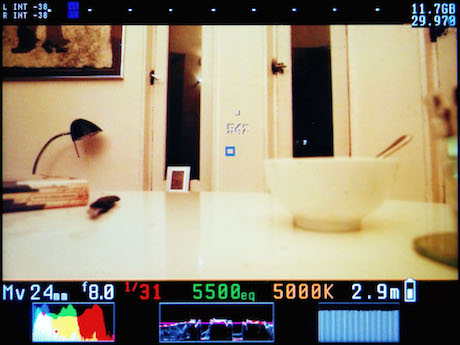 A guest feature for Creative Dundee by Luke Collins, Project Manager with LUX Scotland. The next forum is Tuesday 14th October 2014 at DCA Meeting Room, Dundee.

The Critical Forum is a new platform LUX Scotland and DCA are supporting to create an arena in Dundee which focuses on artist’s film and video work.

Long in advance of LUX Scotland being set up this summer I had been attending the LUX/CCA Critical Forum in Glasgow and wanted to share a few thoughts about what it’s like. To give a flavour of how the Dundee forum will work.

I moved back to Glasgow after a couple of years living abroad and down south during which time the Critical Forum had been set up in Glasgow. I think the Glasgow Forum was the first to be set up outside of London but they now also run in Dublin and Dundee.

The Critical Forum is a monthly meeting where one or two people from the group present works they are interested in. They only rule is that you don’t show your own work. It’s a space to talk about moving image works and the ideas that surround it not a group crit. The group is self-organising with LUX Scotland on hand to support or attend as requested by members of the group.

The forum has become a consistent and vital part of my working life. It’s a touchstone that as an artist and a freelancer producer of artist’s film and video gives me a regular opportunity to step outside my own work to immerse myself in new works, new ideas, techniques and discussions.

It’s challenging but in a good way: you get pulled up and then work things out by talking them through. The atmosphere is very relaxed and presentations range from those that are more considered to more off the cuff. It’s a chance to see things and hear about works that you may never come across. A chance to work out half formed ideas or explore new concepts that have been thrown up in your own research.

Beyond all of that it’s a really good social occasion. It’s fun. The Glasgow group is a great bunch of people and the meeting often ends up in the pub afterwards. The whole thing is about trying to build a group and build a consistent conversation. A conversation that gets deeper the more everyone becomes familiar with each other. I’m always surprised by the places our discussions go. The meeting last week started with post-referendum presentation of a documentary set in the days following the Iranian revolution and ended with a discussion around genre and the nature of categorisation.

The group in Dundee will be meeting at 6.30-8.30pm on the second Tuesday of the month in the DCA meeting room. We’ll hope to see you.

For further information about the forum please contact Luke on: scotland@lux.org.uk