Visions of Void at DCA 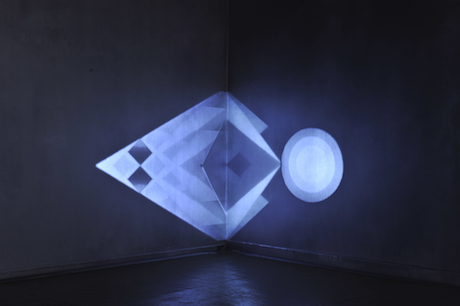 DCA is proud to present the largest UK show to date by French brothers Florian and Michael Quistrebert. Visions of Void brings together new and existing abstract videos and paintings to turn DCA Galleries into an atmospheric chamber of flickering fire, shadowy space and gleaming canvases.

Florian (born 1982) and Michael (born 1976) Quistrebert were born in Nantes and live and work in Amsterdam and Paris respectively. Their works incorporate LED lights, spray-paint and even sly references to energy drinks, all combined with art-historical influences from early avant-garde cinema to 20th century painting. The brothers have gained increasing attention and were recently nominated for the prestigious Marcel Duchamp Prize. 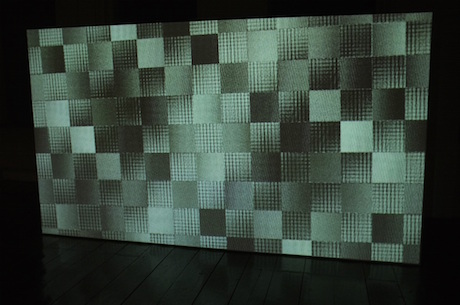 For Visions of Void, the artists will present new and existing works. A new series of paintings utilises metallic and phosphorescent paint to create a nocturnal, filmic atmosphere. A new video piece, VOID FIRES, will fill Gallery 1 with flickering light.

“I have been tracking Florian and Michael’s work for over five years so I am very proud to be working with them on this exhibition. DCA is an ideal space to experience their painted and projected works. Their use of metallic surfaces and elemental motifs will reverberate through the former industrial space of the gallery.” Graham Domke, Exhibitions Curator at DCA

The exhibition is supported by the Institut francais d’Ecosse, where a complementary selection of video works will be displayed.

Visions of Void is at DCA from Sat 7 February – Sun 22 March. A series of events and activities runs alongside the exhibition; for full details visit www.dca.org.uk. 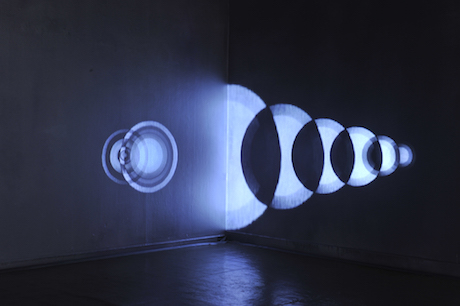 (((echo)))
Thu 5 March, 19:00
Galleries. Free, drop in.
Come along and engage with this popular event designed to provoke discussions about the current exhibition through a series of presentations by local artists.

Artists Choice Screening: Enter the Void
Tue 10 March, 20:30
For each exhibition we ask the artist to choose films to screen in the cinema to coincide with their show. Florian and Michael Quistrebert have selected Gasper Noé’s epic Enter the Void – the intense use of pulsing visuals and the overall palette of the hallucinatory film chimes with their work in the gallery.

Enter the Void is shot entirely from the point of view of its central character as he lives, dies, and is reborn in the neon haze of Tokyo’s seedy underbelly. Separated as children, drug dealer Oscar now lives in the city with his sister Linda, a stripper. When Oscar is shot and killed in a drug deal gone wrong, his disembodied self follows Linda and his friend Alex as their lives continue without him, all portrayed in a series of dizzyingly complex, balletic camera moves.