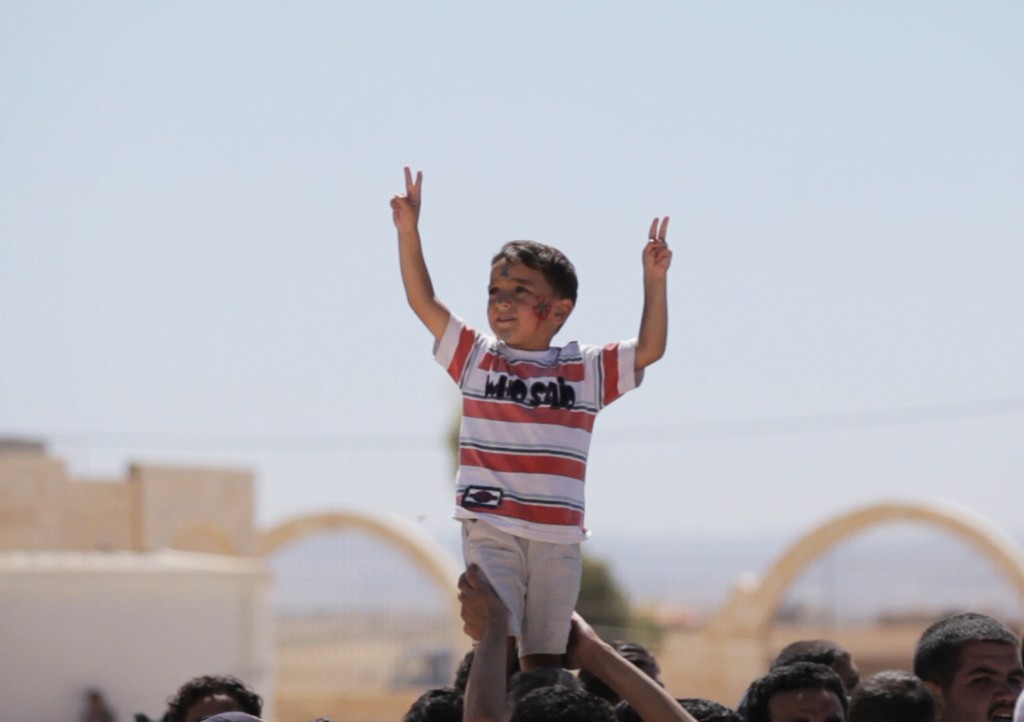 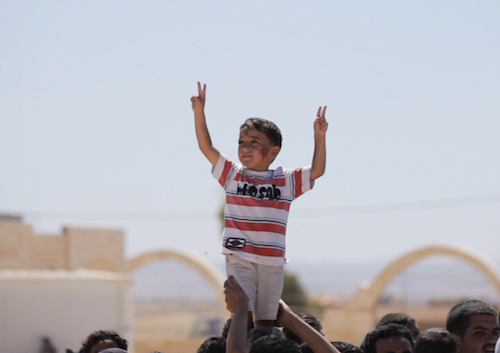 Take One Action – Scotland’s Film Festival for inspiring social change cinema and movies that matter – will be hosting its first Dundee Festival from Friday 20th to Sunday 22nd March 2015.

The festival, which started in Edinburgh and has been held annually since 2008, has been working in partnership with several Dundee-based organisations to bring its unique blend of campaigning workshops, inspiring films and Q&As – curated and co-hosted by local partners. You can download the festival programme, here.

Global activism, urban gardening and children’s rights will be among the many inspiring stories of change on which the Festival will be shining a light. The event opens on Fri 20 March with Sheffield DocFest audience award winner Still the Enemy Within, a powerful exploration of the 1984-5 mining strike from the frontline of the struggle. Other highlights include Growing Cities, an inspiring snapshot of urban farming in the US and The Revolutionary Optimists, the winner of the Take One Action 2014 Audience Award, which focuses on a ground-breaking Kolkata-based child empowerment project.

In the run-up to the May elections, anarchic and very funny Estonian film, Ash and Money, which closes the Festival on Sunday 22 March, provides a satirical unpicking of the democratic process that will appeal to fans of Brass Eye and The Thick of It.

The Festival’s Executive Producer, Tamara Van Strijthem said, “Throughout the country a new appetite for civic engagement, political debate and engagement has grown. Take One Action is focused on harnessing this – on putting the inspiration, empowerment and confidence to make change happen in the hands of our audiences.”

Jonathan Baxter, artist and curator of the local partnerships in Dundee said, “It’s a pleasure to be working with Take One Action to create a documentary film festival in Dundee. There’s a huge demand for alternative ways of learning together and reflecting on these issues. Connecting local and global politics is something Dundee has always prided itself on. This is a wonderful opportunity to deepen that engagement and take action in the city.”

Neil Crutchley, Global Learning Capacity Builder, One World Centre, Dundee said, “Collaboration in an event such as the Take One Action Film Festival offers an opportunity for the One World Centre to reach an additional audience of creatively minded individuals, equally interested in global citizenship concerns.

People coming along to such a Festival are often passionate about issues of social justice and our participation enables us to inform and support those wishing to take action on these concerns”.

With all films free to under 18s, the programme features many films addressing issues of particular interest to younger audiences. The screening of #chicagoGirl on Saturday 21 March will be hosted and organised by young participants from Hot Chocolate Trust at the Hot Steeple Church. The film an American teenager’s growing commitment to support, from her bedroom in the Midwest, Syria’s citizen journalists.

The weekend will be a springboard for the brand new Take One Action Locals initiative – offering everyone the opportunity to set up a community-run, social-change film festival or season, anywhere in Scotland.

Take One Action celebrates the people and movies that are changing the world, from Argyll to Zimbabwe. It is the UK’s leading global citizens film festival, led by film lovers, artists and globally-concerned citizens, who believe that small actions lead to big ones, and that we all make a difference. 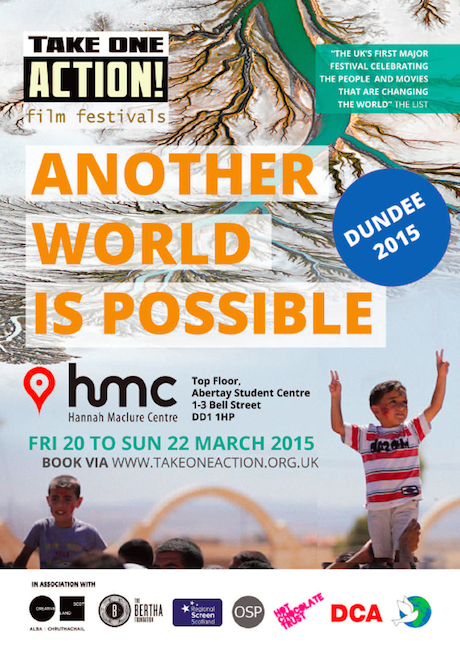 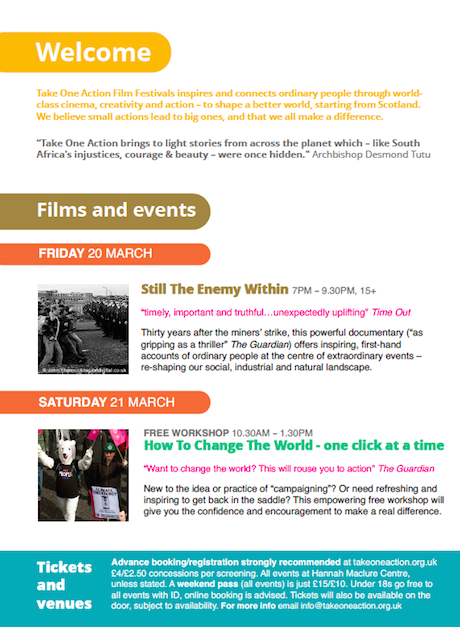 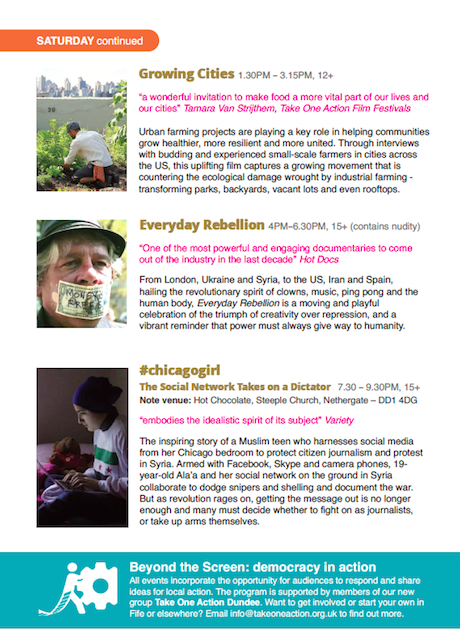 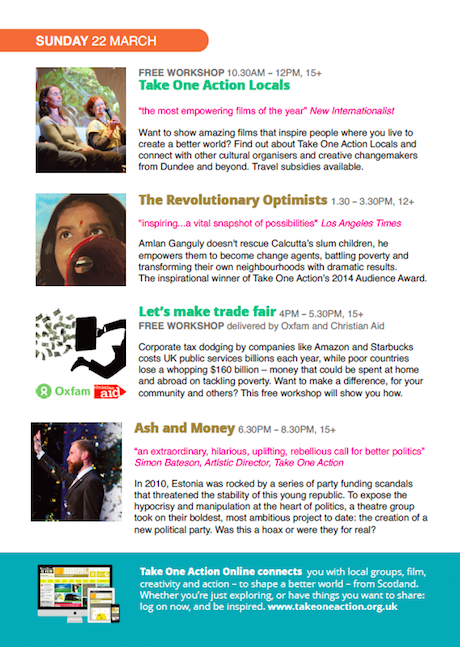