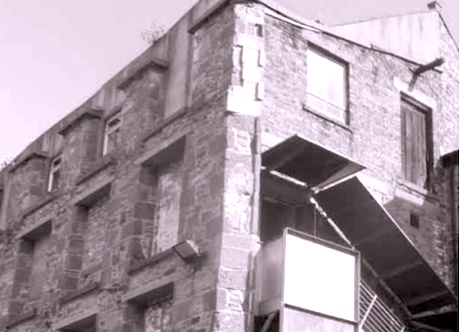 Another cultural venue space is about to be opened in the city as Sweet Venues creates a theatre space in the city centre, launching Tuesday 21st April 2015.

Sweet Dundee will be a 50-seat theatre housed within The Old Flour Mill at 34 Commerical Street. Located in one of the oldest parts of the city, the building itself dates from the 18th Century and has been used as flour mill, boot factory, a seed warehouse, and, most recently, a pub and function suite.

Operated by Sweet Venues, Artistic Director JD Henshaw describes the inspiration behind the project, ‘We have been running venues at the Edinburgh Festival Fringe since 2010, programming over 60 shows in 2014. We have created pop up theatre spaces and produced work in towns and cities across the UK. As our business has grown we find ourselves in the position to finally be able to realise our desire to work more completely in our home.’

‘Dundee has a thriving theatre scene with some fabulous venues across the city, but we believe there is a gap in the market in Dundee for a good quality small space, fully equipped and capable of receiving excellent, smaller scale touring theatre from across the country. We started out thinking that we might run a temporary space for a week or two, but Sweet Dundee will fill this gap for audiences and companies alike for the rest of 2015!’

The venue will launch on Tuesday 21st with an opening event for friends, family, supporters, and press with the inaugural performance taking place the following day.

Andy Paterson will kick off Sweet Dundee’s Spring / Summer season and more shows will be announced for May, June and July before the team heads to Edinburgh for the Fringe in August.

Sweet Dundee will be available to performing arts groups to hire and local companies and groups are encouraged to contact JD, ‘Through our experience at the Fringe, we’re lucky to have contacts with companies not only from the UK, but from across the world. We look forward to welcoming them to our home town, but equally we are also looking forward to being able to support local companies and groups in presenting their work – Dundee simply wouldn’t be the place it is without the immense creativity of the people who live here.’

Those interested in viewing the space or requesting information should email info@sweetvenues.com