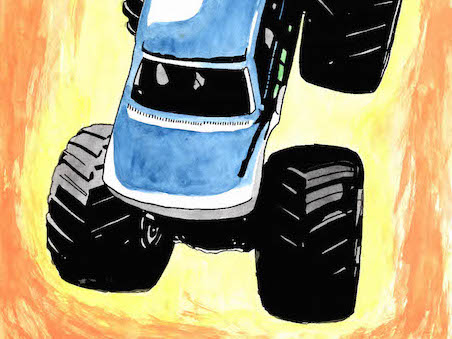 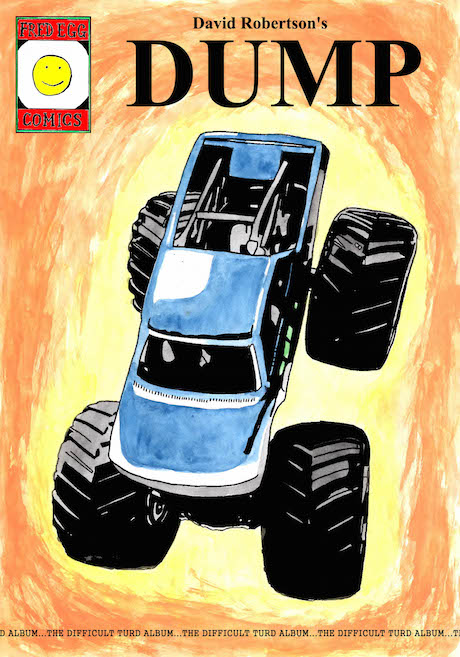 Dump is a collection place for different comics which writer and artist, David Robertson has worked on; and also acts as the name of the main story, whose main character works in a council dump. It’s published by Fred Egg Comics, also based here in Dundee.

“Things to Do at 3 O’Clock in the Morning” is a story about 2 guys on New Year’s Eve.

A chance sighting of an old school colleague happens in “What a Difference a Day Makes”.

A university lecturer discusses “Why it’s Good to Fell Pain”.

Two ladies in 17th century France star in “I Don’t Give a Fuck”.

There is a nocturnal “Visitor”.

A woman wonders “What Is It?” 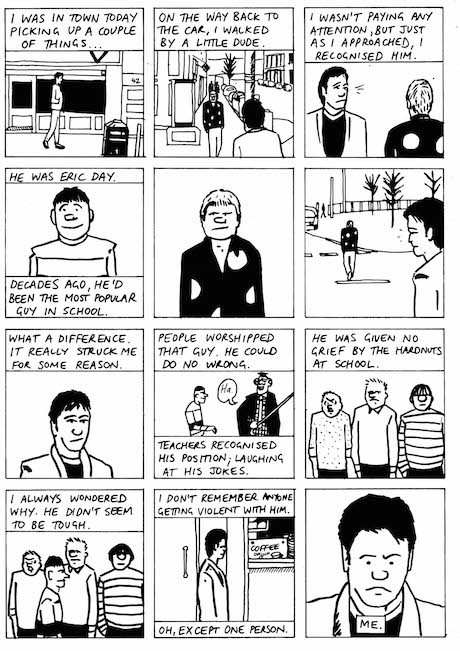 There are 6 different short stories written by David, with art by 6 others including: Damon Herd, Donna Law, Neil Paterson, Ludi Price, Keara Stewart and Pam Wye. Topics include beautiful women, dreams, a music festival, TV, wonder and wishing life was like a book.

Reviews:
…a pretty damned compelling comic. Read it and enjoy, as there’s plenty to like in here.
Kevin Bramer, Optical Sloth

What’s clear is that this is a long game for him, as he’s interested in experimenting, getting better in public and simply getting work out there. ‘Dump’ is still his most promising work, as it matches that flatness of tone with strange goings-on to create a deadpan atmosphere.
Rob Clough, High-Low

The quality of printing is great and this was an enjoyable and fun read. If asked, yes, I’d recommend this. All together a great little book.
Terry Hooper-Scharf, Comic Bits Online

We get in these pages something that is simultaneously extravagantly ambitious and yet utterly down-to-earth. Jaunty and engaging in tone, it leaves the reader feeling fully invested in Robertson’s love of the form – an almost infectious enthusiasm.
Andy Oliver, Broken Frontier

The first story, Dump, nicely illustrates one of Robertson’s key strengths: the juxtaposition between the often mundane nature of daily life and the absurdities that can be found within. Robertson’s art is not flashy but is simple and effective, a good fit for the everyday situations depicted in his work.
Gary Smith, The Big Glasgow Comic Page 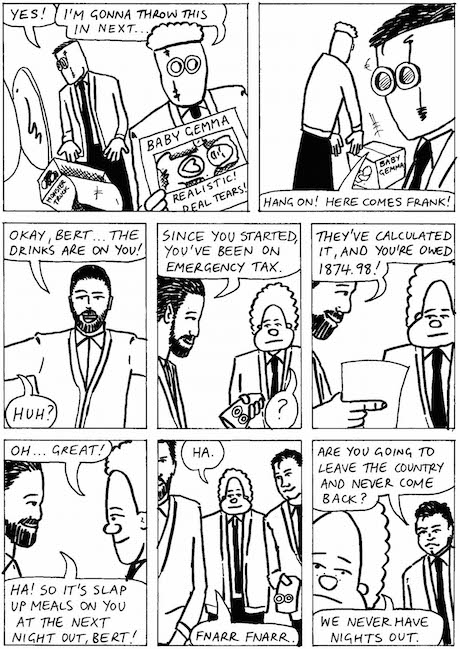