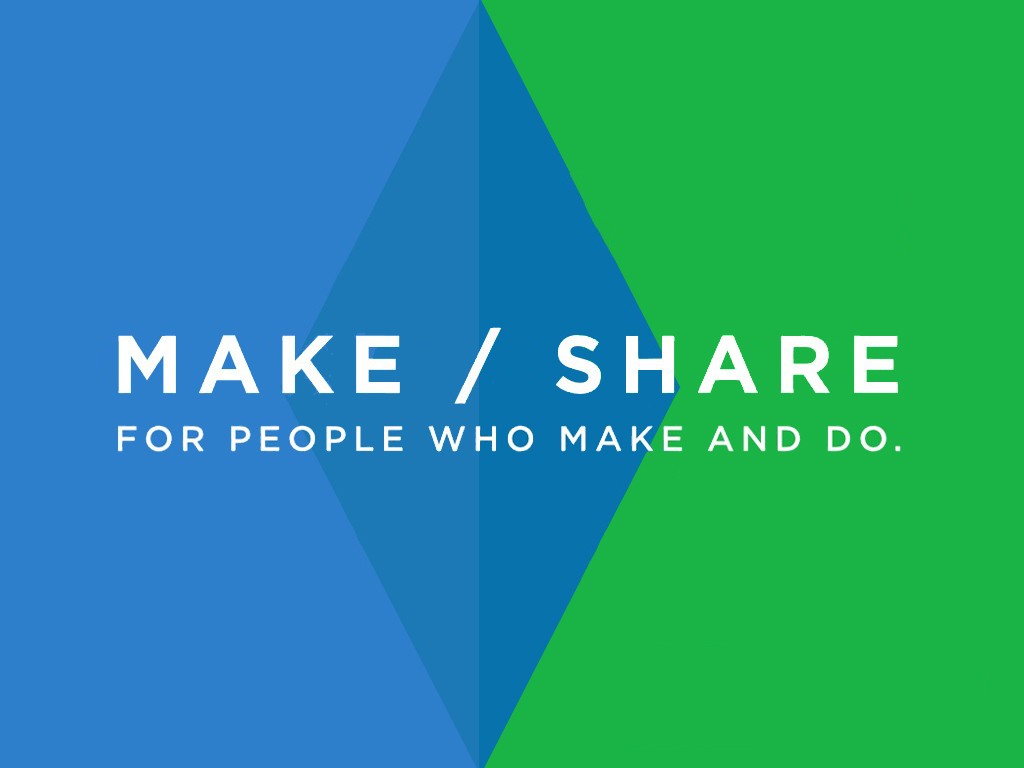 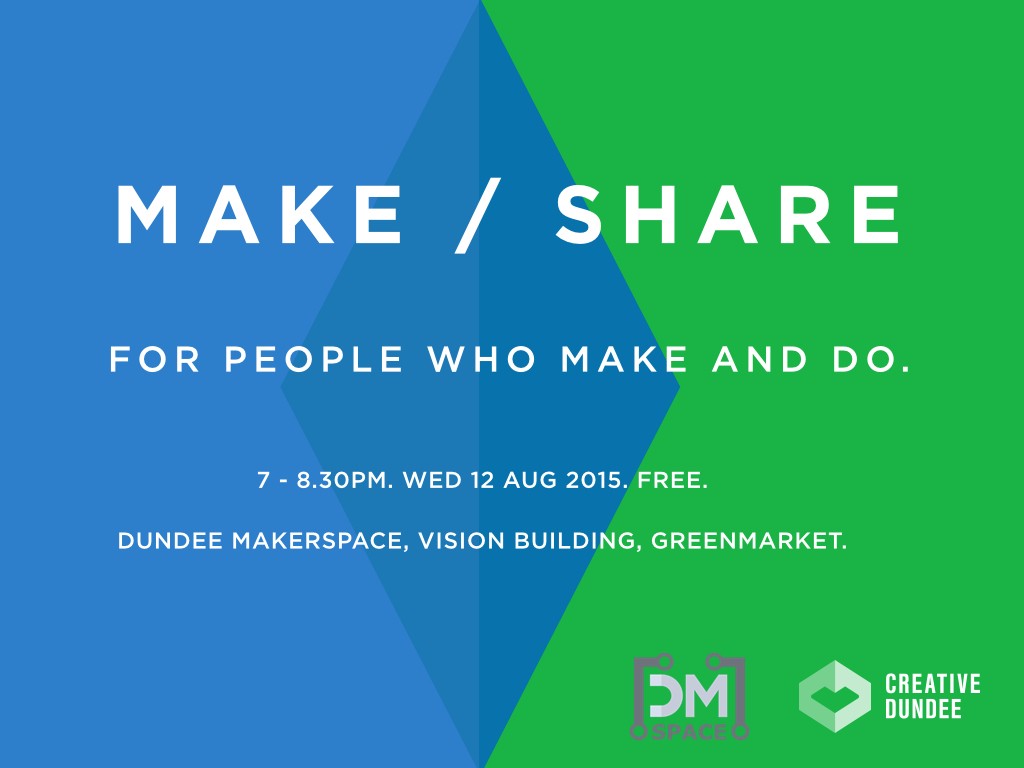 Bringing together people who make things, whatever they may be!

Creative Dundee and Dundee MakerSpace are kicking off a new regular informal event series on Wed 12th August, at Dundee MakerSpace’s studio, down at the Vision building. Make / Share will happen on the second Wednesday of every month.

And by people, we mean anyone who makes, this could include, but not limited to! Artists – developers – scientists – designers – technologists – architects – performers – musicians – public/community activists – individuals, organisations, companies – the list goes on.

Make / Share is the chance to hear a few short talks by people about the things they’ve made and the process they’ve gone through to make them.

We also have space to show and demo your creations/products/processes, so please just bring them along on the night – we’ll have tables and a plug socket or two on offer if needed.

If you’d like to talk about a project you’ve been working on at a future Make / Share, just get in touch.

Makers speaking about their process this time include: 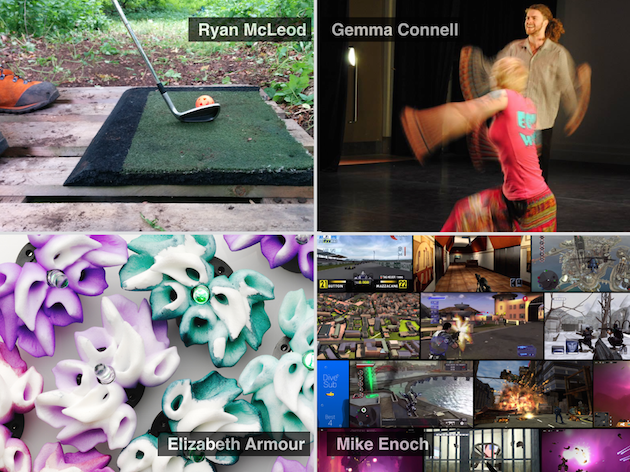 Ryan McLeod: Wiffle Golf is something Ryan created as a side project, driven by desire to develop his skills and explore new areas. Ryan sees side projects as an absolutely essential part of any designer’s working practice as it encourages play and stupidity which is never a bad thing. Ryan is a digital designer who works on a wide variety of projects, from the web to graphics among other things. madebyslurpp.com / @madebyslurpp

Gemma Connell: Flow! is a revolutionary open stage event that brings together dancers and spoken word artists through spontaneous duets. Gemma is a multi-disciplinary Artist, Curator and Creative Producer, based in Montrose. She works across dance, theatre and spoken word, blurring the boundaries between different kinds of performance. theartifact.org.uk / @ArtifactTweets

Mike Enoch: currently exploring procedural interactive narrative, making game mechanics out of social rather than spatial interactions. Mike intends to make a story game that feels dynamic and non-linear, although still featuring authored content. Mike has been a professional games developer since 1997, a programmer and team leader, who now works independently on his own designs. He was part of the BAFTA winning team behind Crackdown, published by Microsoft on the Xbox 360. mikeenoch.com / @mikeenoch

Elizabeth Armour: using haptic 3D programs to design imaginative wearable pieces, Elizabeth is inspired by her love of underwater environments and fascinating creatures. She loves making new discoveries as new technologies and materials develop whilst practicing traditional craft; following a position within DCA’s Print Studio, she is interested in research and teaching within the creative industries. elizabetharmour.com / @lizziearmour

Monthly on the second Wednesday of the month.