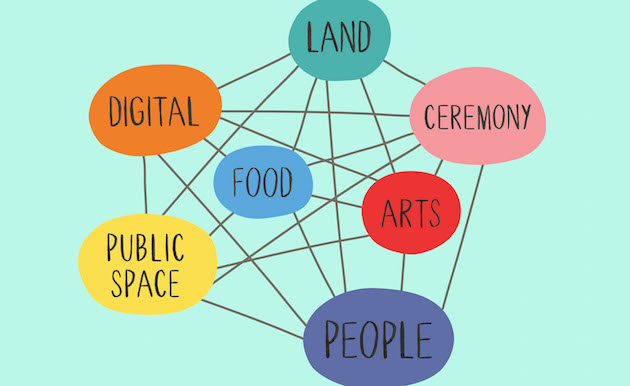 Dundee Commons Festival is a week-long celebration and investigation of the commons in Dundee. With daily talks, breadmaking, walks, workshops, exhibitions, and performances, the festival runs from Monday 24th –  Sunday 30th August 2015.

Traditionally a commons – or in Scotland, a commonty – was a piece of land held in common use. It wasn’t owned by anyone but it was used by everyone.  So the festival asks, what would Dundee look like, sound like, feel like, taste like, and smell like if the city were a commons? How would we relate to one another? What values would sustain us? And what sort of support structures would we need to create a common future?

At a time of immense change, both locally and globally, the festival provides a framework to join together, reflect on, and respond to some of these questions.

Here are some of our highlights of the packed programme, all events are free and everyone is welcome. Make sure you visit their website to find out full details of all Festival art and performances, and workshops and discussions. 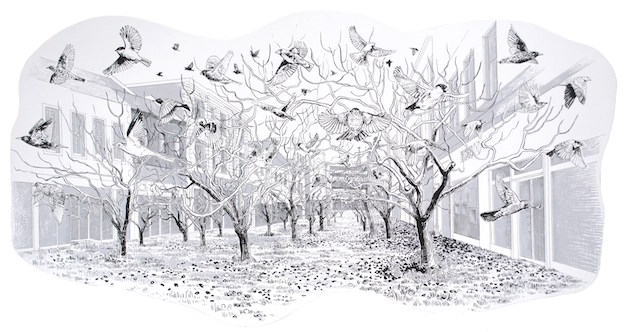 If the City were an Orchard – Sarah Gittins

If the City were an Orchard – Sarah Gittins

Dundee Urban Orchard has worked alongside community groups, schools and cultural organisations to establish a network of 24 small-scale orchards that together reimagine Dundee as an Orchard City. This exhibition of screenprints explores the Biodiversity Commons of an Orchard City, depicting established orchards in streets and public spaces around Dundee.

When: throughout the festival based at Roseangle Arts Cafe. More details about If the City were an Orchard. 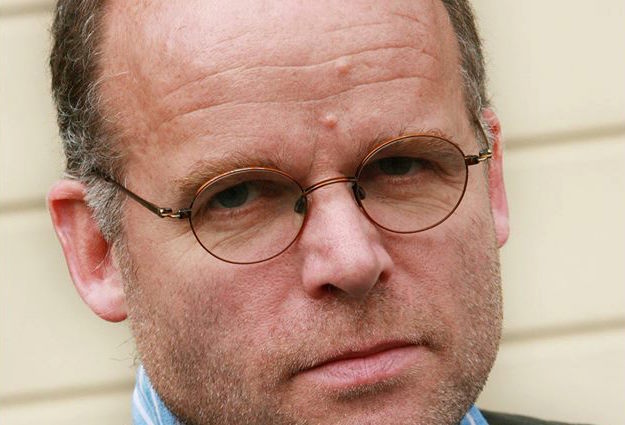 Land as Commons – a lunchtime talk with Andy Wightman

The history of land in Scotland is a history of appropriation, privatisation and feudalism. The ownership and use of land continues to be contested across urban, rural and marine Scotland. Who should own the land?

When: 24 August 1pm – 2pm, with a commons lunch. More details about Land as Commons.

Before the talk, from 12.30 – 12.50pm, you can hear Back Stories Songbook by Artist, Emil Thompson. Emil will give an acoustic performance of local headlines from the Dundee Courier reimagined as songs. 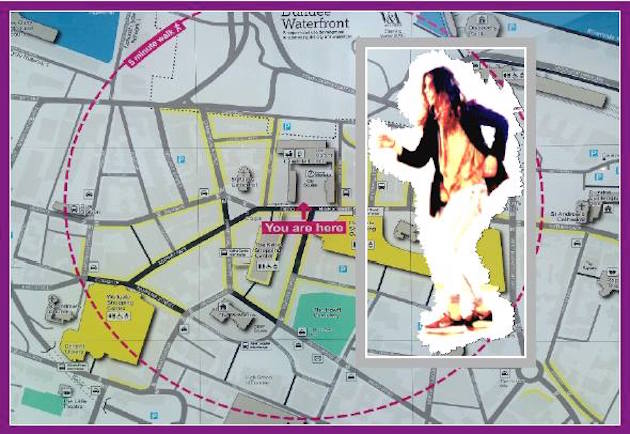 common(AR)s is about movement of people in shared spaces and is a dialogical Screendance and AR (Augmented Reality) project, that archives and shares dances inspired by the negotiations of space, the affordances of passageways and walkways in the city Dundee.

common(AR)s is accessed using the AR app Aurasma on smart mobile devices. The screendance clips tagged to gps coordinates, are viewed by walking through the city with a map or by visiting the installation of images at the Roseangle Artist’s Cafe.

When: throughout the festival. More details about common(AR). 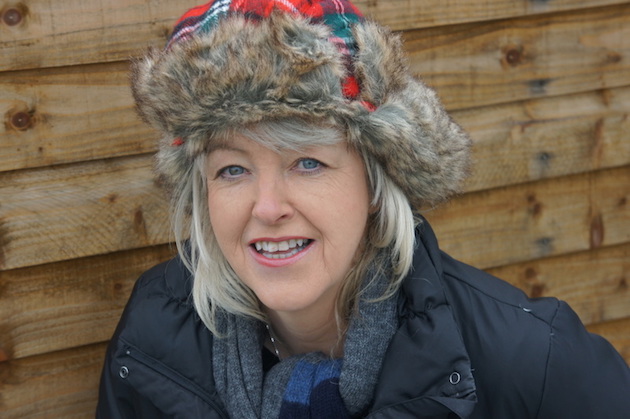 People as Commons – a lunchtime talk with Lesley Riddoch
When the natural assets of Scotland are considered, oil, gas, hydro, wind, and wave tend to come much higher than any country’s chief resource – its people.

Across the country pioneering Scots have thrown themselves into the hugely unequal task of fixing their communities DESPITE the structures of society and usually unaided by any political party.

When: 26 August 1 – 2pm, with a commons lunch. More details about People as Commons. 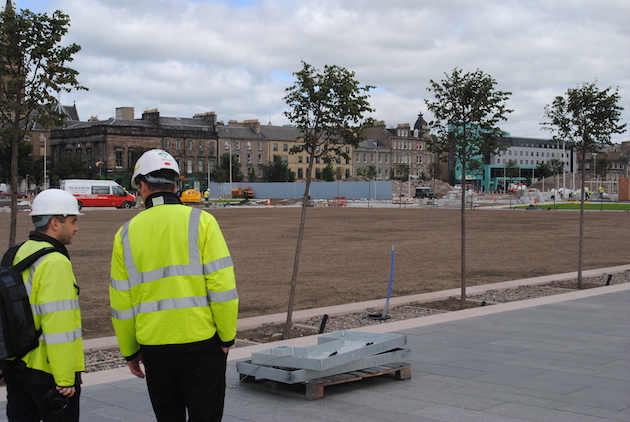 Working in collaboration with Dundee City Council (DCC) and Dundee Green Groups, Design in Common Action is an art and design initiative encouraging co-design and public participation in the Dundee Waterfront Development.

Through a series of facilitated exercises, participants will be encouraged to generate co-design proposals inspired by the four themes used in the earlier workshop: ‘biodiversity’, ‘lively place’, ‘sustainable transport’, and ‘low carbon living’.

Daily Bread is a series of breadmaking workshops taking place on each weekday morning of the Dundee Commons Festival, at the Roseangle Commons Hub. The practice of daily bread abounds in cultural and spiritual significance, resonating with an understanding of the commons in our everyday lives.

These are public workshops – an opportunity to enjoy and celebrate the simple act and artistry of making bread together through kneading, proving and scoring our own daily bread.

Our commodified food system makes us ill and despoils the planet. We are overfed and undernourished, but in a socio-ecological crisis new paths emerge towards environmental justice. In a preview of his book Food, Land, Power Mike Small will examine the pathways to a food system reclaimed and restored for a sustainable future.

When: Tuesday 25th August. 1pm – 2pm, with a commons lunch. More details about Food as Commons. 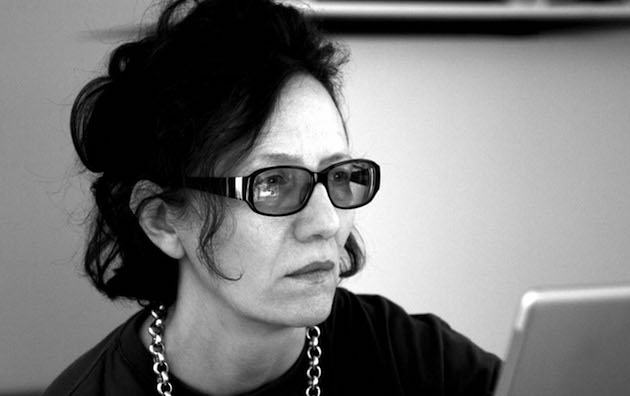 Free software and collaborative platforms such as Wikipedia have shown its contemporaneity as well as sustainability, and inspired experimentation with various new forms of sharing and collaboration.

In her talk, Cornelia will discuss the influence of the commons on artistic strategies. Her extensive research on intellectual property and copyright-related issues has yielded the question of what artists can contribute to free culture.

When: 27 August, 1 – 2pm, with a commons lunch. More details about the Digital Commons followed by an afternoon workshop exploring aspects of the topic.

A group of women will be stepping out along a silver carpet leading from Caird Hall to City Square. This performance follows a series of workshops which provided an opportunity for silver, white or grey haired women to meet each other, establish common interests and find both voice and visibility. 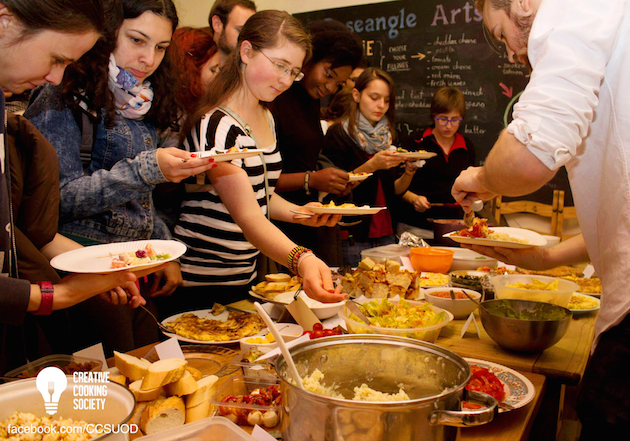 Creative Cooking Society is organising a picnic using leftover ingredients, kindly donated by local organisations and individuals. We aim to raise awareness about food waste, and demonstrate that creativity can significantly contribute to a more sustainable and affordable way of living. 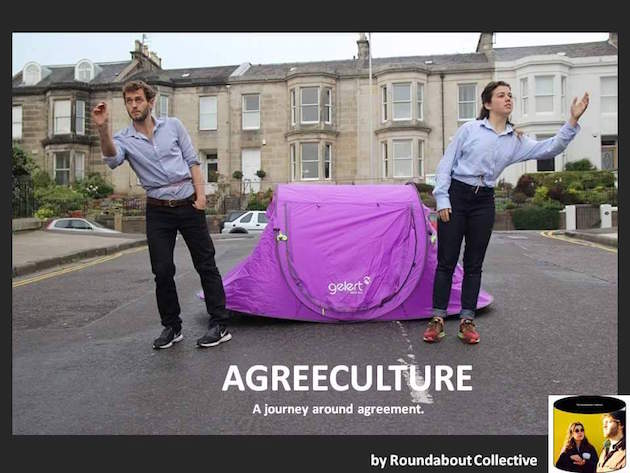 Agreeculture – Roundabout Collective (Nerea Gurrutxaga and Marti Güell Vallbona)
This work is an exploration around the idea of agreement. The premise of our research is a conception of agreement, as something malleable and constantly subject to compromise and adaptation, rather than a fixed point of arrival. 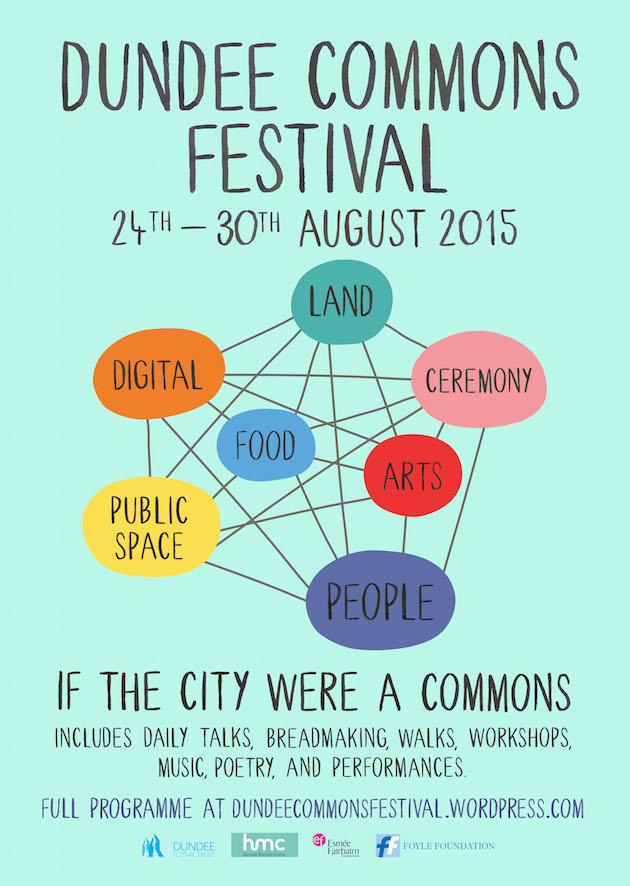 Morning workshops and weekend events are suitable for all ages – with appropriate adult supervision or consent.

The hub space – and many of the events – can be found at Roseangle Commons, Dundee West Church, Lower Hall, 132 Perth Rd, DD1 4JW – enter via Roseangle Arts Cafe.

For further information, and to sign up to workshops, visit: dundeecommonsfestival.wordpress.com