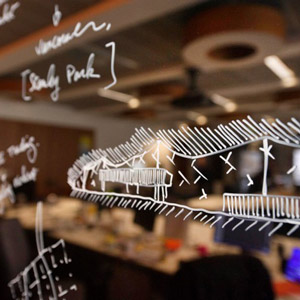 Danish and Scottish cultural communities are meeting share ideas on city making as part of a four day festival. How can we develop our cities in fairer and more democratic ways, learn from and co-create projects with other cities around the world?
This week, international guests will travel to Edinburgh for the City Link Symposium to explore and share ideas on innovative projects that are creating positive change in their cities.

The City Link Symposium is a celebration of cities and the people and activity that shape them, bringing together speakers who in different ways have studied, considered, altered or impacted the urban environment. A one day symposium will be held on Friday 25th September, commencing at Summerhall for a morning of talks, and an afternoon of workshops in various locations across the city.

The morning programme will feature speakers from Scotland, Denmark, the US, Germany and the Netherlands. Christoph Lindner, Professor of Media and Culture at the University of Amsterdam, where he writes about cities, visual culture, and globalization, will present Retro-Walking New York: Slow Urbanism. He uses New York City’ s High Line elevated park as a case study to explore how slowness – as both an aesthetic experience and a spatial practice – is increasingly being used to enable the neoliberal development of the global city. 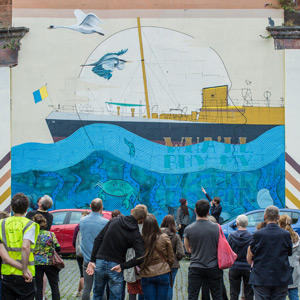 Signe Brink Pedersen, Denmark, will bring her experiences of curating Dream City at Roskilde Festival to Edinburgh. Signe will present how temporary art and architecture might be used to catalyse development with playful approaches in urban contexts.
Other speakers include US-based artist and urban interventionist Jason Roberts, Copenhagen based Architect and urban designer Kristoffer Kamp Theisen, creative producer and Director of Creative Edinburgh Janine Matheson and Director of
Festivals Edinburgh Faith Liddell.

Those attending the symposium can also participate in afternoon site visits around Edinburgh: City ‘hacktivist’ Jason Roberts will join Akiko Kobiyashi on the Union Canal for a hands-on workshop on DIY Urbanism; LeithLate will give a tour of local Leith murals and street art; Tech hub CodeBase will host a digital mapping workshop led by Edinburgh College of Art’s Chris Speed using smartphone technology to map the ‘time of the city’ and Hamburg based activist and artist Till Haupt will give an insight in to his work in grassroots urban activism and politics.

The Symposium is part of the The City Link Festival, taking place in Edinburgh 24-27th September and linking cultural communities in Edinburgh and Copenhagen. The City Link initiative nurtures a network of people with ideas that could link cities, discuss local initiatives, inspire each other and investigate possibilities of co-creating cities across Europe. The network includes cultural entrepreneurs, architects, artists, academics, activists and those with ideas on how to link cities, working with those outside of the institutional frameworks to create accessible spaces for discussion, social bonding, inspiration and co-creation. The festival integrates culture and urban life in a way that develops new relations between the cities hand in hand with new perspectives. 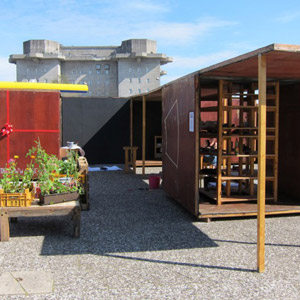 The first City Link Festival connected Copenhagen with Hamburg in 2014. Edinburgh will be the third city to join the growing network, with the festival travelling to Istanbul in 2016. You can view this year’s programme at www.city-link.org.

The festival was initiated by GivRum, a Copenhagen based urban life organisation working towards the promotion of fairer cities. Together they have been working with Edinburgh creatives to develop the programme.

Symposium director Dr Stacey Hunter said: “City Link Edinburgh Copenhagen is responding to an interest in democratic renewal that is being expressed across the world. Our symposium is bringing together speakers who cross the thresholds
of activism, academia and the arts. Our afternoon workshops are about testing out new ideas about cities and collaboration. There is something for everyone so whether you’re interested in working with new data & digital techniques; hammers & nails; or design, arts & culture, the City Link symposium is a chance to participate in a dynamic and democratic community.”

Tickets are on sale in via the Summerhall Box Office. Tickets cost £20 on the day or £10 in advance. £5 tickets are available for students and free for the unemployed. For advance bookings a number of group rates are available for groups of five + at a special earlybird price of £8 each.