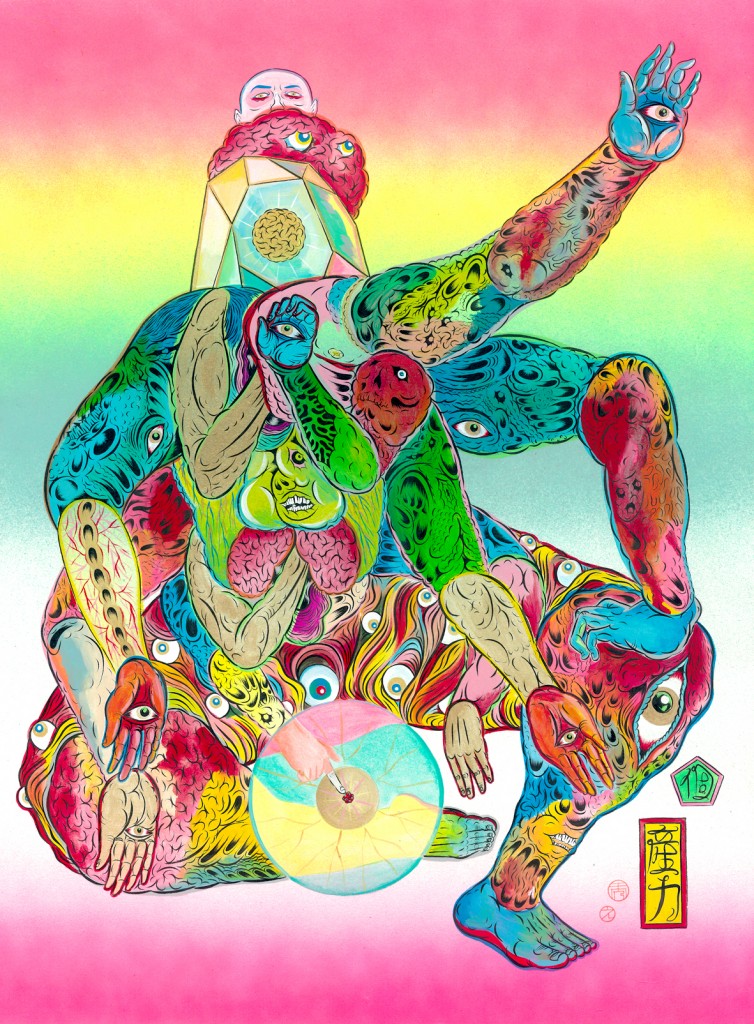 This autumn, Dundee Contemporary Arts presents the work of the Japanese artist Hideyuki Katsumata in his first UK show, which will be his largest exhibition to date. USO de HONTOU, which translates as ‘that’s also unreal, but it’s also real’, will feature works that draw on Japanese culture whilst chiming with elements of Dundee’s comics and games heritage. The exhibition has been programmed in partnership with Discovery Film Festival.

Katsumata’s paintings, animations and prints depict robots, UFOs, dragons and strange bodies with multiple limbs in works that draw on influences from folklore to manga and street art. For USO de HONTOU he will transform DCA Galleries into a dazzling psychedelic landscape of cartoon strips writ large. He will spend ten days in Dundee creating a large-scale hand-painted mural that will cover the walls of one of the galleries, and making work in DCA Print Studio that will be on display alongside it. The large gallery will feature several of his joyous, dazzling animated pop videos. 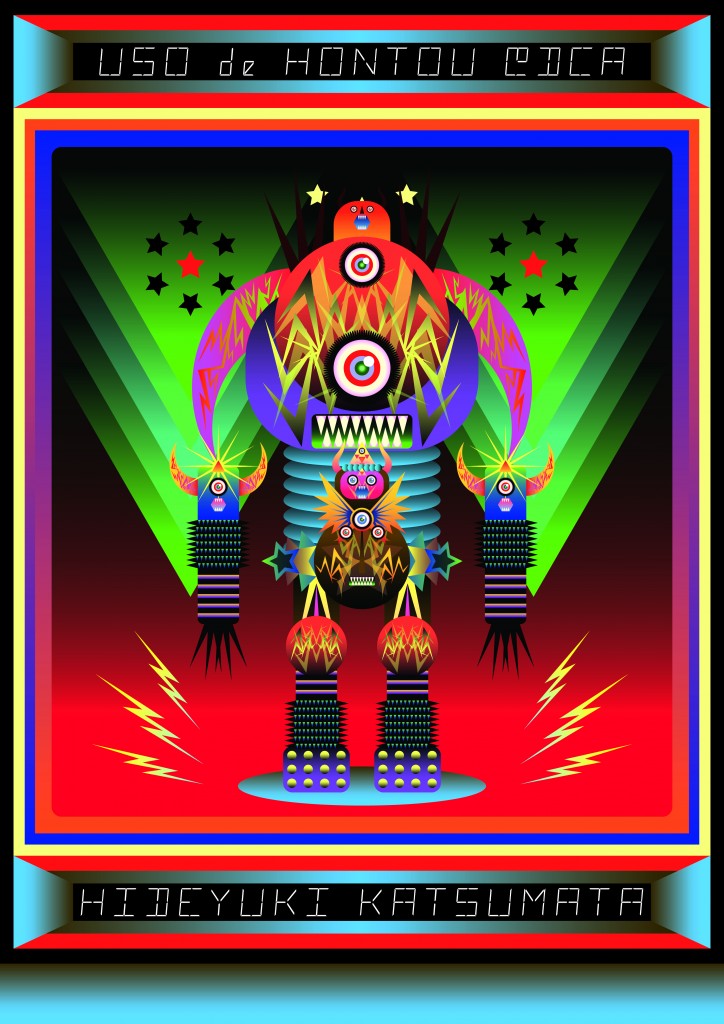 Katsumata has been exhibiting in Japan since 2002. He has also been included in various group shows around the world, including Sala Cega – Trezeta Musik in Sao Paulo, 2007; Forthrite in Oakland USA, 2009; Buro Beukorkest in the Netherlands in 2012 – 2013; DRAWABLE at F.L.A. Gallery, Florida in 2013; Tropical Sushi in Bangkok, 2014 and Hellion Gallery, Portland, Oregon, earlier this year.

Katsumata has made pop videos and illustrated record sleeves for artists including CUZ (Sam Dook from The GO! Team and Mike Watt from The Minutemen, fIREHOSE and The Stooges), Little Dragon, Rainbow Arabia, Simone White, T-Bone and Mad et Len. His work is equally at home on YouTube, as a VJing set in a club, in art galleries or as street art.

A programme of talks and events accompanies the exhibition: visit DCA’s website to find out more. USO de HONTOU is programmed as part of Discovery Film Festival, Scotland’s international film festival for young audiences and will feature in DCA from Saturday 3 October – Sunday 15 November with an exhibition preview on Friday 2nd October at 19:00 – 21:00.