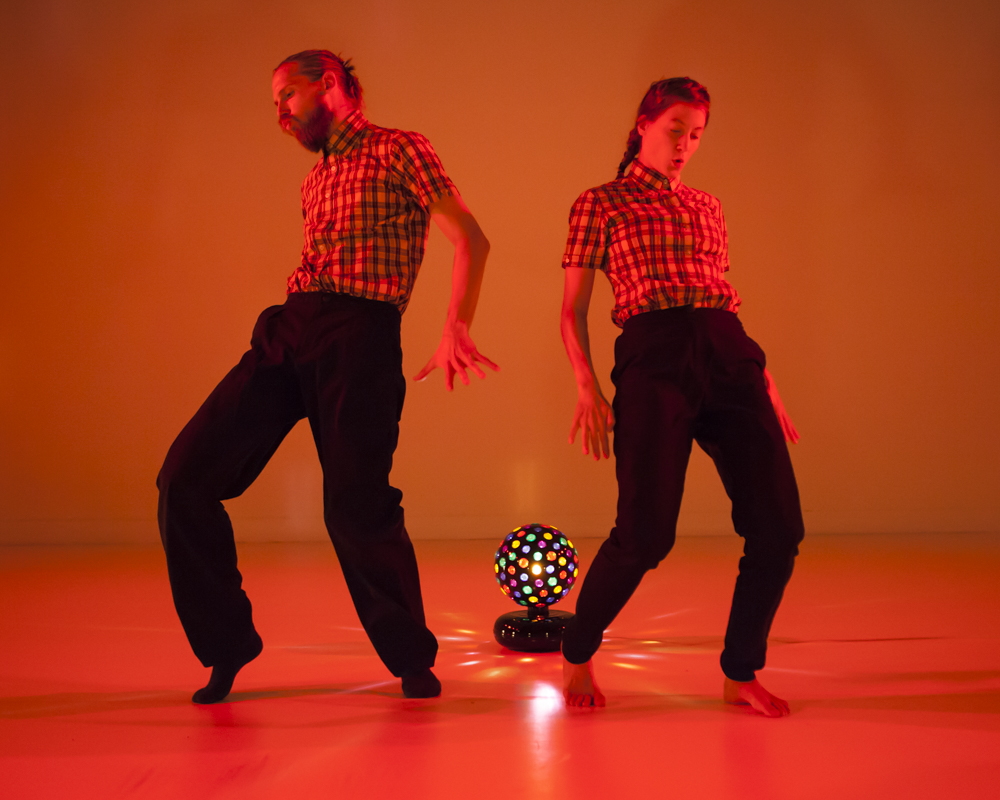 Originally from Barcelona, Joan came to Dundee in 2009 to become a dancer with Scottish Dance Theatre.  After four years travelling the world with the company, he decided to become a freelancer and ultimately decided to lay the roots of his own company, Joan Clevillé Dance, in Dundee.

“Dundee offers you such a great balance between personal and professional opportunities. You still are in an urban environment but the size of the city is very manageable, and this gives you a chance to build stronger relationships. I can also have a life quality that would be unaffordable anywhere else!”

Joan Clevillé Dance have just premiered their inaugural work, Plan B for Utopia at this year’s Edinburgh Festival Fringe to rave reviews from press and audiences alike and with international interest in touring the work in the future.

“I really couldn’t have asked for more. People were very generous with the reception of the work and the Fringe gives you an incredible amount of exposure that is hard to get anywhere else, especially in the field of contemporary dance.”

“For me, finding the right collaborators was a key element for the success of the project and I didn’t have to go far to find them: dancer John Kendall is a graduate from Scottish School of Contemporary Dance (SSCD) at Dundee and Angus College. He caught my eye in his graduation performance a few years ago and I followed his professional development in London and later with balletLORENT. I had previously worked with Solène Weinachter (the other dancer in the work) in a number of occasions. She was a colleague of mine at Scottish Dance Theatre, where we created many roles together, and then we met again working with choreographers Ben Duke and Sally Owen (who is also Dundee-based).”

‘The costumes for Plan B for Utopia were designed by local designer Matthias Strahm and the lighting was designed by Emma Jones both of whom live and work in Dundee but have an international reputation for their work.”

“Building the company has also led me to meet new people within Dundee’s creative industries. We have worked with graphic designers Stuart Lindsay (Pulse North) and Stuart Cockburn from Fleet Collective in the design of our logo, website and posters. Working with local designers meant that we could have a much closer relationship with them (they even came to see the show!) which gave them a much better understanding of the company and what we were trying to achieve.”

In 2014, Joan became an Associate Artist of SSCD, with the aim of strengthening the relationship of the School with the professional dance world. During the last year, Joan has offered placements and mentoring for emerging choreographers in the School as well as other professional development opportunities.

“Placements and apprenticeships give you the chance of learning how a company works from the inside. It is beautiful to watch the craft being passed from one generation to the other.”

“I can’t wait to present Plan B for Utopia in Dundee. I am convinced that that the piece would have been something completely different if we would have made it somewhere else. There is something about the energy of the city, its sense of hope, which I think has impregnated the work.”

Joan Clevillé Dance will perform Plan B for Utopia at Dundee Rep Theatre’s Bonar Hall on 18th September at 8pm.  Visit www.joanclevilledance.com for details of performances and opportunities for students and recent graduates.