The return of ICKLE Film Fest 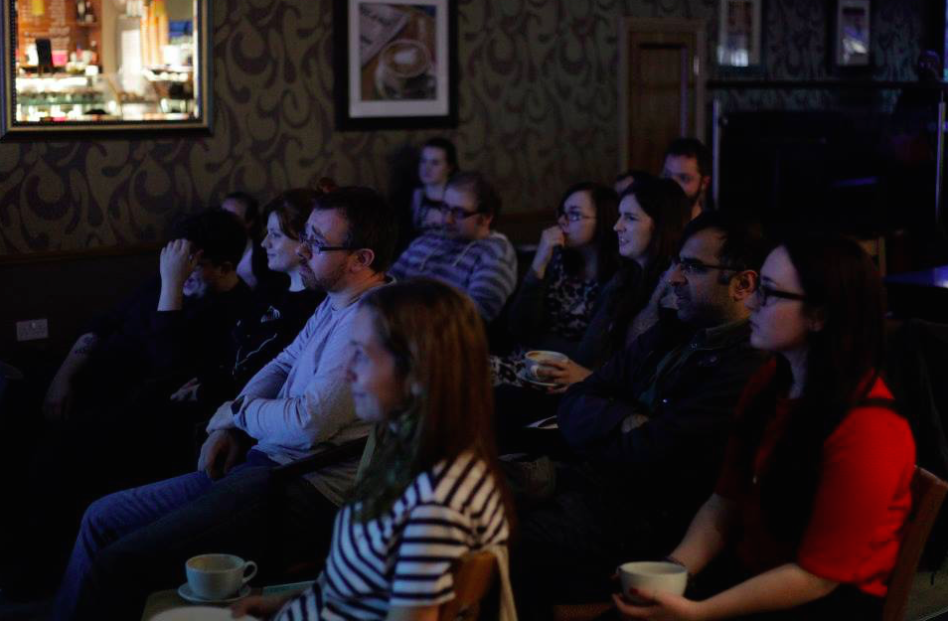 It’s great to have Dundee’s international short film festival, ICKLE Film Fest return for its fifth year this weekend, from Thursday 24 to Saturday 26 September. ICKLE is an open call festival with something for everyone in their eclectic and full programme. Having been inundated with films from all over the globe, ICKLE is delighted to showcase a stunning range of moving image.

Kicking off at 4pm on Thursday 24 at the Hannah Macclure Centre in Abertay Union, ICKLE hosts an inspiring session with the Scottish Documentary Institute. Each year SDI open their Bridging The Gap programme, offering invaluable training and mentoring from project inception right through to screenings. IFF have partnered up to bring those interested in documentary filmmaking an extended information session about what Bridging The Gap and SDI offer. This informative session is followed by a Q&A with award winning filmmaker, SDI’s Duncan Cowles. At 7.30pm, ICKLE screenings kick off at Generator Projects as we screen films from Ireland, London and as close to home as Dundee itself with the festival première of recent DJCAD graduate Lucie Rachel’s Mother Father.

Bring your lunch to Tin Roof at 12pm on Friday 25 to enjoy another free screening of ICKLE short films; we’ll go to Cornwall with Max, the most adorable 9 year old conceptual artists to grace ICKLE screens, then blend Mexico with Scotland before discovering if an elderly man can begin to see the world differently in Directed By Tweedie. From 1.30pm to 3.30pm ICKLE is delighted to showcase works from Berlin Film Distributors at GeneratorProjects, AUG&OHR MEDIEN. An open accessible screening for you to drop in on if you have a spare ten minutes or a free couple of hours! At 5pm, return to Tin Roof for a selection of incredible shorts taking us to Nagoya, Japan in Dimensions Of Earth and straight back to Dundee with the stunning Solium. Join ICKLE at 7.30pm in Hannah Macclure Centre for a remote, pre-recorded Q&A with the BAFTA award winning White Robot duo, Ainslie Henderson and Will Anderson along with a screening of their films, including BAFTA nominated Monkey Love Experiments.

Saturday 26 kicks off at 12pm in Tin Roof with lunchtime shorts, screening Arbroath made film Bloodloss and Spain’s Lucia Costa’s Alba Wants To Be. The last chance to catch some incredible curated short film from Berlin Distributors AUG&OHR MEDIEN runs 1pm – 3pm at Generator Projects, before a spotlight and Q&A session with The Skinny Short Film Award winner Bryan M. Ferguson. ICKLE 2015 comes to a close from 7.30pm on Saturday; as we crown the winner of the first ever ICKLE Award and a shortlisted screening before a closing celebration with DJ Euan Lynch kindly sponsored by Dundee brewery, MoR.

All events at ICKLE short film festival are free to attend; doors open 15 mins prior to the printed start time. All screenings are recommended for age 16+ (please note: audience members must be 18+ on Saturday 26). For more information and updates, follow @ICKLEFILMFEST on Twitter or Facebook. www.icklefilmfest.co.uk

You can view their packed programme down below!