Drop in and Play Call 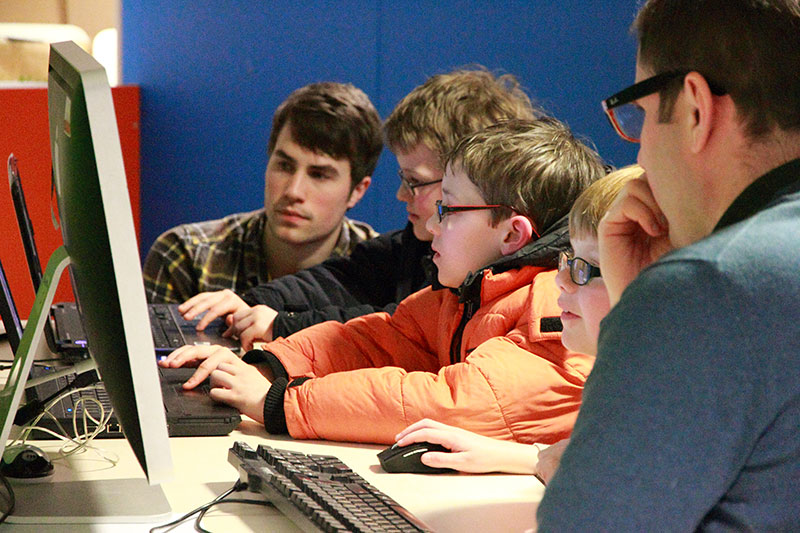 Dundee Contemporary Arts and Abertay University invite games developers to take part in the latest in DCA’s series of popular Drop in and Play ‎gaming events. The event on Sun 8 November will coincide with the closing celebrations of Discovery Film Festival and its screening of Labyrinthus, a Belgian-Dutch co-production about a young gamer who must use his skills to save his friends, who are trapped in a game with sinister powers.

The organisers are looking for new and unreleased games made in Scotland, and in particular in Dundee. Games must be a finished product or playable prototype and suitable for ages 10+. Applications from individuals, students and small companies are all welcomed: applicants will be expected to supply the computer or device needed to demonstrate their projects.

Developers interested in taking part should send an email with their name and/or company name, a short description of their game and links to any relevant resources to jessica.reid@dca.org.uk by midday on Fri 23 October.

Mike Tait, Discovery Film Festival Producer, said “The stunningly immersive visual effects of Labyrinthus really capture the artistry of games design, so we’re delighted to have the opportunity to showcase some of‎ the best work by local developers before the screening. We hope lots of developers will want to take part, and that young gamers will come down to DCA to try out their work and see the film.”

Professor Gregor White, Head of the School of Arts, Media and Computer Games at Abertay University, said: “The Discovery Film Festival is a very exciting and inspiring event for young people and we’re delighted to be inviting game developers to showcase their games at the latest Drop In and Play.

“It’s a great opportunity for students, graduates and professionals to test out their new game ideas on the public, and for young people and families to try out brand new games and meet the artists, designers and programmers who made them.”

Drop in and Play is a free DCA gaming event which was first held in November 2012 as part of NEoN Digital Arts Festival and Discovery Film Festival. This iteration of the event will take place on Sun 8 November from 12:30 – 14:30 at DCA and is presented in partnership with Discovery Film Festival and Abertay University. For more information visit discoveryfilmfestival.org.uk.