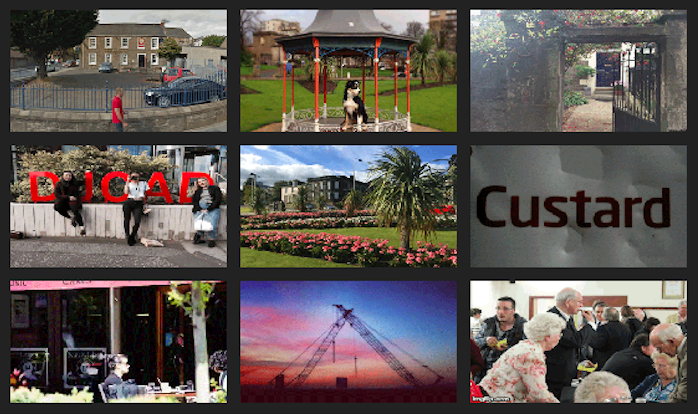 A number of Dundee’s residents were part of V&A’s Digital Design Weekend, a weekend of events celebrating contemporary digital art and design, including interactive installations, demonstrations of robotics, tinkering and inventive electronics, workshops, family activities and more! Dundee’s new City GIF Wall was shown for the first time in the V&A in London, during DDW part of London Design Festival 2015.

Creative Dundee is today launching the online City GIF Wall which features a number of our familiar sights but also some of the city’s hidden perspectives. We hope that the Wall will be an innovative, constantly evolving digital resource for Dundee. 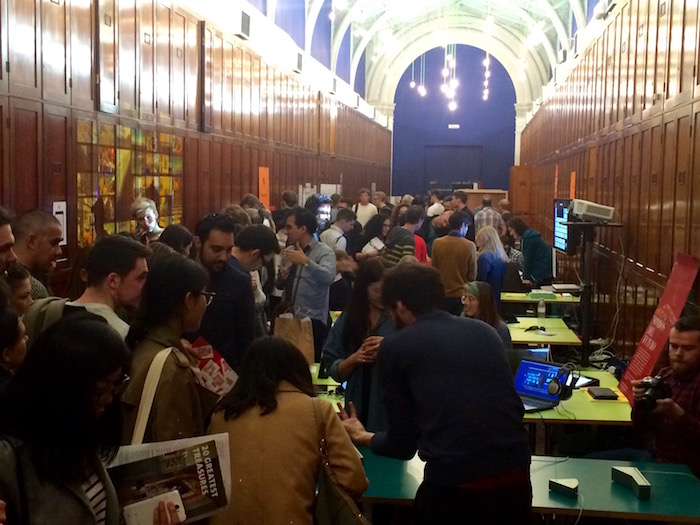 Thousands of people packed into the V&A on Saturday 26 – Sunday 27 September to enjoy the range of playful technologies; and well over 60 people submitted their own GIF artworks of their perspectives of Dundee through an open call in advance of the weekend.

The City GIF Wall was originally developed at Small Society Lab, where people from Dundee collaborated with Mexico City’s citizens earlier this year. A number of great projects were developed over the two day Lab in both cities which were on display and featured in the V&A’s physical publication, ‘Crafting our Digital Futures’. 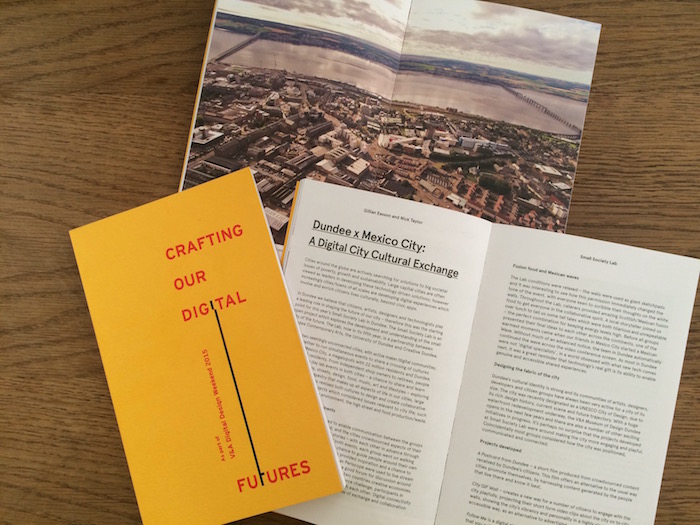 Dundee’s digital presence was strong in London, with the following projects representing the city:

The City GIF Wall offers a new way for citizens to engage with the city playfully, showing the city from multiple, often hidden perspectives. We imagine the wall to be projected on to walls around Dundee, showing the city’s vibrancy and personality in a highly visual and accessible way, as an alternative to commercial advertising.

Through an open call, people submitted their GIFs and a special note has to go to Dens Road Primary School who even ran GIF making sessions with pupils before making and sharing their content!

The City GIF Wall was led by digital artist, Tom deMajo in collaboration with those at Small Society Lab 2015, a project which explores the development and understanding of the small city of the future – it’s a partnership between Dundee Contemporary Arts, the University of Dundee and Creative Dundee.

Visit the City GIF Wall on Creative Dundee’s site here and tweet your own GIFs to be added: #DundeeGIFwall 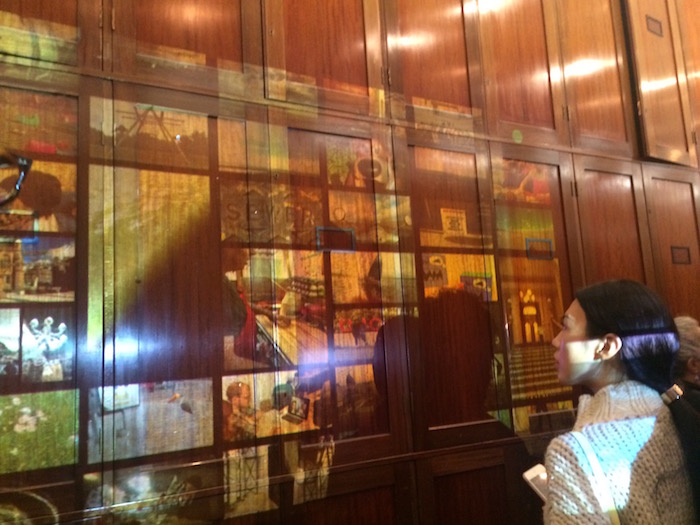 Killbox is an online game and interactive installation that critically explores the nature of drone warfare, its complexities and consequences. It is an experience which explores the use of technology to transform and extend political and military power, and the abstraction of killing through virtualisation.

Killbox, will involve audiences in a fictionalised interactive experience in virtual environments based on documented drones strikes in Northern Pakistan.

The work is an international collaboration between U.S. based artist/activist, Joseph DeLappe and Dundee-based artists and game developers, Malath Abbas, Tom Demajo and Albert Elwin. 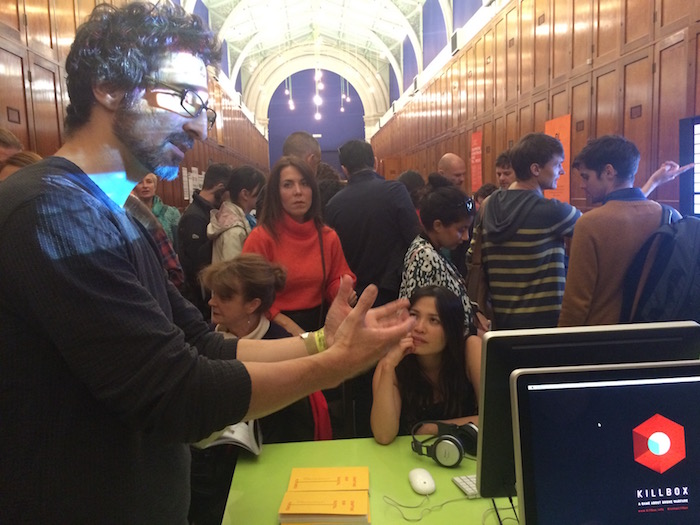 Sagacity is a Periodic Table of Emotion designed to prompt reflection on the emotional wellbeing on an entire city. When a tweet in the Dundee area uses an emotional word, the corresponding element in the visualisation illuminates. Over time, the word fades out until the emotion is seen again, creating a constantly shifting pattern of mood.

Sagacity was created by Aidan Moesby in collaboration with the University of Dundee and Dundee Contemporary Arts. 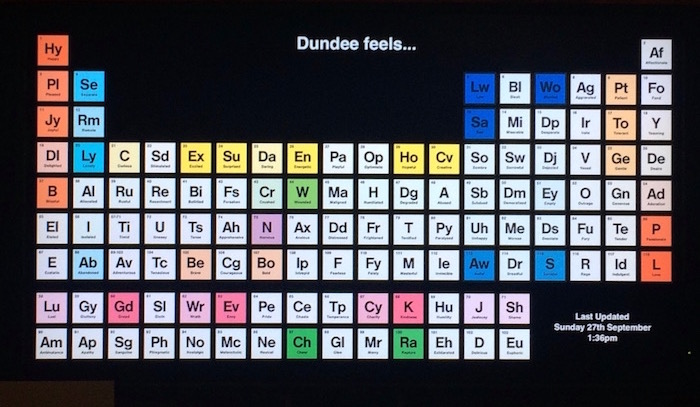 Tap Writers are the world’s smallest social network – a network of small till-roll printers connected to the web and used by independent retailers in Dundee and Mexico City which allow them to send messages to each other instantly.

This project aims to connect our high streets by exploring how to harness emerging Internet of Things technologies to connect people to their local high streets in ways that are personable and look beyond notions of consumption. 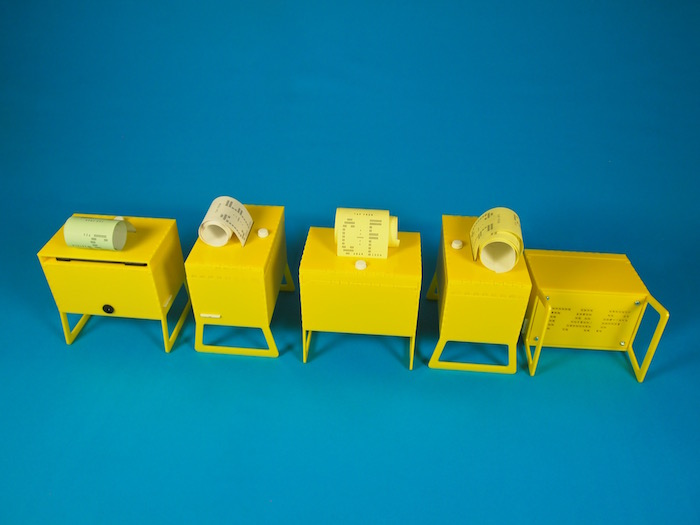 It was great to see the other projects also on display at DDW, including Casual Interfaces  – tapping which was mimicked by a connected device; Civic Shop – showcasing the work of civic activists and social designers; Sarah T Gold’s Citizen Data Licences – an exhibit which empowers you to choose how your data is shared; and Napz from Mexico City – goggles which enable you to biohack your own sleep! 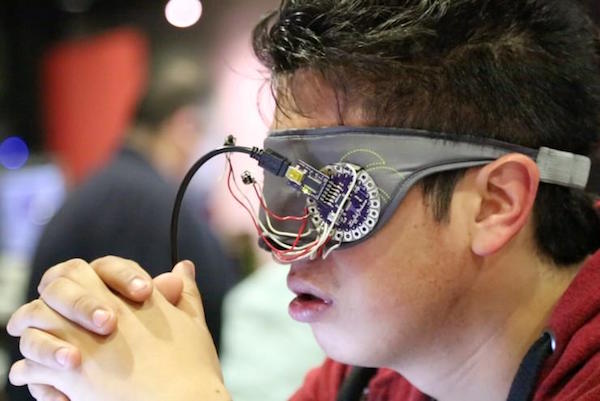