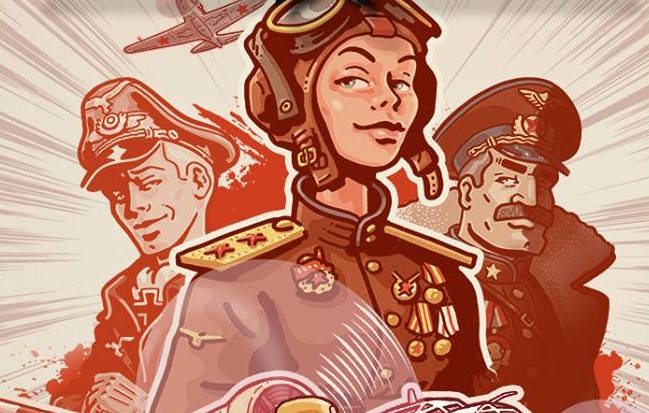 Continuing with our monthly interview of creative businesses in Dundee to celebrate Year of Innovation, Architecture and Design in Dundee, we felt that it would be great to highlight one of the many successful games companies based in our city. For our second interview, Creative Dundee met with Mark Ettle, Managing Director of Cobra Mobile – an award winning games company based in Dundee.

Can you describe a typical working day in the life of Mark Ettle?

“I start at 7 and work through until 3pm. First thing I do each day is check emails and reply or forward them internally. I then review projects that are still in progress before the staff come in. Once everyone’s in, we have a daily standup meeting where we go round the room and the team tells me what they’re working on so by default everybody knows what each other is doing.”

“The rest of the day is a series of meetings or micro meetings – we like to go to someone’s desk rather than a room because it’s too formal. We’re great believers in discussing and communicating ideas, what may seem like a daft idea can turn into something brilliant after a discussion. We discuss lots of things and I always say there’s no silly questions – you can say anything you want. If you voice your thoughts then it allows others to understand your train of thought.”

“A lot of the time I’m also scheduling in slots to think. Any chief executive should have a 360 degree picture of the business. What I mean by that is you need to understand where the business has come from, is going and you also need to understand what’s happening to the left and the right of you in case anything happens that you need to shift and move. It’s easy to overcome any obstacles if you have a full understanding of what’s already happened in the business but also it gives you a chance to look at the market and make strategic moves depending on what’s happening or going to happen within the industry. This is a difficult thing to master however, and sometimes it’s best to do things because it just feels right.”

Can you tell us about your latest project?

“Yes and no. We’re always working on a selection of prototypes – the majority of which get thrown in the bin because they don’t go anywhere – however at the moment we’re working on 2 new games. One of them is a mobile and PC platform adventure game which has all our hallmarks which are that it’s an original game IP (intellectual property), it’s character driven and fun – that’s big and exciting!”

“We’re also working on a smaller game which is very similar to what we did last year with the huge success of ‘Let’s Go Rocket’. This means it’s a free, quick to play game which is different to a lot of things we’ve done before but it’s very unique and novel in the way that we’ve approached it. That’s all I can say about them because until we’re almost at the final, physical project we avoid talking about the product so that it’s fresh and current for the audience. We also keep the games internal until it’s ready to be released to allow us to tweak it – this is because you only get one shot to grab the audience’s attention and we find that they’re more likely to engage with the final version than one that’s not quite ready.”

What was your journey to founding Cobra Mobile? What inspired you?

“When we set up Cobra Mobile the original mantra was “mobile is more” because this was back in the Java Phone days – I always felt that mobile was fun but they were hard to get to. Mobile games were fun for the people playing them (which was only about 5% of Java Phone users) so we were creating fun, little games when we launched in 2005.

In 2007, the mobile industry plateaued as there was no direct publishing routes – you had to go through a publisher or partner so as a developer you always got a percentage of a percentage. What then became important in the mobile games industry was localisation and doing ports because in the Java space you might have 400 handsets to develop for.”

“In 2007 we started to play around with more casual stuff because the mobile industry started to eat itself before the iPhone was released and Apple announced their plans for the app store. The iPhone was slightly daunting to some games developers but we were lucky that we got some advanced kit and discovered that we can publish games ourselves on what looked like a mini console screen. This was revolutionary and we decided to focus more attention on iPhone games which, at the time, was like stepping into the unknown.

Our first iPhone game did well and our second game, Low Grav Racer, got picked up by Apple’s Global marketing team and was shown on TV adverts across America. That was a classic example of us having a game idea then sketching prototypes in 2 days before spending 2 days putting it on a device and releasing it straight away.”

How has being based in Dundee impacted your business?

I’ve been at and visited a lot of companies across the globe and I believe that the collective of people driving an organisation help shape its success. What Dundee has given us is great staff. Because I’ve travelled all over the world and I’ve met so many people, I can genuinely say what we do is up there with some of the best in the world and our geographical location is irrelevant. A lot of people think you need to be based in tech hubs either in New York or San Francisco and I always say that’s rubbish. You need to be where the best team possible are happy to collaborate and work together. Dundee’s universities are pumping out a lot of high calibre students so we give them the opportunity to blossom in a way that grows with the company.”

“A lot of people think you need to be based in tech hubs either in New York or San Francisco and I always say that’s rubbish. You need to be where the best team possible are happy to collaborate and work together. Dundee’s universities are pumping out a lot of high calibre students so we give them the opportunity to blossom in a way that grows with the company.” 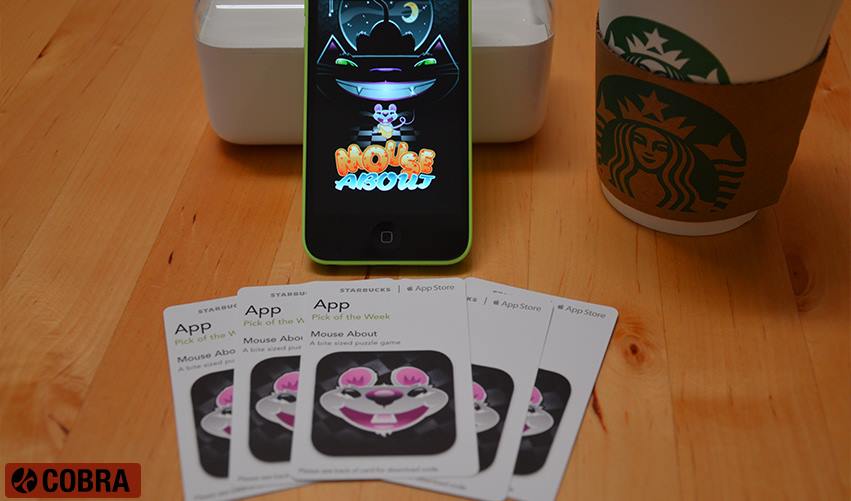 What has been the biggest challenge in your career at Cobra Mobile?

My biggest challenge that I personally have is communicating what I have in my head effectively with words that translate excitement and passion. I think a lot of people have this issue where you have an idea in your head and you want to get that exact mental image through to others – it’s a bit like explaining a dream to somebody.

We use a lot of whiteboards to try and overcome this but when I have an idea for a game, I’m almost playing it in my head and I think it’s a real challenge to explain this so that the rest of the team imagine exactly what I do.

What do you think the future of Dundee’s gaming industry holds for companies like Cobra Mobile?

The future is product driven. It’s all about creating the best products and taking them to market in the most successful way. Dundee has enough games companies to be creating amazing products. I always say Grand Theft Auto was built in Dundee but it was made in Edinburgh – that’s where the real success was made. From that, Rockstar North is a global beacon for the industry on what you can do with a successful product and I have all the confidence that Dundee can create another hugely successful IP or IPs. We’ve done it in the past – if you go back to 100 years ago, DC Thomson has hugely successful in making great products.

As a city we’ve done it before but it’s just a question of when will the next big one arrive and elevate the city to another level. Don’t get me wrong, Dundee is pretty good at the moment and very well respected globally but it would be great if we could move up a level.

Talk is cheap, we can mention all the great things from Dundee but unless you’ve been here, lived here or studied here, it’s just like any other city – what you need is a product that is massively influential. Facebook is a prime example, everyone knows that it’s an American brand that was developed by Mark Zuckerburg whilst he was at Harvard. We need another 1 or 2 nucleus IPs that will help take Dundee to the next level. 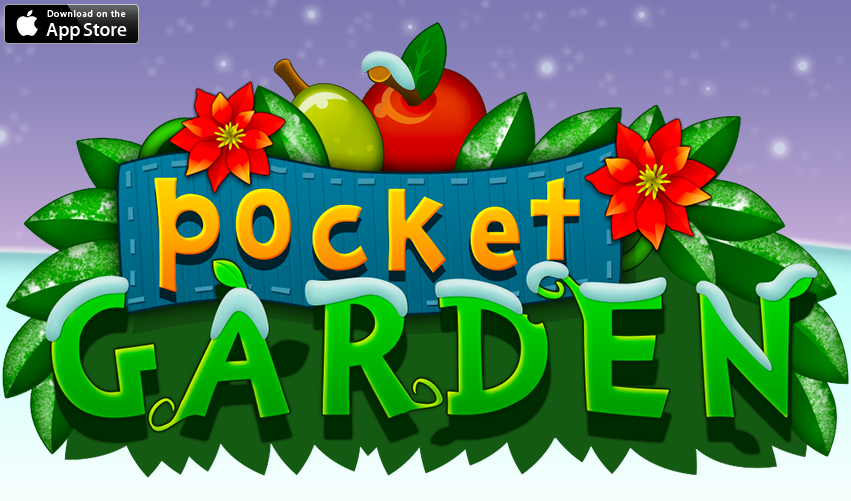 How do you engage with potential users when developing a game to make sure that it is something they would play?

We do focus tests. We bring people into the office and get them to play demos before providing feedback – but that’s usually after we’ve had the nucleus of the idea and we’re in mid creation. When we create a prototype or idea we know if it’s going to be good or not based on staff reactions, we’re not a company of super fans that say everything is fantastic – that’s just not us! We have enough people who can put their hand up and say if they think something won’t work which allows us to start a product off in a particular way. Games being software products have a tendency to grow arms and legs so a lot of the time it’s about taking the big ideas and narrowing it down to what the product is and once we reach that point, then we bring people in for either an internal or external focus group.

When people play a prototype we watch them and ask what they like but more importantly, what they don’t like because it’s important to know that so we make less of what they don’t like. I’d say it’s 70% internally knowing how to craft a product so that it’s pointed in the right direction and 30% getting feedback to fine tune the product.

Lastly, what advice would you give to start up gaming or tech companies in Dundee?

Be honest with yourself, understand what you’re trying to make and try really hard to not get distracted. Always try to get good advice – it’s worth it’s weight in gold. Anybody can give you advice but it’s the good advice that really helps.I’d also say never be full of ego – you need to understand when to listen and when to ask questions.

It doesn’t matter what anyone tells you, if you have something you’ve been working on and you’re proud of, go and do it. What’s the worst that can happen?! If you do something and it doesn’t work out, at least you have the experience and can understand why it didn’t work. It also helps in job interviews if you’re able to describe a project you worked on and articulate why it didn’t work – this shows that you can learn from mistakes.

My main piece of advice is to just do it, everybody talks about wanting to do something but don’t always go and do it. To be successful, it doesn’t matter what industry you’re in, the first step is to create something that appeals to your audience – execution is one of the hardest things but, no matter the outcome, if you’ve worked hard at something you’ll know whether or not it’s something you want to continue pursuing.