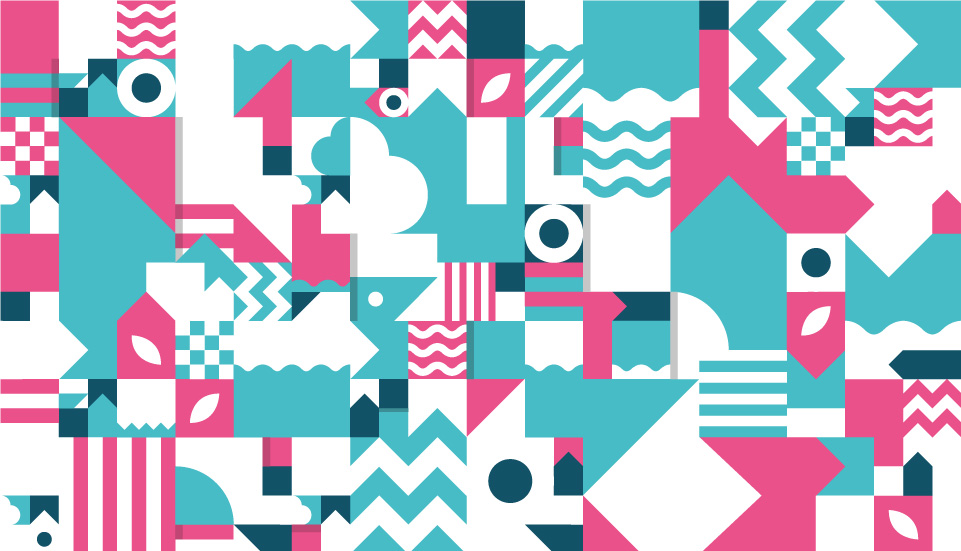 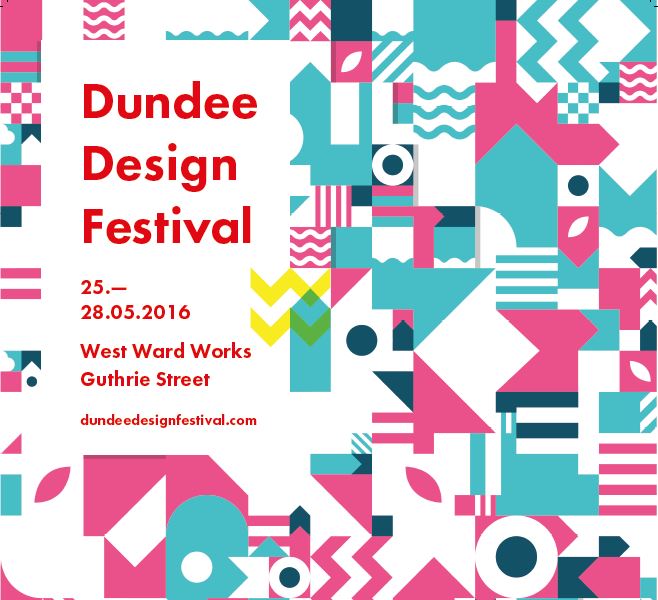 Dundee Design Festival has a brand new look. The new visuals will be used to promote the festival online, offline and everywhere in between from 5 April 2016.

Created by Fleet Collective, the inspiration for the pattern design and colour palette was taken from Dundee’s skyline and industrial sized printing warehouse where the Dundee Design Festival takes place in May.

“Dundee often gets represented very literally in design – we wanted to create an abstract design for the city from the viewpoint of the building where the festival will be based at West Ward Works. We wanted to make something that would work across scale and be a base for experimentation leading up to and during the festival – something that people could explore in different ways.

The colour palette was based around the 4 colour process used for printing and references what the building was used for in the past – a printing warehouse for DC Thomson Publishing.

The idea came along when I was inside the festival venue looking out of the massive windows at all of the different shapes that make up the cityscape. Without being too literal about it the shapes are representative of the history of Dundee but the pixels and digital design are a good representation of Dundee as it is today. The pattern is very specific to Dundee but even more specific to the building that the festival is taking place in.” said Designer, Lyall Bruce of Fleet Collective.

Siôn Parkinson, producer of the Dundee Design Festival says “The amazing opportunity this festival gives us is that we can be totally reactive to the design activity around us right now.”

The design work created by Fleet Collective for the Dundee Design Festival really captures this moment. It’s playful without being irreverent. It speaks to the rich historical context of design in the city of print and weave, but at the same time looks forwards. It speaks of a digital glitch, of puzzle games where everything connects. The process has been less about creating a traditional mark than about creating something where a pattern itself is the identity. It’s something I’m sure that will have a lifespan beyond the dates of the festival. And we’re hoping to make the design work available to everyone to use in different ways by putting the files up online as open-source. I’d be interested to see how people work with them.”

Dundee Design Festival is the first official event programmed as part of Dundee’s designation as a UNESCO City of Design.

The festival runs over four days between 25th – 28th May and will include a large scale exhibition, talks, demonstrations and events. The main exhibition space will highlight many of the strengths of the city, including looking at design in life sciences, healthcare, computer games design, textiles and print. Design from Dundee will sit alongside international names and exciting new talent from throughout Scotland.