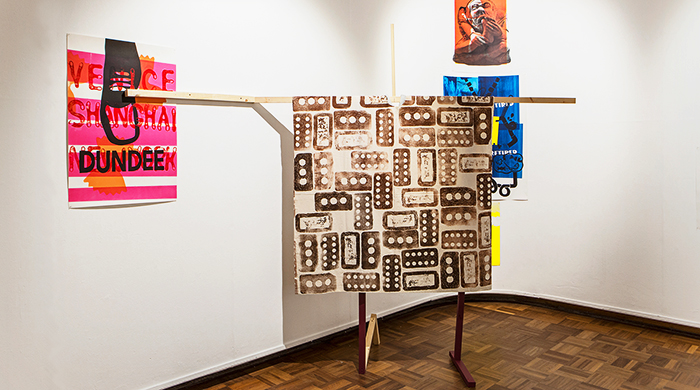 Following the successful realisation of Phase One of Cooper Gallery’s major international project CURRENT | 不合时宜: Contemporary Art from Scotland in Shanghai in summer 2015, Cooper Gallery and the British Council are delighted to announce the forum Here Was Elsewhere: A Memorandum of a Summer in Shanghai.

Taking place on the evening of the 13th April from 6pm-8.30pm at Cooper Gallery in Dundee, the forum will feature artists Poster Club, Anne-Marie Copestake, Edgar Schmitz, Ross Sinclair and Corin Sworn who are involved in the CURRENT | 不合时宜 programme and specially invited speakers from both China and UK including JJ Charlesworth (art critic and publisher of Art Review), Wang Nanming (independent curator and critic) and Weng Yunpeng (Director, Minsheng Art Museum, Shanghai). Chairing the forum will be Professor Chris Breward (Principal, Edinburgh College of Art). Through questioning political, social and economic discourses, CURRENT| 不合时宜 unveils how the present moment is mediated into culture.

Here Was Elsewhere: A Memorandum of a Summer in Shanghai will share the experience gained and further expand the thoughts and discussions developed along the journey from Scotland to China. The forum will problematise the fictionality of the ‘contemporary’ that revokes the multiplicity of history in favour of a single all encompassing image; now, which is the critical focus of CURRENT | 不合时宜, to instigate what it means to create a transnational exhibition/cultural exchange programme in a world of shifting geo-political and social realities and how art can distinctively re-negotiate the similar yet different relationships that two locations have with a ‘globalised’ world.

This event is free however Cooper Gallery ask that you RSVP in advance via their Eventbrite page here. 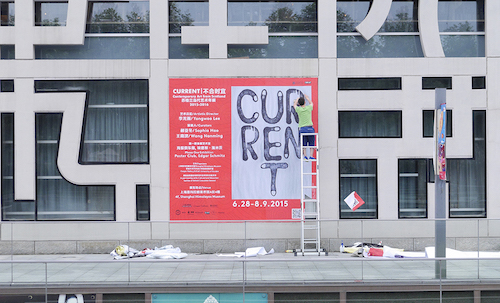 Image from Phase One of CURRENT at Shanghai Himalayas Museum in summer 2015. Photo courtesy of Michael Stumpf.

JJ Charlesworth is a freelance art critic and since 2006 has worked on the editorial staff of the London-based international art magazine ArtReview, where he is currently the magazine’s publisher. JJ studied fine art at Goldsmiths College, London, in the mid-1990s, before turning his hand to criticism. Since 1999, he has published reviews, articles and commentaries in publications such as Art Monthly, Flash Art, Modern Painters, Contemporary, Time Out London, Third Text and the Daily Telegraph. He has also published many features and catalogue essays on artists such as Roger Hiorns, David Claerbout, Sarah Lucas and Liam Gillick. 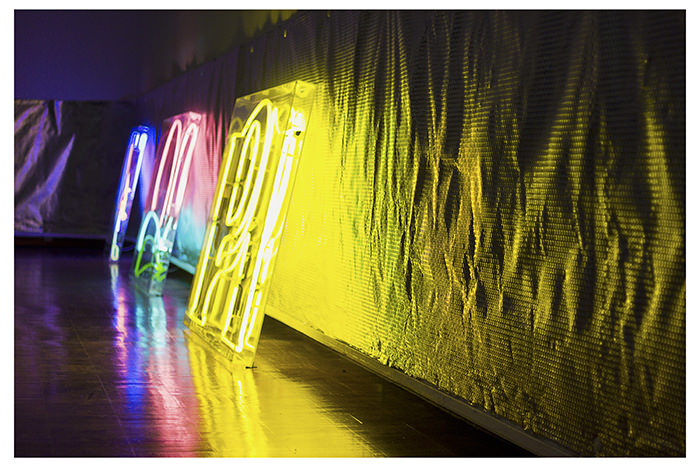 Wang Nanming is an independent curator, critic and artist based in Shanghai, China. Wang is best known for his research, and writing on contemporary art in China, and is considered one of the most distinctive voices in Chinese contemporary art; his paper “Shanghai Art Museum Should Not Become a Market Stall in China for Western Hegemonism” delivered at the 3rd Shanghai Biennale in 2000 gained praise from all quarters (In Wu Hong. ed.) Chinese Art at the Crossroads: Between Past and Future, Between East and West, 2001. Wang is an active advocate of “Avant-garde,” “Post Avant-garde,” and “Metavant-garde” art within a Chinese context. His recent work examines how Chinese contemporary art responds to the world, and how it contributes its specific perception of Contemporary art within a global context. Collaborating with Cooper Gallery DJCAD curator Sophia Hao, Wang Nanming co-curated Phase One of CURRENT|不合时宜：Contemporary Art from Scotland in 2015.

Weng Yunpeng is Director of Minsheng Art Museum, Shanghai (opened in 2008), one of the largest non-profit public art museums in China today. A graduate of East China Normal University in 1989 where he majored in oil painting, Weng obtained his MA in Painting from the Central Academy of Fine Art in Beijing in 1997, he undertook a PhD research course in Painting at Tsinghua University in 2000. Alongside his organizational commitments and curatorial work, Weng has always pursued his own artistic practice and is known for his painting, photography and moving image works. As an artist, Weng has been shown in major art museums in China and internationally.