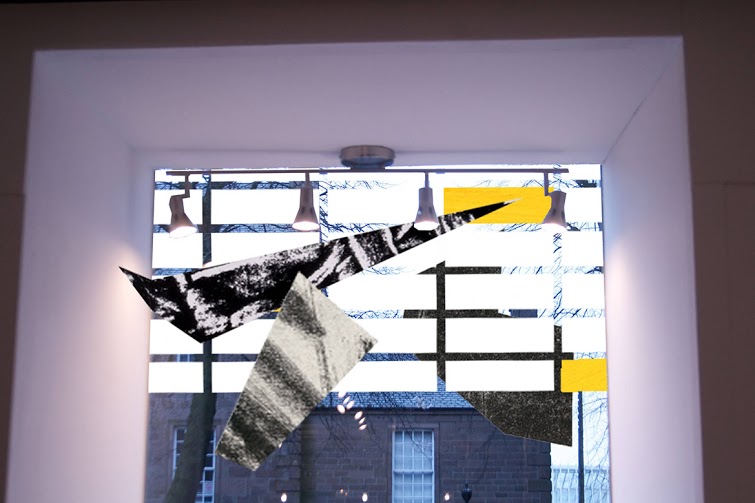 Third year Illustration student at Duncan of Jordanstone College of Art & Design, Jennie Bates has been working with Cartocon, a menswear store recently launched on Dundee’s Nethergate, to produce a window display for them. The new window display will launch on Friday 29th April from 6-8pm with free refreshments and music from ALL GOOD.

The project came about when Jennie started a university module on Enterprise which made her question how she could promote her work in Dundee. Having previously produced a window display for Urban Outfitters on Edinburgh’s Princes St, the was simple – she was going to produce another window display, only this time in Dundee.

Cartocon is a new menswear and lifestyle shop on Nethergate which stocks several brands including its own label. After venturing in, Jennie met with one of the company directors, Shafeeq, who mentioned that they were keen to do projects with local artists and students which tied in nicely with Jennie’s previous work. Knowing that Urban Outfitters and Cartocon have a similar target market, she took the plunge and emailed Shafeeq with some photos of her work and a proposal to do a window display. 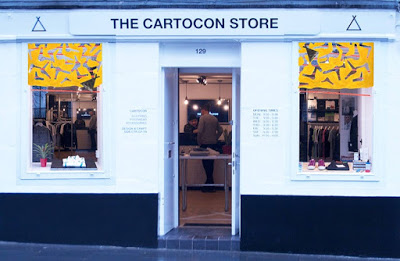 Jennie’s brief stated that she must be able to include the Cartocon logo on her work and the rest she was able to do herself. She stated:

“I’m so excited about the opportunity to work with an up-and-coming brand in my adopted hometown of Dundee. The project has been a great learning curve in terms of design and budgeting and it’s great to get the chance to showcase my work on such a busy street.”

The new window display will launch on Friday 29th April at Cartocon, 129 Nethergate from 6-8pm with free refreshments and music from ALL GOOD. You can find out more information on their Facebook Event page here.