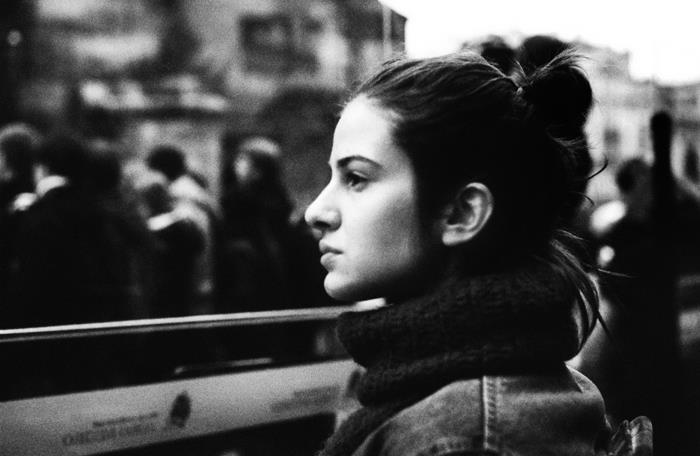 We’re finishing up preparations for Mass Assembly on Thursday and are sorry to announce Aleksandra Savanović from Belgrade is no longer able to make it because a visa didn’t come through in time, and whilst we are really disappointed by this situation we have vowed to make sure that Nova Iskra’s story is shared with you.

As we are big fans of Nova Iskra, and we know that some of you were really looking forward to hearing from Aleksandra, we took advantage of technology and conducted an interview with her via email. This has allowed her to tell us more about her journey and what Nova Iskra does.

What was the main reason for you founding Nova Iskra?

Basically there were two reasons. On one hand Nova Iskra (NI) was supposed to support young designers (this could be in any field such as graphic design or architecture), both by providing infrastructural support (a place to work, meet with clients, interact with the community, meet people etc.) and education in various forms (both in terms of broadening the understanding of design and pertaining to the question of how creative professionals work nowadays and how we are to manage in these new conditions). Pretty soon we came to realise that this support also encompassed creating job opportunities for designers. On the other hand, the idea was to raise the prominence of design and advocate its importance in various industries/fields as design was practically reduced to its marketing function in the local context.

I would say that today these reasons still remain a part of our motivation but are somewhat distorted (for example our community was broadened to include IT and business community, social businesses, arts and humanities), while other new reasons have also emerged (not only to figure out how work works but also to understand why and how we can think or organise to adapt to the negative consequences of these changes). 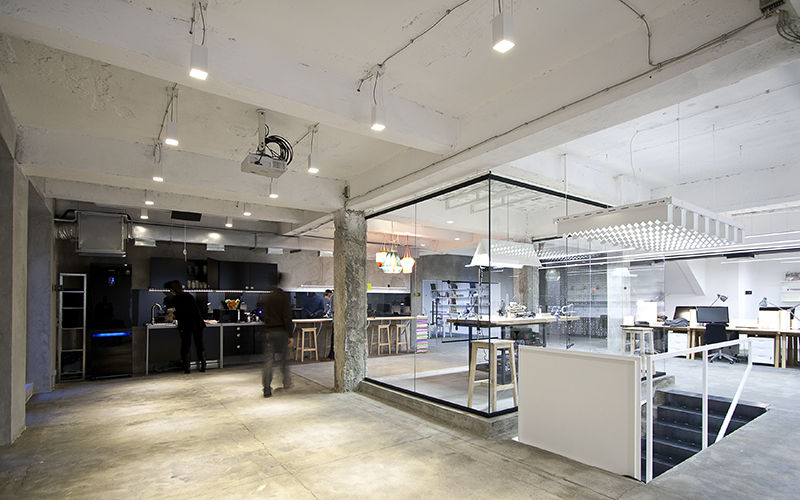 What is the best thing that has happened to Nova Iskra in the past 12 months?

For me the best thing was that we finally had some time to devote to understanding what we actually do and how we do it, to define more closely for what we stand for and what our purpose is (both as an organization and as a team of individuals within the organization), we worked a lot on our organizational structure and culture. This was a very hard process but also quit fruitful from which we grew both personally and as an organization.

Who was your favourite collaboration and why?

This is hard to answer for Nova Iskra as a whole since we are 10 people and each of us has his/her own responsibilities, areas of activity, scope of collaborators, interests, they overlap of course – the question of favourite can only be answered from a personal perspective. I loved working with social businesses and especially women organizations (although this was often very hard, it felt like the impact was potentially the greatest). Also I am personally very keen on working with academia and on topics that pertain to politics, and the projects that facilitated this sort of collaboration were my favourite. 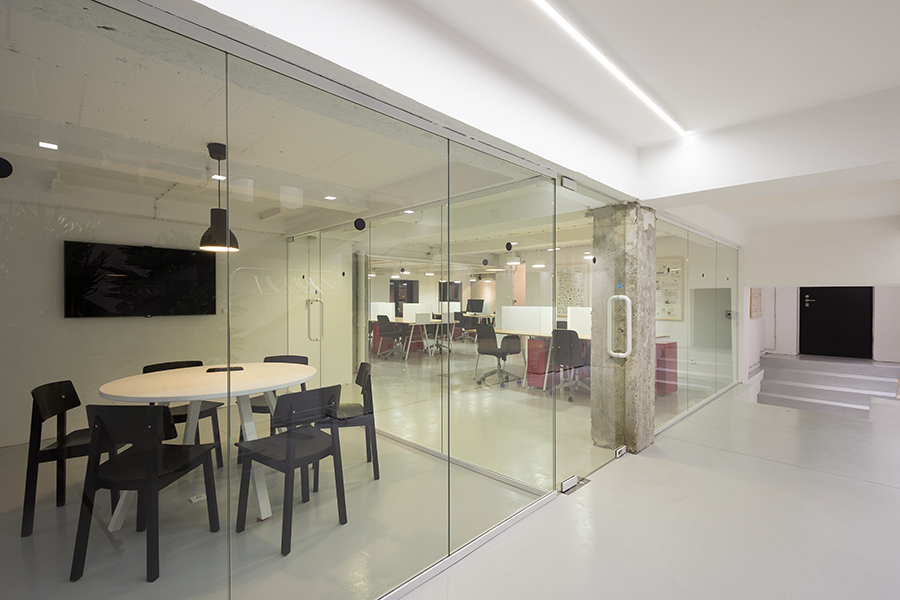 Can you tell us more about the FOLKK project? How did that partnership come about?

The FOLKK project started from a relatively naive idea that there is a growing market for well-designed quality products that are at the same time concerned about the conditions of their production (both socially and environmentally). In a way we wanted to make a transition or maybe more precisely to supplement our activity of service-provision with self-sustained production. The idea was naive in so far as it turned out that this was not the whole story, not even a third of it. We expected challenges in terms of production and this was surely difficult but also very fulfilling. We had excellent collaborations with both designers and makers, we put a lot of effort into mapping organisations that engage socially disadvantaged groups and individuals, we gave our best to structure a viable business model that could benefit all those involved. However when it came to sales, things started to become much more difficult than we hoped for: we realised that the market is already flooded with similarly-envisioned ventures, that even though we were right to assume that the internet allowed for easier access to foreign markets, the question of visibility in these markets could only be answered through huge investments, that there is a great dependence on everything from distributors and retailers (whose interest rates were shockingly high from our perspective), to bloggers and influencers, that the fact that we are based in Serbia aggravates these difficulties even more (for example packages from Serbia tend to linger at customs for a longer period of time which significantly impacts the impression of our reliability) and that a stand alone business is much harder to sustain than a service-driven company. 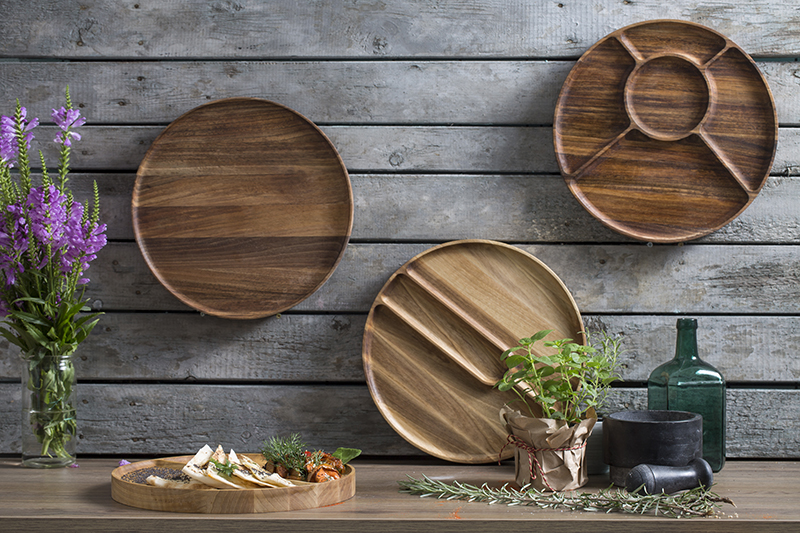 What do you think the future of design holds for creative hubs like yours?

I personally think that the future of creative hubs lies in their transformation into social hubs, that is to say in their social and political contextualisation. Any other possible development trajectory seems to end up in some sort of status quo or even reactionary direction. Creative hubs emerge as almost intuitive “coming together” within a field (creative/cultural industry) that was the first to feel the consequences of the passage to post-Ford-ist production relations and Toyota-ism management paradigm (various forms of freelance and part-time work which have their counterpart in the inconsistency and fragmentation of work, a sort of blurring between work and life, constant feelings of uncertainty and vulnerability etc). As the social capital of the individual within this new paradigm potentially translates into his/her financial capital, the hubs became the places where this social capital is gained and multiplied through active participation in the community. However, I think that we should not think of hubs as the spaces whose purpose it to drive the so called creative economy, some sort of pitstops that help us fuel our own visibility and reputation thus positioning ourselves in the market, but rather as by-products of the new socio-economic reality in which cooperation is not a choice but a backdrop, a necessary precondition out of which arises not only potential individual benefit (for example access to job opportunities and education) but also a new collective subjectivity that allows us to think what kind of economy and what kind of society we want.

Thus, the future of design, especially in its ambitious “social” and “open” forms is heavily dependent on what kind of society and what kind of economy we talk about or do we think about this at all. Design can only be a tool, a methodology but not a purpose in itself. I am not very fond of this fetishisation of the process, yes things are in constant flux, the process itself is important, it can lead to unexpected outcomes and so forth, but processes nevertheless should be directed to certain ends. Design is inherently social, so to say social design is sort of a pleonasm, design has no meaning outside the social context, and this context is paramount to it, aesthetics is always embedded in the political especially when it’s commodified, when it assumes an economic value.

Finally, how important is it for you to be connected to creative hubs internationally?

Certainly its very important to know about different business models, motivations, types of organization, challenges that other hubs are faced with. This means that you learn a lot from others, you come up with new ideas (or copy already existing ones), you compare your model to others, you adjust, you grow. Also, as in the case of individuals/organisations depend on collaboration, both in material (access to finance) and symbolic terms (access to people, opportunities, ideas).