Claire Cunningham – Give Me a Reason to Live 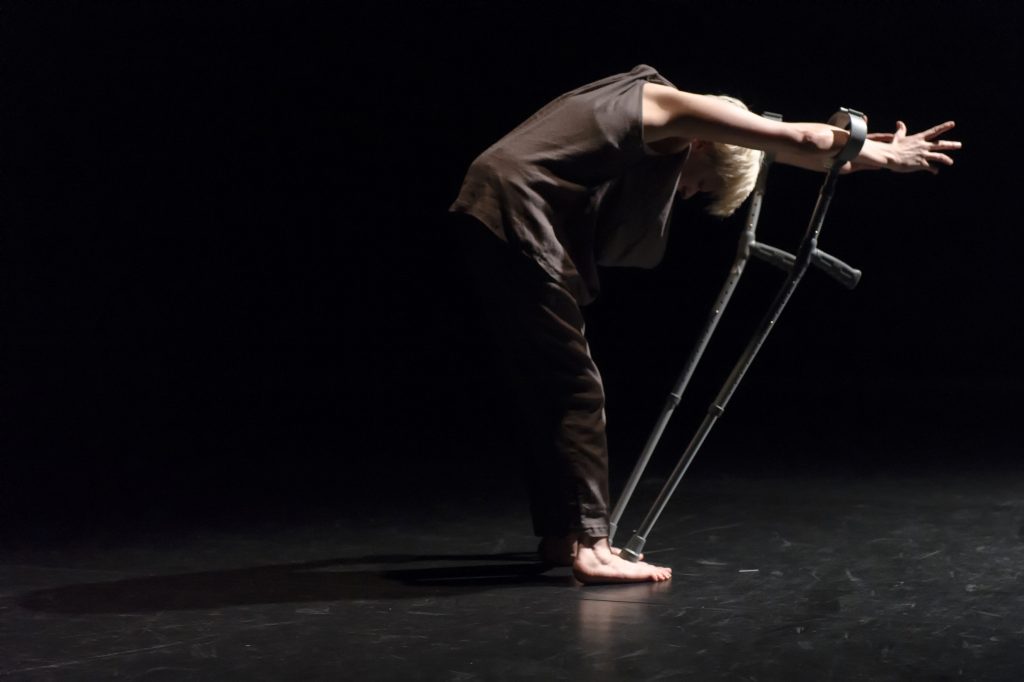 On Wednesday 4 May, 8pm, Dundee Rep Theatre presents acclaimed disabled artist Claire Cunningham‘s Give Me a Reason to Live; Inspired by the work of medieval painter Hieronymus Bosch, this startling solo fuses movement, music and feats of endurance to explore issues of sin, the judgement of bodies and the notion of empathy. Book Tickets here.

In this intense, harrowing and ultimately political piece, acclaimed choreographer and performer Claire Cunningham pushes her mind and body to their utmost limits, in a series of breathless tests of endurance and defiance.  In an intimate, darkened space, the audience witness this illuminated, lone figure choreograph her body to a mesmerising sound score, twisting and contorting herself repeatedly in and out of Bosch-inspired shapes.  As she eventually drops her crutches and stands before us, shaking, vulnerable yet dignified, the audience are forced to face their own dilemma – do they empathise or do they sympathise? And so the artist asks whether a disabled body can provoke empathy, or will it always provoke sympathy instead? Or, indeed, are we moving into a period of apathy towards others?

Give Me a Reason to Live was created by Cunningham following her time on the B Project in 2013/14, which was set up to mark the 500th anniversary of Hieronymus Bosch’s death in 2016. Claire and four other dance artists spent time working together and independently in five European towns, all with Bosch connections or artwork in their museum collections.  In London, they performed improvisations in the National Gallery in front of the Bosch painting ‘Christ Mocked’, as the gallery going public looked on. In Bassano (Italy), Claire spent an entire week working independently in a church, with the whole building to herself, surrounded by religious imagery and iconography.  In Vienna, she attended a lecture on Bosch’s drawing and sketches. A particular series of drawings of beggars, all of whom were disabled, and portrayed as both needy and greedy, caught her attention.  They led her to think about the disabled victims of the Nazi euthanasia program. 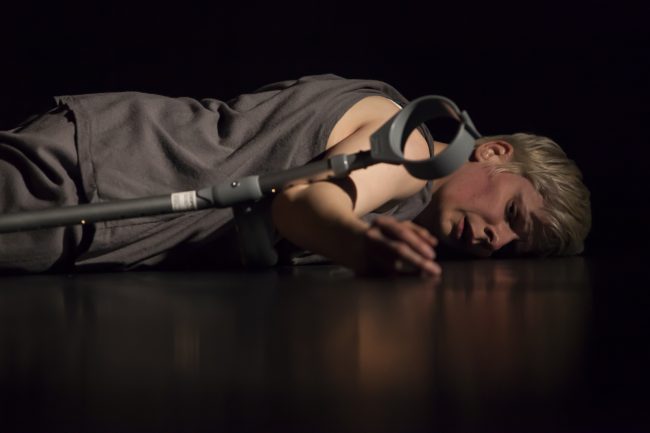 Ultimately, the piece has become a live memorial to those people. Claire Cunningham expands:

“The inspiration for Give Me A Reason To Live came from a collection of Bosch drawings of beggars in which all beggars were ‘cripples’. It was speculated that they might have been symbols of greed for Bosch. This idea, of the disabled being seen as greedy seemed frighteningly current to what I am witnessing now in the UK -the increase of hate crime against disabled people, the drift of the media into labelling disabled people as scroungers.

The idea of disabled people as symbols of ‘greed’ therefore became of interest to me, and reminded me of the shift in society in Germany in the late 30s when the Aktion T4 programme was created, labeling disabled people as  ‘useless eaters’… a waste of food. It seems whenever the economy is seen to be in crisis, or we are told it is, then the notion to ‘kill the weak’ surfaces.”

Give Me A Reason To Live comes to Dundee Rep Theatre on Wednesday 4th May. Learn more and book tickets here.