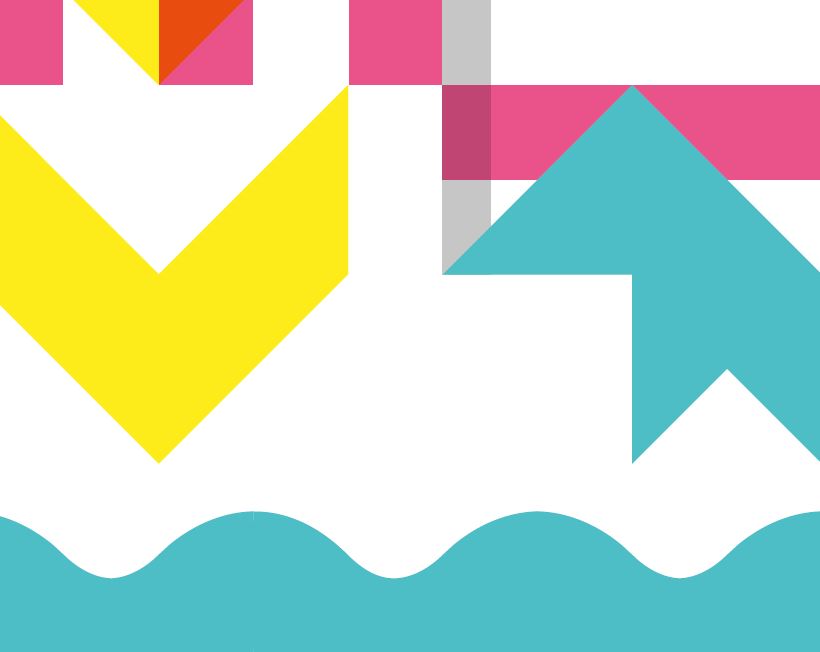 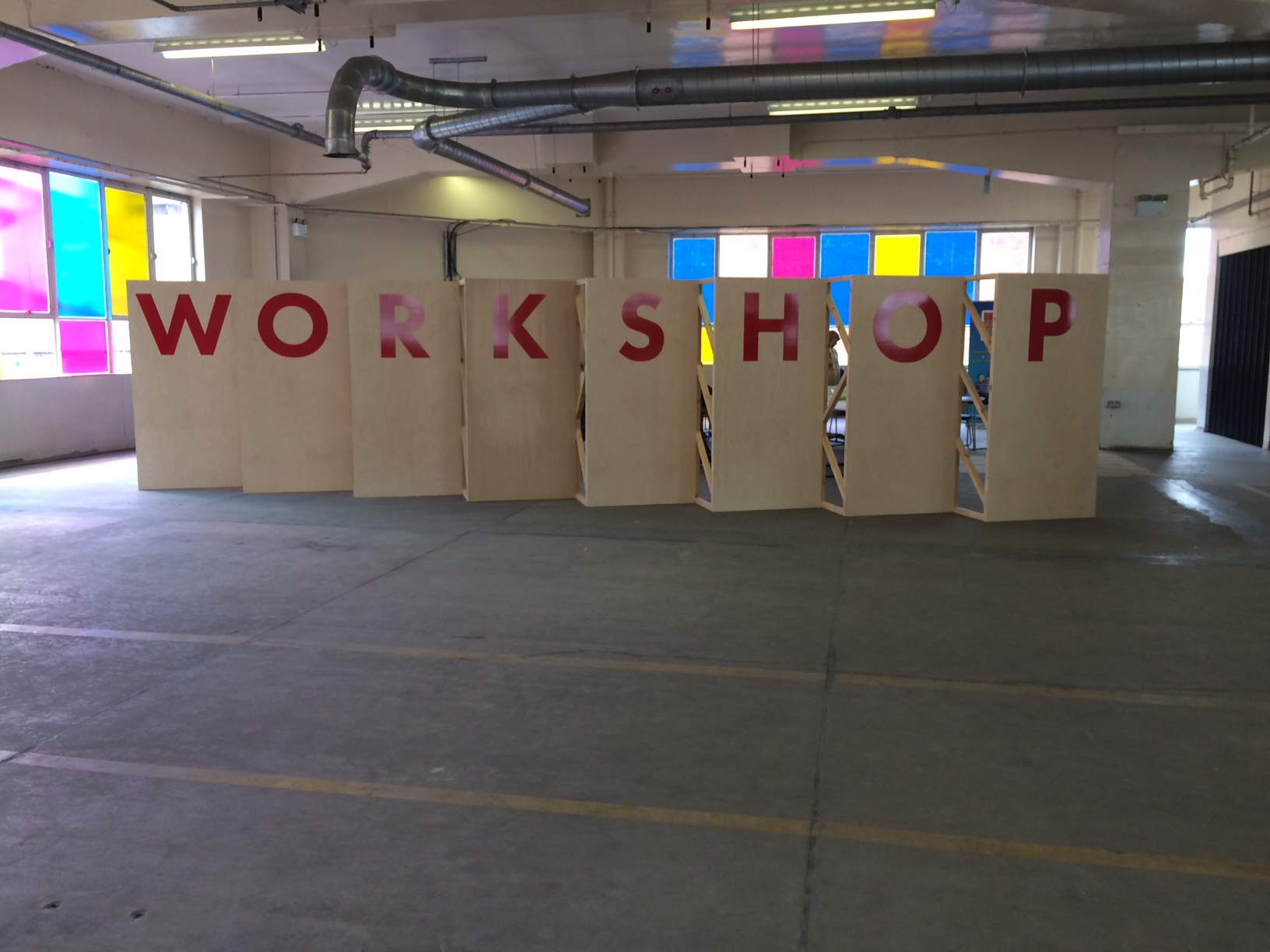 To mark Dundee becoming the UK’s first UNESCO City of Design in 2014, a former print works has been transformed into a temporary venue for four stimulating days of design-focused exhibitions, talks and workshops.

Over 200 primary school children were the first to preview the Dundee Design Festival (Wednesday 25th May) before the doors at West Ward Works open to the public on Thursday 26th May.  The vast industrial space contains three galleries of inspiring objects and ideas from a host of Dundee-based and Scottish designers working in the disciplines of architecture, textiles, social design, digital imaging and gaming.

The festival theme, ‘Place. Work. Folk. Design’ focuses on design for health and well-being and will explore the potential of design to connect communities and improve everyday lives. Several design led research projects will take centre-stage at the 3-day festival from designing prosthetic hands for amputees to re-designing smoke alarms.

On the closing day of the design festival, Dr Niamh Nic Daeid, Professor of Forensic Science at the University of Dundee working with Dave Coss, a Derbyshire fire fighter involved in the 2014 Philpott case where six children died in a fatal house fire will talk about the extraordinary research behind re-designing domestic smoke alarms. And for the first time, reveal a new 10-second alarm that has had a 90% success rate in waking children. 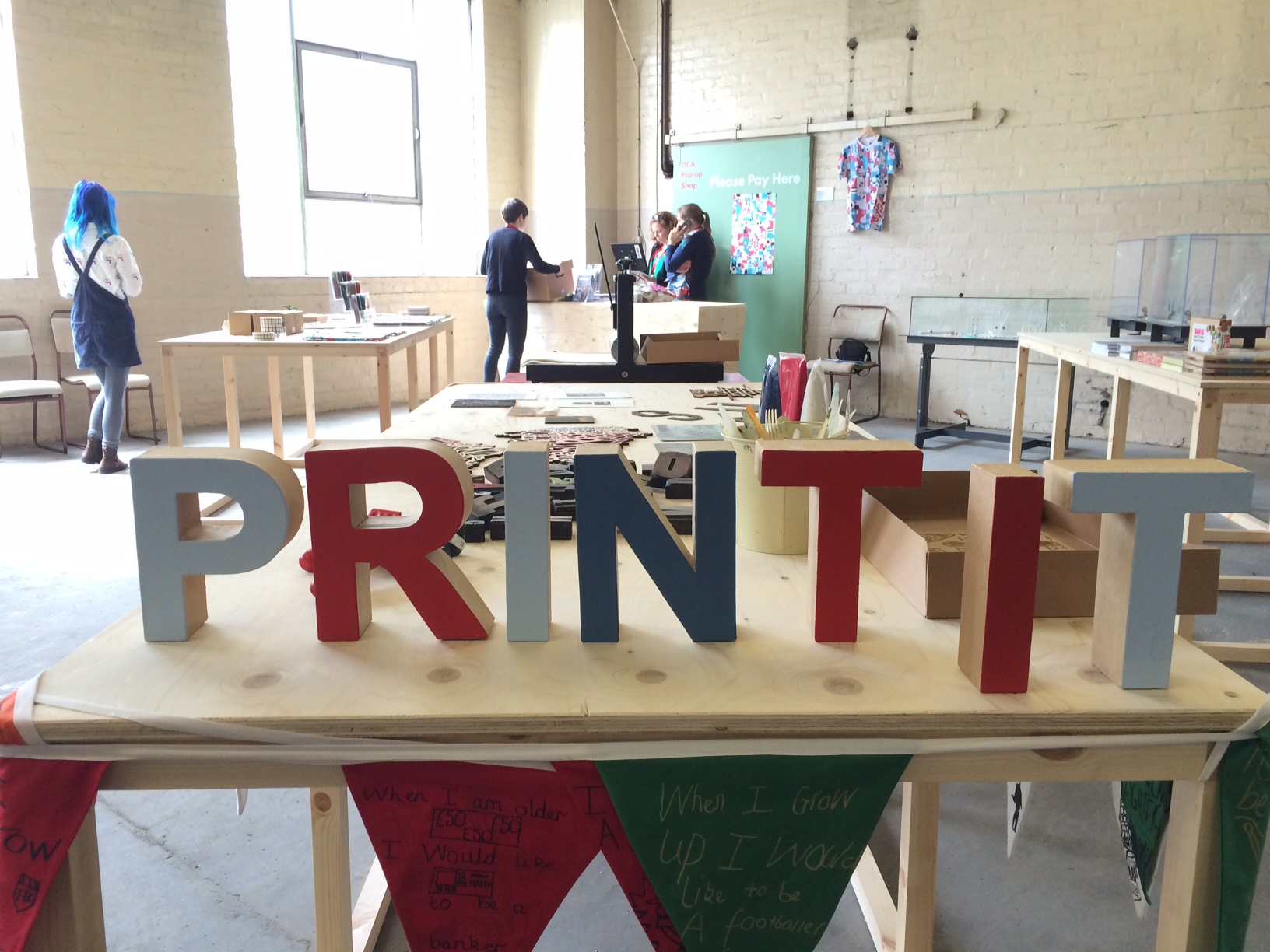 The announcement of the ‘Redesigning Smoke Alarms Design Challenge’ will invite Scotland’s design community to take on a design challenge that may be the first step to saving more lives.

Visitors can also expect to see Prospect North, the Scottish Pavilion at the 2016 Venice Architecture Biennale compressed into a campervan, exhibitions from V&A Dundee, Design in Action and Maggie’s Centre. Other Design Festival activities include withdrawing a limited edition Dundee ‘bank note’ from NCR’s state-of-the art cash machines installed at the venue and trying out workshops in gaming, screen printing, weaving, jewellery and comic book designing.

Some of the world’s leading design thinkers from Amsterdam, Berlin, Helsinki, London and New York along with international UNESCO City of Design cities Graz, Shenzen and Saint-Etienne will travel to Dundee to participate in Mass Assembly, part of the inaugural Dundee Design Festival.

Dundee Design Festival is programmed as part of Scotland’s Year of Innovation, Architecture and Design. The primary school workshops were supported by Festival of Architecture 2016. 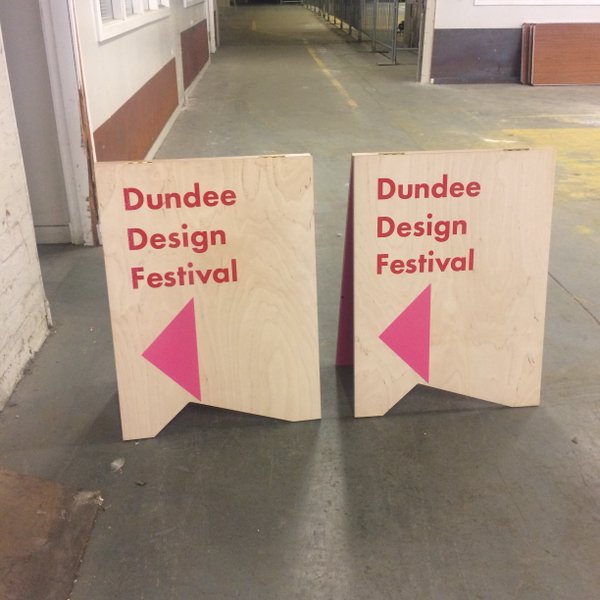 Sion Parkinson, Producer of Dundee Design Festival said: “Dundee Design Festival will tell stories of local design with global impact, stories about what design can do when we join forces. The festival has captured a moment, where in a city the size of Dundee, people are coming together from across studios, campuses, cities and nations to help frame problems and find solutions.”

Paul Bush OBE, Director of VisitScotland, said: “Dundee Design Festival is a great celebration of the city’s status as a hub for design and innovation, and we are delighted to be supporting the event in its first year. It is fitting that in the Year of Innovation, Architecture and Design that the festival will exhibit works by some of the finest designers and makers in Scotland, and will also showcase projects from world-renowned names in a diverse programme that will no doubt attract many visitors from the local area and further afield.”

Clive Gillman, Director of Creative Industries, Creative Scotland said: “The Dundee Design Festival provides a unique opportunity for local residents and visitors to the city to celebrate Scotland’s designers and makers and appreciate some of the world’s leading design thinkers. The festival will further strengthen Dundee in its role as UNESCO City of Design and is a major contribution to the programme for the Year of Innovation, Architecture and Design. This is an exciting time for the city of Dundee, a dynamic city with a strong cultural identity and a history of innovation and creativity” 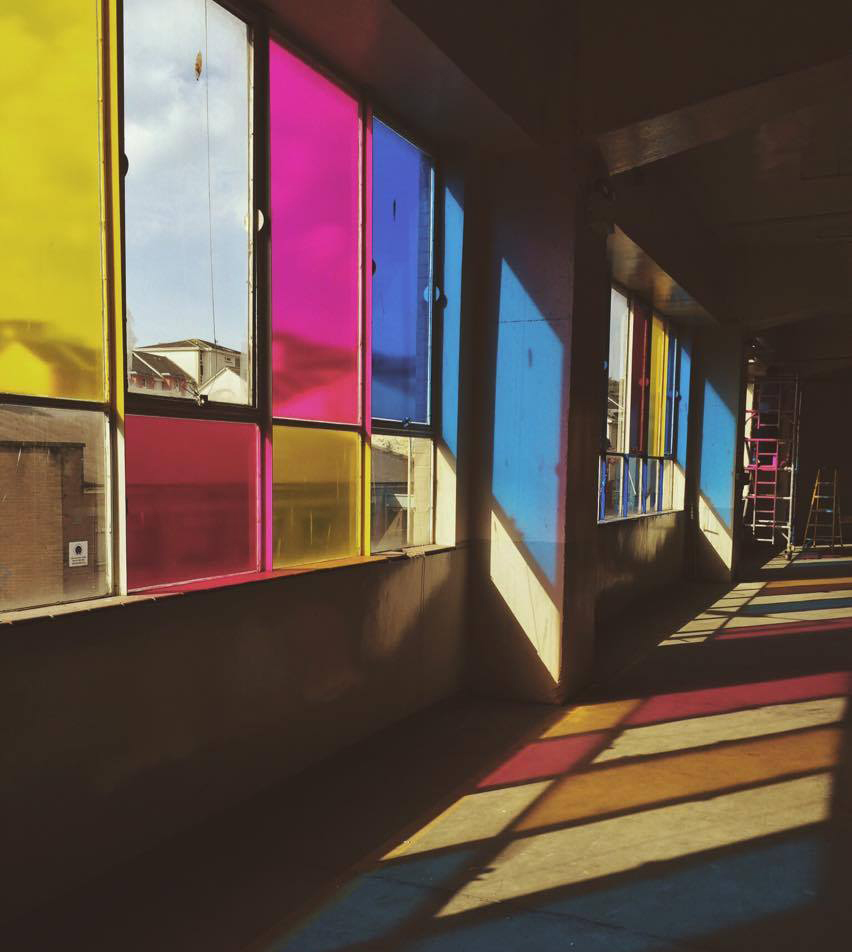 We’ve picked out a few must-see things from each day of the Festival:

Mass Assembly
Design experts from Amsterdam, Saint-Etienne, London and New York will gather for a one-day forum, to discuss the future for ‘collective working’ and how to create hubs and networks for creative practitioners and producers.

Journeys Dundee
Join novelist Zoe Venditozzi as she launches journeys-dundee.com, gathering the stories of Dundee on a map. In this writing workshop, Zoe will help participants describe their memories and craft them into a piece of prose or poetry ready to be uploaded to the site.

Weaving Drop-in
Cally Booker, an expert in the art of hand weaving has set up a temporary weaving workshop for novices to design and create their own piece of woven textile.

Prospect North: Live from Venice
Scotland’s contribution to the 2016 Venice Architecture Biennale explores Scotland and its relationship to its northern neighbours with a focus on people and place.

A Designer’s Guide to Transforming Healthcare
Thomas Holm from Kauffman, the leading healthcare design agency in the Nordic region, gives a change-makers guide to transforming health services and treatments. He believes we need to refocus our capabilities on designing the process of change itself, rather than looking for new innovations.

Wearable Art
Join Dundee Wearable Art 2015 award winner Morag Nowell, and Kirsty Dalton in creating unique pieces of wearable art. You will make your own work of wearable art and be able to take it home – material, tools and support all provided. Sign up here.

Remembering Witch’s Blood
The large-scale community play Witch’s Blood took audiences all over Dundee for a city-wide production back in 1987, and is still remembered as a cultural turning point for the city. The original director Alan Lyddiard brings it back to life after nearly 30 years, with this immersive soundscape, and exciting piece of musical promenade theatre. Learn more here. 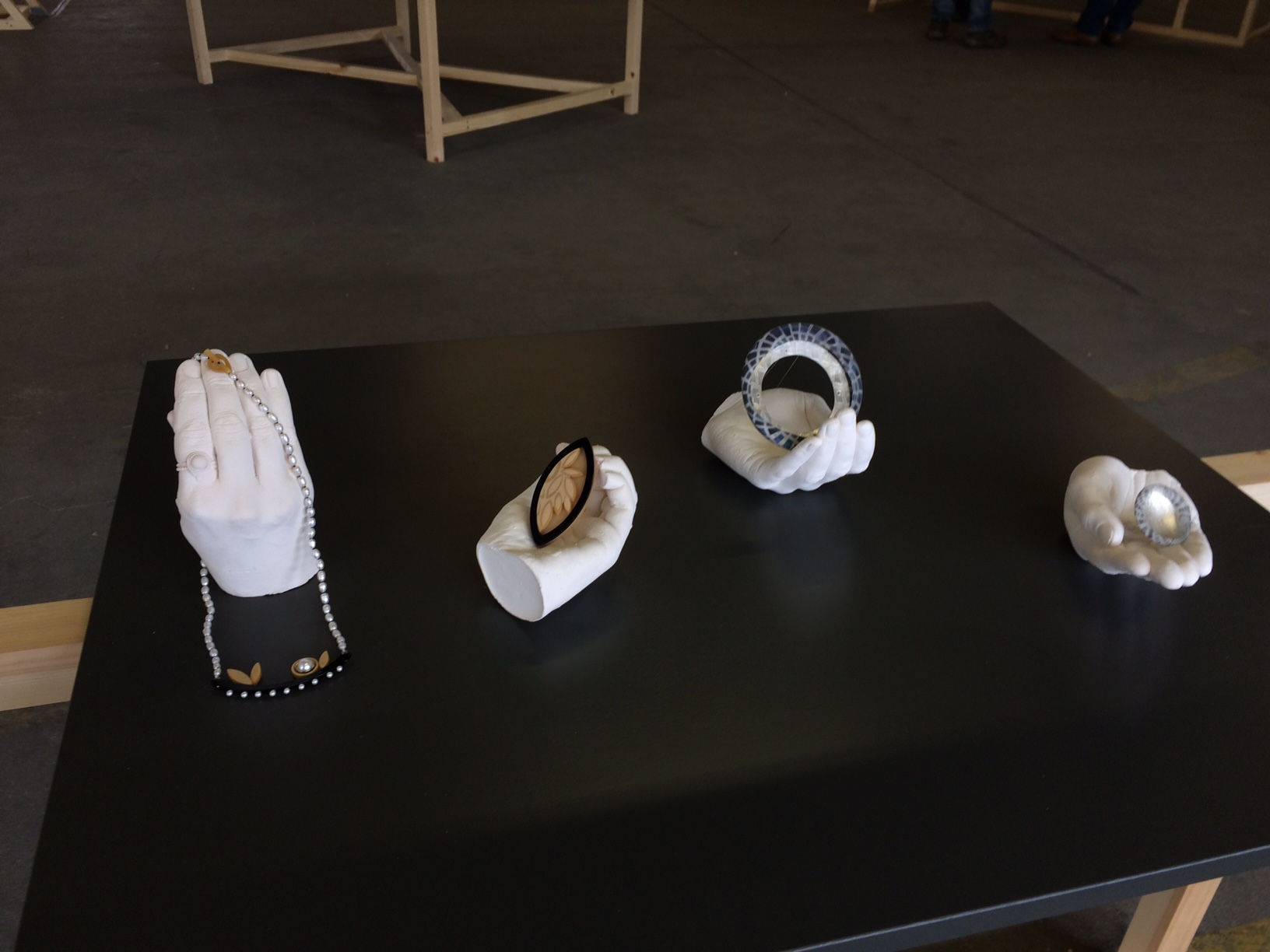 Forensic Jewellery
Maria Maclennan takes us on a fascinating journey through a brand new discipline, combining design thinking with scientific analysis to show how objects and ornaments can be used to help piece together people’s stories after death or disaster.

Redesigning Smoke Detectors
Professor Nic Daeid, based at the University of Dundee’s Centre for Anatomy and Human Identification research centre, was involved in work linked to the Philpott fatal fire in Derby where six children tragically died. Niamh will share her team’s research to redesign smoke detector systems that will wake up sleeping children. Niamh will discuss the exciting Design Challenge, a ‘call to arms’ to Scotland’s games and app developers to create a new downloadable tool and help deliver this crucially important and life- saving work.

Design Build Play
Gaming doesn’t just mean looking at a screen. Join the Game Lab team from Abertay University to craft an experimental, physical game idea in real time, going from concept to playing in just two hours. Expect lots of movement, fun and activity and discover how play is central to games and the creative process.